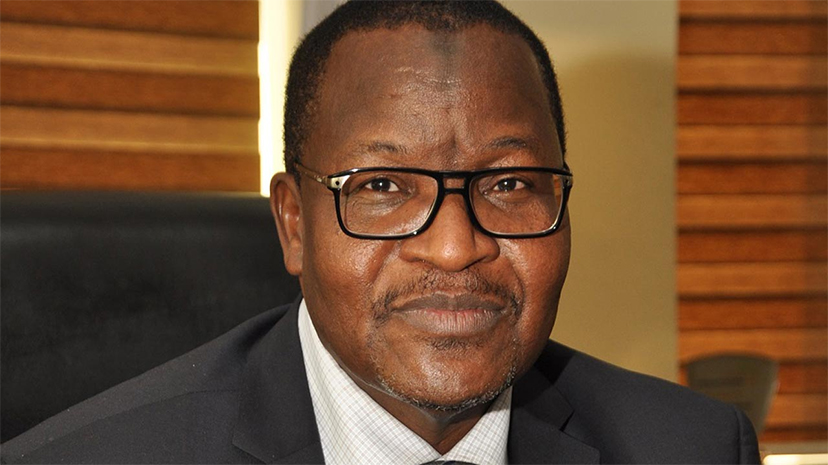 Professor Umar Garba Danbatta arrived at the Nigerian Communications Commission (NCC) as its executive vice chairman in 2015 with a clear idea of what he needed to do to reposition NCC for more effective service delivery. His appointment was seen by industry practitioners and watchers as perhaps one of the few instances where a round peg was fitted into a round hole.

Before then, not much was known about the former university don with a super-rich academic record, whose resume is arguably unrivalled by any of his peers’.

Two years down the line, the telecoms industry and, in particular, Nigerians are the better for it.

Danbatta came with an eight-point agenda that was designed to chart a new course for the nation’s telecommunications industry. The agenda, which covers a five-year period, from 2015 to 2020, is anchored on the tripod of three As, namely, availability of service, accessibility of service and affordability of service, with facilitation of broadband penetration through mobile and fixed infrastructure as the flagship.

The increase in broadband penetration is evident in the fact that in just one year, between 2015 and 2016, the country recorded a four-per cent growth, from 10 per cent to 14 per cent, raising hopes of achieving the 30 per cent target set for 2018.

Under this agenda, the commission has also been able to develop a framework to allow for strategic and systematic licensing and deployment of broadband infrastructure across the country. It has put in place mechanism s for licensing of more infrastructure service providers, issuance of wireless broadband license, etc.

Danbatta’s scorecard so far shows many positives. There has been a remarkable inflow of investment capital into the telecoms sector during the period he has been in charge at NCC. For instance, foreign direct investment accounted for $35 billion out of the about $68.2 billion in cumulative investment as at July, 2016. This is a quantum leap, if it is considered that at the commencement of GSM telephony in 2001, the industry had a little over $50 million in private investment. Also, at the close of 2016, there were about 152 million active telephone lines in the country, compared with a little over 450, 000 in 2001. To be added to this list of achievements are 97 million internet users across the length and breadth of the country. This has revolutionized the way business is conducted, which is now chiefly online, including banking, trading, and other transactions that were hitherto done manually.

Danbatta’s expertise in engineering an effective regulatory system at NCC manifests in the commission’s ability to address the perennial complaints of unsolicited text messages and calls from network operators. This, the commission has been able to do, by mandating operators to dedicate a short code for subscribers to opt-in to do the ‘do not disturb’ service.

In an effort to enhance customer satisfaction against the background of notoriously poor service by operators, which saw subscribers owning numerous sim cards, the NCC put in place a mechanism to allow for number portability. This has enabled subscribers to switch from one network to another while still retaining their original numbers.

The NCC has launched the Open Access Model deployment that would lead to massive broadband connectivity by 2018. As a prelude, the commission issued a broadband spectrum of 2.3GHz band to Bitflux Consortium in a public auction in 2016. It also offered 14 slots, also through auction of 2.6GHz, out of which MTN won six and paid the bid deposit of $16 million for each.

The commission has processed the INFRACOs license for Lagos and the north central zone covering the Federal Capital Territory. It is in the process of extending it to the south-west, south-east, south-south and north-west zones.

At the completion of the period covered by Danbatta’s eight-point agenda, the map of the country’s internet connectivity and mobile telephony will certainly look remarkably different from what it is today.

Danbatta’s achievements in the two years he has been in the saddle at NCC can be seen from the awards he has garnered within so short a period. The commission won the European Award Society for Quality Research and European Award for Best Practices in Brussels, Belgium, in 2016. This came on the heels of the commission’s recognition as the African Regulator of the Year at the African Information Technology and Telecoms Awards (AITTA), held in Accra, Ghana.

It would certainly require a separate volume to document Danbatta’s educational and professional attainments.

A holder of a BEng and M.Sc. degrees from the Technical University of Wroclaw in Poland and a PhD from the University of Manchester Institute of Science and Technology in the United Kingdom, Danbatta served as a lecturer in the Department of Electrical Engineering, Faculty of Technology, Bayero University, Kano, for 28 years. He taught telecommunications engineering and electronics, holding positions of head of department and dean of faculty, deputy and acting dean of students’ affairs, administrator of the Works Department and director of the Centre for Information Technology, at different times.

He served as a member of over 60 committees in the university, chairing some of them. He was chairman of the Implementation Committee of the Kano State University of Science and Technology, becoming its pioneer deputy and acting vice chancellor at inception in 2001.

Danbatta is a recipient of 18 distinguished awards and certificates of honour, and also served two terms of five years each as a member of the Council for the Regulation of Engineering in Nigeria (COREN). A registered engineer, he is a member of the Nigerian Society of Engineers

His position as vice president of the Digital Bridge Institute, International Centre for Advanced Communication Studies, which was set up by NCC in 2004 to build capacity for the Nigerian and African telecom industry apparently prepared him for his current role at the commission. Little wonder he has made a huge success of his tenure, so far.