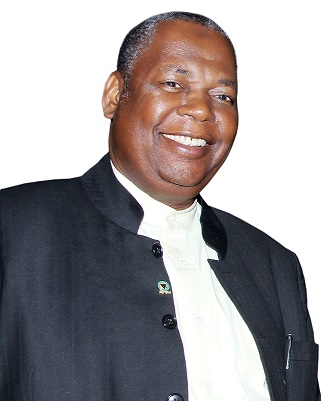 Having been on the saddle since 2010, Ibrahim has continued to reshape the corporation in response to rapid changes in the banking industry and the payments system. The NDIC’s boss has continued to spread deposit insurance umbrella as rapidly as the dynamism and innovation in financial services have continued to evolve.

It has extended deposit insurance cover to subscribers of the mobile money operators by creating the Pass-Through Deposit Insurance Scheme up to the maximum limit of N500, 000 per depositor – the same ceiling applicable to depositors in deposit money banks. This means that payments made through electronic devices such as mobile phones as a virtual bank card, point of sale terminal, Automated Teller Machine, laptops and other portable computers for internet banking services now have valid insurance coverage of NDIC.

This is considered a strategic response, not only recognizing but equally stimulating the development of e-payments by offering protection to users of the facilities, thereby fostering public confidence. NDIC’s quick response reflects its due recognition of mobile phones as an attractive way to promote financial inclusion given their extensive reach to the masses.

To Ibrahim, mobile phones are the single most transformative solution for economic development by providing access to capital and information to the unbanked public at low cost. Deposit insurance, he said, advances financial inclusion because the poor need assurance that their deposits are safe and accessible any time. The assurance helps in attracting the unbanked to formal banking services, he said.

These and other initiatives of the corporation are driving the national goal of financial inclusion aimed at reducing the percentage of adult Nigerians without access to financial services from over 46% in 2010 to 20% by 2020. Some of the other initiatives of the corporation in this direction include public educational campaigns through handbills imparting knowledge of banking and deposit insurance to the public. Its yardstick for success is the extent it is able to satisfy the largest possible number of small depositors.

Some of the publications have been provided in three major Nigerian languages in the effort to inculcate banking habits and financial management skills among Nigerians. According to Ibrahim, the aim is to attract the unbanked and further reinforce banking system stability while guaranteeing deposits in different types of banks.

The corporation has conducted a nationwide sensitization seminar on its mandate and financial literacy for National Youth Service Corps members to deepen the understanding of the role of NDIC in the banking system. In addition to raising the level of financial education in Nigeria, the deposit insurer has also continued to intensify its depositor protection awareness campaign to encourage people to come forward to claim their deposits in closed banks.

In his guide to the banking public, Ibrahim hasn’t left out the menace of illegal funds managers – the so called wonder banks that lure people with high returns offers. He has continued to stress it as a point of caution, sound it as an advice and yell it as a note of warning the danger of patronizing wonder banks.  “For the avoidance of doubt, these ‘wonder banks’ or illegal funds managers are neither licensed by either the Central Bank of Nigeria or Securities and Exchange Commission nor are they under the NDIC deposit insurance scheme”, he said.

For strict guidance, the NDIC’s chief executive officer is asking every intending depositor or investor to look out for a display of NDIC stickers: Insured by NDICin banking halls and entrances of financial institutions before doing business with them. He has established a 24-hour help desk in the corporation with a toll free telephone line and social media platforms for public enquiries on depositors’ claims settlement and stakeholders’ complaints on sharp practices by their financial institutions.

The introduction of bridge-bank approach rather than closure of troubled banks has helped to improve banking system stability, save depositors’ funds and thousands of jobs in the affected banks. The intervention approach has made it possible for weak banks to regain liquidity and continue normal operations. Going forward, the corporation is taking steps to institutionalize the process of regaining liquidity by licensing a private sector-based Asset Management Company to buy problem assets from banks.

Through its supervisory function, the corporation has provided consumer protection to the banking public by ensuring that banking business is conducted in a safe and sound manner. Its risk-based framework ensures that banks are monitored and regulated on the basis of risk exposure. Its differential-premium assessment system ties the premium paid by insured banks with their risk profile. The role has helped to minimize incidences of bank runs and fostered a great deal of macroeconomic and financial system stability.