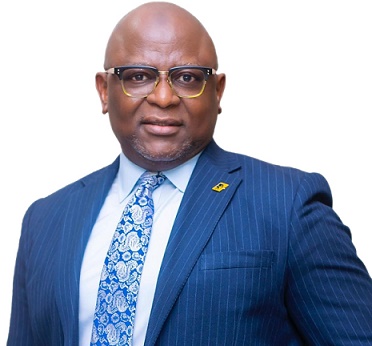 (For maintaining the course of recovery through sustained gain in credit quality, Adeduntan made it to the list of The Top10 Magazine’s top 10 bankers of the year, 2019.)

Dr. Adesola Adeduntan, managing director/CEO, First Bank of Nigeria Ltd, heads the principal subsidiary of FBN Holdings Plc. He provided strong leadership for the bank in 2019 that sustained the course of rebuilding profit for the entire group for the third year running. He charted the course of the cost and income relationship that enabled a marked profit improvement from flat revenue situation.

Fiscal 2019 was the third straight year in which Adeduntan seemed to face a brick wall in pushing up gross earnings. Inability to improve gross earnings prevailed all the way to the end of the third quarter and a decline in revenue for the second year is likely for the holding company at the end of 2019.

In the face of stagnating earnings, rising operating cost posed the biggest challenge ever for the bank’s management, consuming more than one-half of gross earnings at the end of the third quarter. The bank hasn’t seen the cost margin that high in six years since 2013.

It was apparently a new battle line for Adeduntan in the operational frontline in the 2019 financial year. He had in 2018 overcome the challenge of massive loan losses that sent profit crashing for two years.

In 2019, he had to face squarely the challenge of rising operating cost that has been trending since 2017.  He also had to contend with sticky interest expenses against a decline in interest income. That caused a drop of 4.5 percent in net interest income at the end of the third quarter.

These challenges put the bank’s profit recovery course in jeopardy and the strong profit growth records of the preceding two years was in danger of being broken. In order to save the situation, the bank’s management needed to save as much costs as possible elsewhere to put a seal on rising operating cost.

Good news came from loan impairment expenses – with which Adeduntan built the force for profit recovery in the preceding two years. Loan impairment charges kept on dropping at accelerated rates through the quarters – from 45 percent in the first quarter to 58 percent at half year and further to 63 percent at the end of the third quarter.

The increased cost saving from the increased margin of drop in credit loss expenses was the tool that the First Bank’s boss applied to dress the kinks on the cost structure of the bank and power profit improvement at the end of the third quarter operations in September 2019.

It was the significant development in the operations of the bank in the third quarter that changed the direction of the operating story from a drop of 5.4 percent in after tax profit at half year to an improvement of 15 percent year-on-year at the end of September 2019. The cost savings boosted net interest income after loan impairment expenses by as much as N38 billion at the end of September 2019.

FBN Holdings closed the third quarter trading with gross earnings of close to N440 billion, a slip from N441.5 billion in the same period in 2018. The problem was interest income – the main revenue line, which declined by 3 percent at the end of the third quarter.

Non-interest income improved by 8.7 percent over the same period but could not level up the decline in interest income. The full year revenue outlook for FBN Holdings indicates a flat position after a marginal decline of 2 percent in 2018.

In compliance with the mandated lending policy of the Central Bank of Nigeria, the bank changed the structure of earning assets in favour of loans and advances. Customer credit portfolio expanded from N1,684 billion at the end of 2018 to N1,820 billion at the end of the third quarter of 2019. The investment portfolio, which expanded by one-third in 2018, dropped by 10 percent to N1,503 billion over the same period.

Despite the expansion in risk assets, Adeduntan kept the overall asset quality improving. The high point of his management action that changed the bank’s operating story at the end of September 2019 is the big cost saving from loan impairment expenses. This indicates that management has continued to make a sustaining gain in credit quality all the way from 2017.

Dropping loan loss expenses has been the bank’s profit rebuilding strategy since 2017. With increasing write backs of previous charges, loan impairment expenses dropped by 33 percent in 2017 and further by 42 percent in 2018.

The bank closed third quarter operations with an after tax profit of close to N52 billion, a year-on-year increase of 15 percent. That overturned a decline of 5.4 percent at half year and brightened the outlook for a sustained profit recovery for FBN Holdings for the third year running.

For maintaining the course of recovery through sustained gain in credit quality, Adeduntan made it to the list of The Top10 Magazine’s top 10 bankers of the year, 2019.

Adeduntan – a veterinary surgeon, chartered accountant and banker, assumed office as managing director/CEO of First Bank of Nigeria Limited and its commercial banking subsidiaries in the UK, Ghana, DRC, Guinea, and Gambia in July 2014. Under his portfolio as well are FBN Mortgages and First Pension Custodian Limited.

Adeduntan has diverse expertise in treasury and risk management, financial management, accounting and internal controls. He is versed in corporate governance, corporate strategy development and implementation, corporate finance and business performance management. He is also an expert in the areas of financial advisory, regulatory and rating agency relationship management, deployment and management of information technology and compliance.

He studied veterinary medicine at the University of Ibadan and obtained a Doctor of Veterinary Medicine degree in 1992. He also holds a Master’s Degree in business administration from Cranfield University Business School, United Kingdom which he attended as a distinguished “British Chevening Scholar. He attended executive/leadership programmes at Harvard, Cambridge, Oxford and INSEAD.