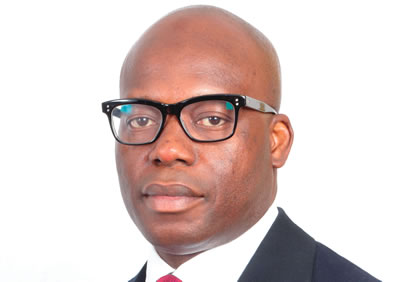 Mr. AdewaleTinubu, group chief executive officer of Oando Plc, heads an integrated energy group he founded with a seed capital of N5,000 and grew to become the largest downstream petroleum marketing company in Nigeria.  He reached a historic milestone in 2014 when he concluded the acquisition of the entire Conoco Philips’ Nigerian business for a sum of $1.5 billion.

The dealexpanded his company’s portfolio in the energy and power space significantly, raising Oando to the status of a leading energy solutions provider in Africa. Oando’s daily oil exploration skyrocketed from 4,500 mbpd to 50,000 mbpd, establishing it as the largest indigenous oil exploration company in Nigeria.

This has not happened by chance. Rather, Tinubu has come a long way to actualising his dream of building Africa’s leading home grown energy company. The company sprang up from a small partnership he startedin his father’s garage in 1994, which later moved to a law chamber. Between these extremities lies the alchemy of entrepreneurial ingenuity, the driving spirit of survival, a tick coating for risk and a tough training to deliver on tough situations.

Tinubu, a first and second degree holder in law from the University of Liverpool and London School of Economics respectively, tried to take over his father’s law chambers but couldn’t help the truth that he was cut out more for business than for law. His restive mind was in exploring deep interest in the oil business.

Tinubu’s expedition into the oil business took off in a tempestuous open boat ride on the sea without a life jacket to Bonny. The journey was to inspect a vessel in pursuit of a contract from Unipetrol to transport diesel from Port Harcourt Refinery to service fishing trawlers.

The high risk was rewarded at the end of the journey. . “The day I went to Bonny anchorage in that storm, I saw The Carolina bobbing up and down and I knew it was our destiny. And I told my partners we were going to buy that ship,”Tinubu told Forbes Magazine.

That gave birth to a new partnership – Ocean and Oil, which sprang up in 1994. Subsequently a deal to buy the vessel was struck with the ship owners and shipping diesel from the refinery to fishing trawlers and later to oil servicing companies became a favourable entry point for Tinubu into the oil and gas industry.

Tinubu quickly established a distinctive edge in the diesel supply business that was built on efficiency, quick product delivery and integrity. These qualities soon became his critical success factor, as they endeared his company to the largely expatriate oil servicing companies. He embarked upon an extensive capacity building that saw a build up from one shipping vessel to a fleet of seven vessels of different capacities, ranging from 1,000 to 30,000 tons. Tinubu and his partners had found their feet in the business.

Moving forward from there was an equivalent of the boldness of the young boy David staging a lethal battle with a widely acclaimed war champion and giant Goliath. Such was a laughable matter when in 2000 Tinubu looked at a federal government owned petroleum marketing giant – Unipetrol, one of the top 10 quoted companies and announced his intention to buy it over.

Laughter turned to tempers when in the same year, against all odds and expectation, Tinubu’s Ocean and Oil won the bid for 30% of Unipetrol, which the federal government offered for private core investors. It was like an ant dragging an elephant to its hole. The deal was greeted with a national outrage. The labour unionswere up in arms against a takeover of the corporate institution by boys frombusiness kindergarten.

The challenge for Tinubu at this point appears to come to its climax. Apart from the powerful labour unions blocking his access to the company he had acquired, he needed to raise $16 million and pay for his bid within two weeks. How to engineer a successful turnaround an over bloated bureaucracy into a profit delivering commercial enterprise needed great peace and calmness that the anxiety over raising the bid money and dealing with the unions didn’t offer him.

How he was able to deal with the challenges and smoothen the operating terrain to permit a stunning corporate turnaround really added new feathers to his elevated profile in courage, risk taking and negotiating dexterity. He subsequently acquired the remaining 30% federal government shares in Unipetrol and formed the new company Oando out of the merger of Ocean and Oil and Unipetrol.

Oando presently has about500 retail outlets across the country and beyond, about 250 km gas pipeline grid for product distributionand employs about 1,500 staff. The company has given birth to a number of corporate entities operating in various segments of the oil and gas industry, all hoisting Tinubu, as the oil czar of Nigeria.