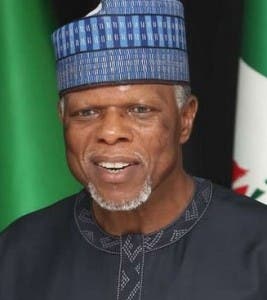 Col. Hameed Ali (Rtd.), Comptroller-General, Nigeria Customs Service, is one of the key figures in the government of Buhari that have given a practical expression to the anti corruption crusade of the administration. Despite the general slowdown in economic activities, the Customs Service has continued to attain new peaks in revenue generation figures. This is one of the major counter cyclical developments that have helped the government to stem the force of economic decline and energise the recovery functions of the economy.

Lack of adequate fiscal space was a major hindrance to government in applying stimulatory spending to head off recession and even to spend its way out of it. The need to grow internally generated revenue became quite compelling in the face of a sharp drop in crude oil revenue. The Customs department was assigned a major role in the task of finding new money at an austere time.

That critical role wasn’t likely to be accomplished in an atmosphere of corruption and inefficiency, which the Customs Service had won as its identification symbol for decades. A new and undefiled spirit was considered imperative in the leadership of Nigeria Customs Service. Curiously finding no career customs official suitable for the post, Ali is the man that the President trusted to carry out a swift surgical operation at the Customs department, close up revenue drain channels and provide the fiscal space needed for stimulatory intervention in the economy.

Ali was considered by many as well fitted for the job at the time of his appointment, being widely reputed as a Spartan anti-corruption crusader. His mission therefore was to carry the President’s anti corruption crusade to the Nigerian Customs Service and to report victory. In his own words, Ali understands that his mandate is “go to Customs, reform Customs, restructure Customs and increase the revenue generation, simple”.

The President is keen to ensure that he has in sensitive positions people he can trust. In Ali, he seems to have found a man after his heart. His trust and confidence on the Bauchi-born retired colonel are rooted on tested character and established integrity. He was the President’s campaign funds manager and later on his chief of staff.

Ali was a prominent figure during the military era when he held a number of critical positions and retired from the service without any character stain or spot of corruption. The Customs’ boss maintained a lifestyle of contentment with a poultry farm after his retirement and a 504 Peugeot saloon car as prized possessions.

He holds Bachelor’s and Master’s degrees in criminology – a training background that has shaped his lifestyle to live above board. He holds it a professional opinion, making it also his practice that punishment must be punitive enough to deter people from crime.

Ali has since embarked upon a number of restructuring measures aimed at enhancing revenue generating capacity and strengthening the service itself in line with his mandate. On arrival at his duty post, he showed the officers of the department the two sides of his operational coin.

The pleasant side of the coin was a hand of cooperation, which he extended to the Customs management to work with him to deliver on the mandate. This was in demonstration that he is no doubt on a worthy mission to provide effective leadership to the organisation. The other side of it was a bombshell: corrupt customs officers will be dismissed, prosecuted and sent to jail under Ali’s new regime of zero tolerance for corruption.

Ali’s restructuring operations commenced with an overhaul of the management team. This involved the retirement of some members of the team and the appointment of new members into the team. A major redeployment exercise then followed, which was aimed at strengthening operations at all critical quarters.

The coming of Ali has witnessed the beaming of the most probing searchlight ever on the Nigeria Customs Service. Detailed operational procedures have been spelt out, requiring the filing of weekly reports to his office on all proven cases of false declarations, deliberate misapplication of tariff, undervaluation, concealment and seizures with full compliments of action taken.

Other major steps taken in restructuring the agency include building an e-auction platform to ensure transparency and equal opportunity for all Nigerians, alignment of the Customs Service’s ranking structure with that of the Nigeria Police Force to give officers opportunities for aspirations and increased outputs. Ali has also established a Customs Police Unit to deal with general indiscipline and criminal cases and has also eliminated unnecessary steps in cargo clearing procedure to enhance ease of doing business in Nigeria.

To the authority given to customs area controllers, heads of units and departments to ensure smooth and efficient operations in their respective areas, Ali has attached the responsibility that the heads will now be accountable for infractions in their areas of operations.

In line with his mandate, Ali has given a significantly enhanced leadership quality to the Nigeria Customs Service. This has reshaped the operating environment for enhanced revenue generation, injecting in the organisation a new spirit of loyalty and dedication to the course of nation building. The Customs Service stands as a living testimony that the government’s change agenda is truly happening.

A historic rise in revenue collection is the operating story of Nigeria Customs Service in the current year with the highest monthly collection of over N140 billion in August, 2018. This is coming after the agency beat its 2017 revenue target by more than N266 billion to register the highest revenue figure of N1.04 trillion for the year.

The change has equally happened in the area of staff welfare to ensure that staff and officers of the department do not need to be corrupt in order to live well. Ali has used adequate motivation of the workforce as the key for obtaining maximum service delivery.

He has taken steps to address a number of anomalies manifest in recruitment, training, posting and promotion of officers. He has also enhanced human resource capacity and enhanced professionalism in the service through training and re-training of officers and men of the service for effective application of the Customs and Excise Management Act.