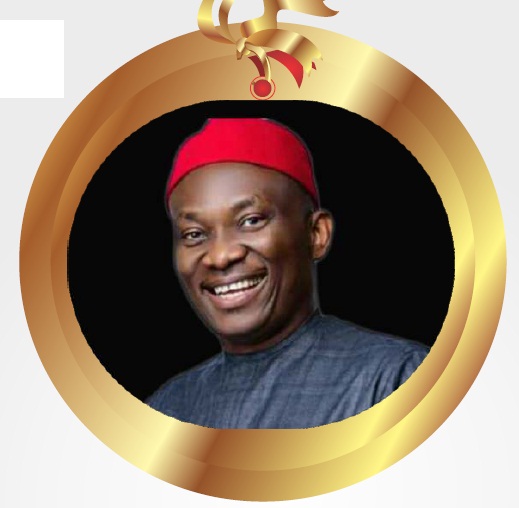 With respect to Rt. Hon. Ndudi Elumelu, the popular statement by reelection seekers in Nigeria, ‘one good term deserves another’, is not just a campaign slogan: it is a reality.

Elumelu represented the Aniocha/Oshimili Federal Constituency in the House of Representatives for two terms between 2007 and 2015 on the platform of Peoples Democratic Party (PDP). Four years later, in 2019, his people voted him back to the Green Chambers on the same party platform on account of his impressive performance during his first outing at the National Assembly. This time, though, Elumelu went as a minority legislator in a National Assembly dominated by the All Progressives Congress (APC). Again, his outstanding performance during his first stint in the House earned him the respect of his minority colleagues who made him Leader of the House of Representatives Minority Caucus.

By the time Rt. Hon. Elumelu clocked one year in the House in 2020, he was already up there reenacting the enviable representation he provided his constituents and Nigeria during the previous period. He has since disproved the notion by many Nigerian politicians that being in opposition is inimical to effective representation. Elumelu has given a lie to that assertion by his exceptional performance in both his legislative duties at the House of Representatives and service delivery to his constituents.

A vocal and effective opposition leader in the lower chamber of the National Assembly, Elumelu has sponsored 12 bills covering diverse areas of national and constituency interests that are at different stages of legislative process. One of them is for the amendment of the Nigerian constitution to make for the creation of Anioma state for his people. He has also moved a similar number of diversified motions on the floor of the House, all of which were meant to impact positively on the lives of Nigerians, including the people of his constituency.

At the constituency level, Rt Hon. Elumelu has notched an impressive number of achievements in the areas of employment of his constituents, empowerment and provision of infrastructure projects. For instance, apart from facilitating the direct employment of 24 constituents in different Federal Government ministries, departments and agencies, Elumelu engaged over 242 persons as Personal Assistants across the Aniocha/Oshimili Federal Constituency. He distributed over N45 million worth of food items across his constituency to alleviate the effect of the Covid-19 Pandemic on the people.

In the area of infrastructure, Elumelu facilitated the provision and installations of Solar Street lights in Ogwashi-Uku in Aniocha North and Atuma in Oshimili North.  Phase 1 of the Projects executed by the lawmaker, including skills acquisition centres, civic centres, new staff quarters and clinic for the Department of State Services (DSS), vocational centres, construction of drainages across the communities that make up Aniocha/Oshimili Federal Constituency, were all lined up and commissioned by the Delta State Governor, His Excellency, Senator Dr. Ifeanyi Okowa, in a three-day Inauguration and harvest of projects in the Federal Constituency.

He facilitated the supply of relief materials from National Emergency Management Agency for flood victims at Oko and other neighbouring communities in Oshimili South Local Government Area. He also facilitated the quick approval of relief materials for persons affected by a Fire incident at the Ogbongonogo old Market through the National Emergency Management Agency.

Impressed by these achievements, Governor Okowa said of Ndudi Elumelu: “As a law maker, you have remained outstanding, and as a politician you are a leading light and a role model for upcoming politicians. As a government, we appreciate your contributions to the growth and development of our country…We remain proud of your leadership role in the National Assembly, and we will continue to make supplications to God to grant you good health and greater years ahead,”

The PDP State Publicity Secretary, Dr. Ifeanyi Osuoza, in a statement, also eulogized Hon. Elumelu for the excellent representation he is giving at the House of Representatives. He said: “It is also a fact that Hon. Elumelu’s voice, in line with his core legislative mandate as a lawmaker and Minority Leader, House of Representatives, has resonated loudly and clearly in championing the cause of the people and the brilliant, courageous work he is doing in the House, continues to give hope to our people, substance to our democracy and consolidation of our credentials and credibility as a nation where democratic tenets bestowed in the opposition, cannot be muffled or stifled.”

Other PDP leaders in the state have poured encomiums on Elumelu for his sterling performance.

It is in recognition of his role as a stabilizing factor in the Nigerian National Assembly by providing responsible opposition leadership that Rt. Hon. Ndudi Elumelu has been voted as the Federal Legislator of the Year 2021 Award by the Top10 Magazine.

overseas. He is a member of several professional bodies, an outstanding politician, a third time member who was Chairman of Power and Health committees during his first two terms. He has several national and international awards and holds many chieftaincy titles from several communities.

He is happily married with children.