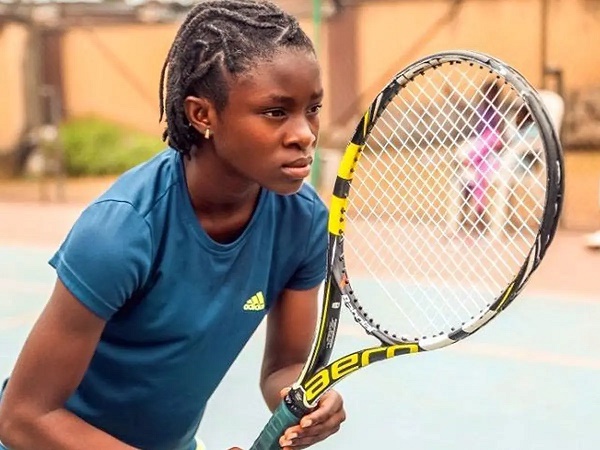 The question as to whether anything good can come out of Nazareth will be answered in the affirmative in the foreseeable future when the world welcomes the first Grand Slam winner from Nigeria. Pipe dream? Certainly not, if you believe that anything is possible under the sun.

What may be considered a pipe dream is actually the target Nigerian tennis prodigy, Marylove Edwards, has set for herself. And if you think the target is the usual fantasy that is commonly associated with children, then the 21 laurels she has amassed, including impressive rankings in Nigeria and Africa, would attest to her commitment to achieving that target.

Serena Williams started playing tennis at the age of three. A carefully planned and religiously followed programme of development through the ages, with her parents fully involved, saw her go on to become the holder of the most Grand Slam tennis titles (23) in singles, doubles, mixed doubles and mixed doubles combined.

Edwards may not have started as early as Serena did. But at 12, she has won what the former world female tennis champion did not achieve at that age. The striking resemblance in the two cases is that Edwrds’ parents are also solidly behind her, morally and financially, and are ready for the long haul with her. That’s why her target should not be dismissed with a wave of the hand.

The Junior Secondary School (JSS) 2 student of Bayonle International School from the Ishan area of Edo State is ranked the fourth best tennis player in the country by the Nigerian Tennis Federation (NTF), and is also ranked the same number in Africa in the U-14 category, even though she belongs to the U-12 category.

She has, under her belt, several tennis titles that include the Central Bank of Nigeria Open (U-12); NNPC Junior Open (U-14); SNEPCO Junior Open; Ikoyi Club Junior Open and the 2016 ITF/CAT West and Central Africa Junior Championships.

Edwards can’t wait to grow up to play among the seniors. At the ITF/CAT African Junior Championships in Pretoria, South Africa, she wanted to play in the U-14 category, but was disallowed, because she hadn’t yet attained the age requirement. “They wouldn’t allow me, and so I played in the U-12, which I won easily”, she recalls.

Three people have been instrumental to the successes Edwards has achieved in her short tennis career, even as a youngster, namely, her father and mother, as well as her coach, Kayode Savage, a.k.a. JayJay. While her parents have provided the moral and financial support, even if it means denying themselves some basic needs to ensure their famous daughter gets everything she needs to excel, including keeping to the right diet and vitamins, Coach JayJay has been the one helping her to hone her skills.

The coach was the one that got a marketing outfit, Temple Management Company (TMC), to secure sponsorship for Edwards to train and participate in competitions within and outside Nigeria. Among the foreign trainings she has participated in was the one at IMG Academy in Florida, Texas, in the United States.

“I have been training Marylove Edwards for the past eight years, and that is when she was just four”, says JayJay. “When we started training, I had made up my mind that she is going to be a project. She won her first tournament, the CBN Junior Tennis Championships, at eight years”.

He said he made it clear to the parents of the child star that nurturing a future world champion wasn’t going to be a walk in the park. “When the Marylove Project started, I told her dad, even if it means going to a bank to get a loan, he had to, because this was a project, and for us to be able to make a mark, no expense should be spared”, he said. “The idea is that if you must be a champion, you have to play among the champions. The likes of Federer, Djokovic and Nadal knew themselves from the junior category. They have been playing together since age 12; they know themselves”.

Edwards has not allowed her quest for tennis glory to stand in the way of her educational pursuits. The highly itinerary nature of her tennis pursuits means that she sometimes misses classes, and even examinations. But she is not just brawn; she is brain, as well. “Even at school, she is among the best in her class”, says JayJay. “Her grades are awesome, even when she has to do the exams alone, which is almost often. She travels most of the time to play in competitions, and so has to sit for exams alone”. 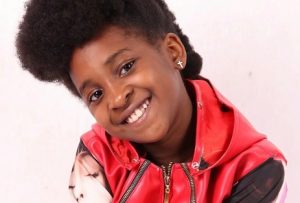