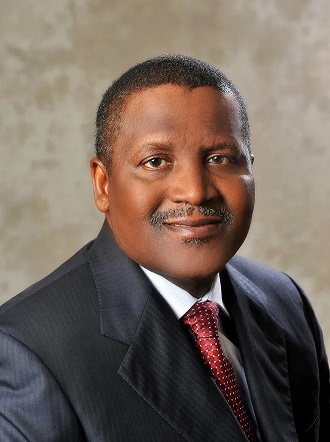 Under the reform, the sea ports of Lagos, Port Harcourt, Warri and Calabar were concessioned to private terminal operators in 2006. GDNL emerged as the concessionaire for the management and operation of Terminal E, Lagos Port Complex, Apapa for a renewable period of 25 years. The terminal was officially handed over to the company in April 2006 while it commenced operations later in the year in August.

The terminal occupies a total land area of 19.1 square metres and quay wall length of 708 metres. It has three berths – Apapa berth 19, 19A and 20 with an advertised draughts of 10.5 metres each. With continuous maintenance and constant dredging, draughts have been extended to 13 metres and vessels drawing 11.5 metres can now berth conveniently. The terminal has a functional rail line that enables it receive all the locomotives being brought into the country for the Nigerian Railway Corporation.
GDNL’s services include terminal operations, stevedoring, bulk cargo operations and containerisation. The Terminal specializes in dry cargo such as bulk sugar, fertilizer wheat, gypsum, salt, rice, liquid bulk, among others. It also serves as a discharge facility for the raw materials requirement of all Dangote industries.

Being a bulk cargo handling terminal, certain facilities and equipment required for efficient discharge of bulk cargo have to be in place. The company undertook a massive improvement of the cargo handling facilities in order to improve efficiency and increase productivity.  The facilities, infrastructures and equipment that were not functioning efficiently were rehabilitated to bring them to acceptable standard.

The company has made huge investments in the acquisition of terminal facilities and cargo handling equipment for onboard and shore operations such as 25- and 30-tonne forklifts; pay loaders and portalina unloader. It increased the number of hoppers wheel loaders, freight lifters, forklifts, container handling tippers, trucks, spreaders and has also added a new unloader.

GDNL has also made major investments in the expansion of warehouse facilities at the terminal for products storage. It has also built additional silos that have increased the existing capacity it met on ground. Renovation work was carried out on most of the structures on ground that were vandalized or in various stages of deterioration, including renovation of the conveyor belt.

The new capacity building has enabled the company to handle stemming/berthing of vessels, discharging/loading and delivery of cargo to terminal customers efficiently. This has facilitated significant growth in cargo throughput at the terminal over the years and an increase in the number of oceangoing vessels calling at the terminal.

The company’s managing director, Abba Bukar, said the investment in equipment and storage has led to increase in productivity and reduction in vessel turnaround time. Most of the vessels coming to the terminal berth on arrival, which has completely eliminated waiting time delay, he said.

The terminal has the capacity to achieve a daily discharge rate for bulk cargo of over 10,000 metric tonnes while vessel turnaround has dropped from an average of 15 to five days for dry bulk, GDNL’s boss said. That capacity is now under utilised due to a general drop in ship and cargo traffic under the prevailing economic situation in Nigeria.

Apart from deployment of infrastructures, the company has embarked upon major development works that will create an entirely new berth 21 in the terminal. The project involves a 140-meter extension of the 570-metre terminal, which can conveniently accommodate three big vessels.

The cost of the berth expansion project is estimated at N9.7 billion and was designed mainly for export of commodities. With that, the company’s chief executive estimates the investment made so far on infrastructure, facilities and personnel at the terminal at N25 billion.

GDNL is still planning big for the terminal in the future as a major raw materials discharge facility for all the Dangote industries as well as export terminal for cement export. In addition to the new berth, the company is also developing export terminal mainly for export of excess cement output to other African countries.