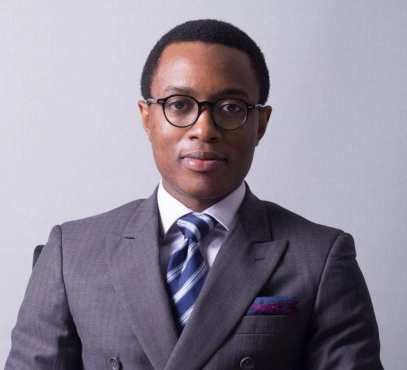 In the Nigerian marketing communications industry, the name, O’tega Ogra, is one that rings a bell, not just for the expertise with which he plans and executes communication projects that have made BUA Group, arguably the country’s fastest growing indigenous conglomerate, a household name from the point of view of corporate reputation, but also for the contributions he has made to the changing face of the profession. In fact, his dexterity on the job has projected him outside the shores of Nigeria, into the West African sub-region where he is said to be a well-known, corporate and strategic communications experts.

Within the industry, he is regarded as one of the best crisis managers and reputation experts with a high commitment to excellence and professionalism.

At BUA Group where is the Group Head, Corporate Communications, Ogra has responsibility for designing and implementing corporate communication, brand, marketing, CSR and reputation management strategies that would drive the reputation and image of all the subsidiaries in the Group.

Since joining the BUA Group in June, 2015, Ogra has acquitted himself brilliantly driving communications that have stamped the Group in the consciousness of members of the public with the numerous successes it has recorded in the various sectors it has ventured into. The Group has excelled in manufacturing, in such as areas as cement and foods, and is making forays into the oil and gas industry. It is in the area of CSR that the BUA Group has demonstrated commitment perhaps more than any other corporate organization in Nigeria in recent times.

This came to the fore during the very difficult period of the COVID-19 pandemic in 2020, when the world faced its worst health and economic crisis in a century. It was the period when the pandemic forced lockdowns around the world, including Nigeria, disrupting lives and livelihoods. The BUA Group was a member of the Coalition Against COVID-19 (CACOVID), which comprised about 50 corporate organizations and the federal government, and agencies such as the Nigerian Centre for Disease Control and the World Health Organization.

The Coalition was a private sector initiative by corporate organizations to contribute to saving lives and livelihoods in the country through building, equipment and donation of isolation and treatment centres, as well as donation of palliatives to alleviate the sufferings of poor Nigerians who were forced to stay at home during the lockdown.

Despite contributing substantially to the work of the Coalition, BUA Group took on the sole responsibility of donating personal protection equipment, medical equipment and supplies, including ambulances equipped with state-of-the-art facilities, to states across the country. Ogra did a fantastic job of communicating the Group’s status as a responsible corporate citizen during the period.

A graduate of Public Health from Babcock University, Ilisan, in Ogun State, Ogra began his career as a Field Officer for HIV/AIDS and Reproductive Health with the German Agency for International Department (GIZ) and the Federal Government of Nigeria Multisectoral Women Empowerment Programme in North East Nigeria. He managed five projects related to HIV/AIDS and reproductive health, Planned Parenthood, girl-child education, as well as access to justice for women and children.

He joined GTBank in 2008 and contributed to positioning the bank for the new age of digital marketing through incentives such as Ndani and GTcrea8. He set up the bank’s social media platforms in 2009.

Ogra left GTBank to join Wema Bank where, at 24, he became the youngest ever to lead corporate communications functions of a bank. This role enabled him to play a critical role in Wema Bank’s rebranding exercise in during the recapitalization and consolidation exercise of 2004/2005 in the banking industry.

He has won many hats over the course of his successful career – a brand stategist, digital marketer, content creator, crisis manager, and salesperson. He has also been a web designer, event organizer, business manager, entrepreneur and corporate communications expert.

Ogra is never afraid of what others see as impossibilities. In fact, such things hold a special attraction for him. He likes to take on impossibilities, what is referred to as beat-your-chest-against-the-wall challenges. He says on his Linkedin page that he is always looking for a new problem to solve.

A regular speaker at public for a, Ogra is a consultant for individuals and corporate organizations, in luxury brands and public affairs. A man with deep love for charity, he devotes time and resources to helping various causes.

Ogra, who is a Member of the Chartered Institute of Public Relations (UK), was in 2021 awarded the Outstanding Corporate Communication Manager of the Year, at the 2021 Marketing Edge Annual Brands and Advertising Awards of Excellence.