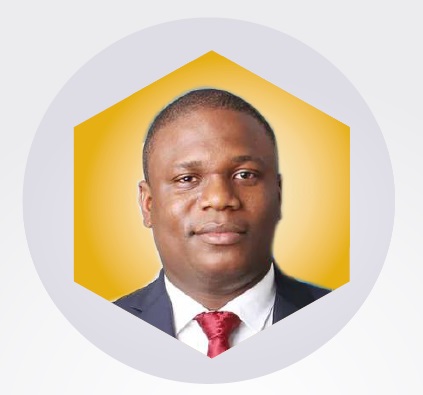 “We believe providing financial access to the over 350 million Africans, who are currently financially underserved will economically empower them and put them on a path to become the next generation of middle class Africans” the company’s CEO said.

Eniolorunda began the entrepreneurship journey in 2015, when he resigned from his job at Interswitch, where he was a software architect for six years. He moved on with a team of five founders to pursue a burning desire to make a significant impact in his life and those of others.

His vision for TeamApt began at Interswitch when he observed the impact of money transfer inefficiencies on consumers – both businesses and individuals. He then responded by creating a virtual machine that cut down POS application time by about 90 percent. However, he didn’t get all the satisfaction with that. “I wanted to take things to another level”, he said.

TeamApt focuses on building digital solutions and infrastructures for individuals, banks and businesses in Africa and other emerging markets. The financial software company is on a mission to offer financial services to underserved populations.

The company raised $5.5 million in its Series A funding round in 2019. In 2020, it clocked roughly $4 billion in transaction value, processing about $160 million transactions monthly. It is reported to have onboarded more than 100,000 customers and caters for about three million others.

The company’s initial approach at takeoff was to create financial solutions aimed at optimizing the operations of partner banks and financial institutions, focused on improving the experiences of their customers.

Its flagship product Moneytor, was designed to provide end-to-end digital banking solution for financial institutions. It made it more efficient and cheaper for banks, businesses and individuals to manage their money.

The expectations were met and surpassed to the extent that two years later in 2017, the company was servicing 26 financial institutions. “Our products helped them optimise their core bank back-office operations and improve the service experience for their over 10 million customers” Eniolorunda said.

The company launched new service frontiers in 2018 in order to bring in a lot of people yet excluded from financial services. Its resolve was to take a more direct approach to achieve financial inclusion by introducing direct consumer and business-facing products.

The effort yielded fruits in no time and in 2019, TeamApt successfully launched two digital products in the spheres of mobile money and payment gateway. One is Moniepoint, which is a mobile money agent network that offers financial services such as cash withdrawal and deposit, funds transfer, airtime purchase and bill payments through mobile apps and POS terminals to unbanked and under banked communities.

The company’s records show processing volume in the region of ₦400 billion per month across its network of over 30,000 registered agents spread over the 36 states of the country.

The other digital product is Monnify, which is a payment gateway that allows businesses receive payments from customers whether on a one-time or recurring basis. The product is designed to empower businesses in the formal &amp; informal sectors with a payment infrastructure that simplifies how they accept, manage and make payments.

It is estimated that more than 1,600 businesses use the Monnify platform, registering a transaction value in excess of ₦50 billion monthly. Eniolorunda is working on a new consumer- facing product named Aptpay, a payment infrastructure that will centralize all services currently used on banking mobile apps.

Since the enterprise rolled off the ground in 2015, Eniolorunda has led the organisation to launch its services in multiple countries. He has navigated through the risks and challenges of a start-up and has found quite fulfilling the experience of leading a team of talented individuals towards a worthy course, changing the status quo and making a mark.

TeamApt CEO said he has built a team of 223 and more than 42,000 agents across every state in Nigeria. His company also manages over one hundred thousand businesses and support millions of customers every day.

Eniolorunda is confident in facing the high competition in the fintech market through innovation, which he said has given his organisation a great advantage and a solid platform for consistent growth going forward. His strategy is to grow the infrastructure base to match the solutions provided as demand grows.

His plans for the future is to build a financial ecosystem where banks can deploy web and mobile applications, which will help their customers pay, collect, and manage their finances easily.

He also hinted that plans to expand the range of the company’s operations to other countries in West and North Africa are ongoing. He expresses strong confidence in his team’s competence and expertise to achieve the goal of improving financial inclusion in Africa.

The Obafemi Awolowo University trained mechanical engineer is betting that the excitement of a flourishing business of over 15 million customers, 100,000 businesses with top-tier banks in the fold is “just a milestone for us, as 60 percent of the population in emerging and frontier markets remain unbanked or underserved; so there is still work to be done”, he said. 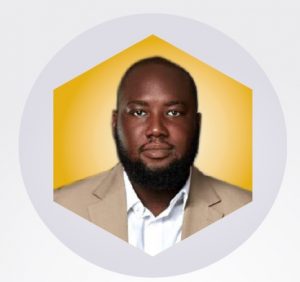 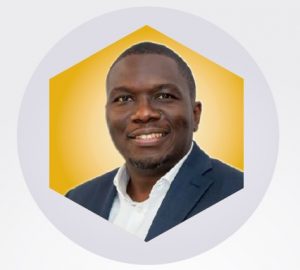 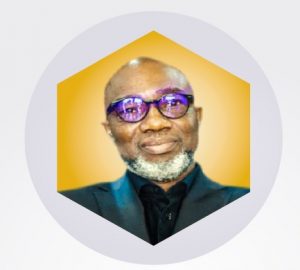