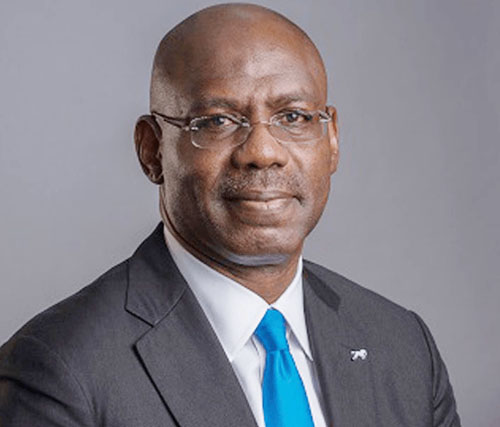 Mr. Emeka Emuwa is group managing director/CEO of Union Bank of Nigeria. The bank’s core investors had a conviction in themselves that Emuwa is the man they needed to chart a new roadmap for growth for a bank desirous to reclaim its lost glory. In line with their expectation, he is consistently replicating in Union Bank the success story he chronicled in Citibank Nigeria.

Uneasy lies the head of a chief executive officer of a bank hungry for rapid recovery and growth in an economy with one of the most rapidly growing credit losses in the world. Stakes are high and so are the expectations of shareholders for Emuwa’s recovery mission to yield the desired results in no time.

The man understands the assignment: that he is on a mission that he cannot afford to fail. He is therefore determined to drive the transformation agenda of the bank through stormy waters of Nigerian banking, defying adverse currents that have shaken many other operators. He has made considerable progress on the roadmap he charted to return the bank to glory and has faithfully implemented the defined strategy to guide rapid growth over the first phase of his plan.

Emuwa’s Union Bank is one of the few banks that have so far been largely shielded from the high operating volatility induced by rising credit losses in the banking sector. Greater operating stability has been achieved in the three quarters of 2017. Earnings capacity has improved, revenue has picked up and credit loss expenses have dropped as at the end of the third quarter in September.

Defying the trend of generally increasing bad loans in the banking industry, Union Bank is able to grow interest income from its lending field. A growth of over 22% in interest income at the end of September is the driving force of revenue improvement in 2017.

The improved growth momentum is promising to establish a new revenue peak for Union Bank at the end of the year. From about N121 billion at the time he took over the bank’s headship in 2014, he looks confident to show gross earnings in the region of N150 billion at the end of 2017.

Some cost areas such as interest expenses aren’t within the control of banks and the operators are generally facing rapidly increasing cost of funds this year. The story is the same for Union Bank but Emuwa is employing cost saving from operating expenses, to moderate the effect of rising interest cost on the bottom line. The bank’s operating cost margin declined from over 48% at the end of 2016 to 44.7% at the end of September 2017.

Emuwa has employed the decline in loan loss expenses and moderation in operating expenses to wage rising interest expenses. The result is the ability of Union Bank to defend profit performance and permit stable growth. Compared to a net profit of under N4 billion in 2013, the bank posted an after tax profit of N15.39 billion in 2016.

The building up of earning assets and the improving quality of earnings performance speak loudly of a bank that is moving on a reconditioned growth trajectory. This is a comforting positive signal for the bank, its shareholders and for Emuwa himself that the path to greater height has been rightly defined.

A successful rebranding has been accomplished, sharpening the competitive edge and reinforcing its brand identity in the marketplace. The business repositioning plan was designed to achieve a balanced retail, commercial and corporate banking model. He has implemented a branch optimization programme to re-fit, relocate or upgrade key branches in pursuit of his vision to roll out Bank of the Future branches.

Management has accomplished a lot in the area of improving operating efficiency and has implemented several initiatives to rationalise and optimise costs. These initiatives are translating into significant gains for the bank.

A major element of the initiatives is a cleanup of the legacy risk assets portfolio, which has worked to keep impairment charges significantly down compared to those of other banks. The strategy, according to Emuwa is to push forward a number of critical internal and external restructuring initiatives.

Emuwa has given minute attention to executing key elements of his growth strategy and the result is the operating stability that Union Bank has attained in the face of instability in the banking industry.

His objective is to rely on technology and innovation to simplify the banking experience for customers. He has achieved great milestones in increasing the bank’s ATM footprint and has succeeded in enhancing his bank’s mobile banking platforms. He has a strategic focus on core commercial banking business, pursuant of which he has offloaded all portfolio companies. For his accomplishments in repositioning union bank to a new performance level, Top 10 Magazine has named Emuwa one of the top 10 CEOs of the year, 2017. 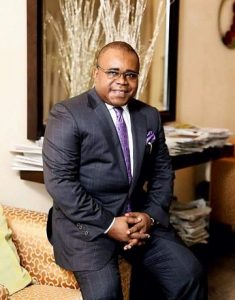