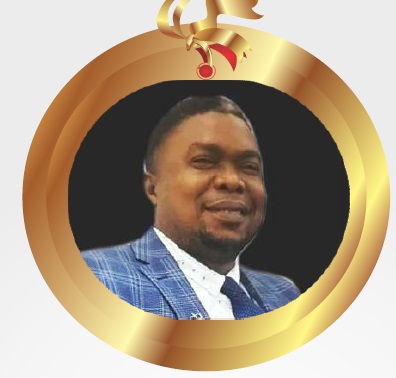 He is a complete gentleman and an easy going fellow. His colleagues respect and describe him as a man of peace who gives a listening ear to others irrespective of their status in life. His self-effacement probably explains why his name does not ring a bell outside the Nigeria Police Force.

But behind the gentle facade of Superintendent of Police (SUPOL) Ugowe Igbinazaka Joel lies the heart of a typical super cop and security officer who criminals would dare at their own risk. He is revered by many for being articulate with uncommon intelligence; an astute crack detective known for being operationally sound and an unrelenting crime burster who has made his marks in policing in Nigeria.

The vastly knowledgeable and versatile Superintendent of Police is the current Coordinator of the Nigeria Police Force Federal Intelligence Bureau/ Inspector General of Police Intelligence Response Team (FIB – IRT), South West Annex Office, Lagos State since February, 2021. He has displayed the ability to dislodge hoodlums and decimate criminal elements operating within his areas of engagement that were of serious concern to the Police authorities. Within a short time of his assumption of duty, he has already made his mark. His team was able to neutralize many notorious armed robbers and kidnappers and made many recoveries of arms and ammunitions within his area of operation.

The ML5 trained intelligent Officer was outstanding when he served as officer in charge, (O/C) FIB Idioroko Border post; O/C Provost, Mobile Police Force (MOPOL 2); Commander, Crack Squad, Lagos Command; Commander Intelligence (Intel), Anti Pipe Line Vandalization, Force Headquarters (FHQ) Annex, Lagos. The pipeline vandals will not forget the operational capacity of Supol Ugowe because he was their nightmare throughout the period he was deployed there to clean up the place.

Nicknamed unassuming Super COP, SP Ugowe is a proud recipient of numerous national and international recognitions, awards, and laurels. He is a member of the International Association of Chiefs of Police ‘lACP.” For his ability to make his mark within a short period of time as the coordinator IGP IRT, South West Annex office by bursting many high criminal cases, neutralising notorious armed robbers and kidnappers and the huge recovery of arms and ammunitions by his team,Sup Ugowe has earned himself The Top10 magazine Excellence award of the Most outstanding law enforcement officer of the year.

He is happily married with kids.