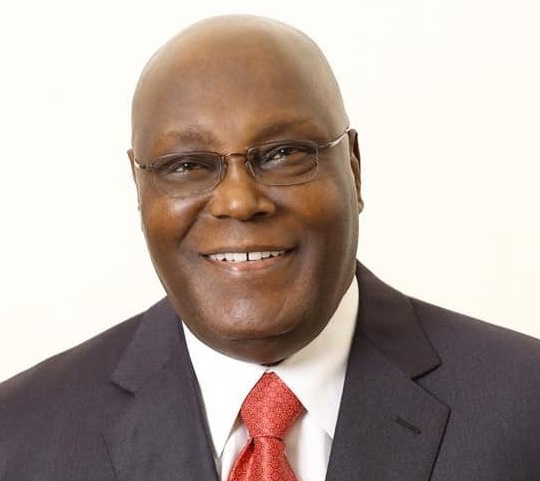 Alh. Atiku Abubakar is co-founder, Intels Nigeria, an oil services company he established with Gabriel Volpi, an Italian business man in the early 1980s. They commenced operations as Nigeria Container Services (NICOTES), an oil and gas logistics company operating from a container office at Apapa Ports. Volpi, brought in his experience in shipping and provided leadership for the company.

The company later relocated to Port Harcourt as the business grew and rebranded as Integrated and Logistics Services – Intels Nigeria Limited and Intels West Africa Limited in 1995. It has since grown to become a multi-billion naira business, providing integrated logistics services in the maritime, oil and gas industries in Nigeria and West Africa.

The company was founded on the basis of projections of a tremendous increase in oil discoveries in Nigeria and Africa. That called for massive investments in oil and gas supply infrastructures. Intels took the step to position itself as a major logistical centre for the realisation of the nation’s potential in oil and gas. “In the end, it is all about infrastructure. We cannot move forward without the right infrastructure”, Simeon Volpi, the company’s managing director said.

The oil and gas sector supplies more than 90% of the country’s foreign exchange and contributes 80% of its exports. The logistics support that makes this happen on a continuing basis is the core business of Intels. One day lost because of a logistics error translates into huge losses to the economy. Intels was therefore created to provide logistics across the board for the oil and gas industry. “That is our main focus. We have the facilities and the resources to carter to their logistical needs”, Volpi said.

Intels manages three sea ports in the country on a 25-year concession with the Nigerian Ports Authority that began in 2006 with an opportunity for extension for another 25 years. It operates Terminal A (Federal Ocean Terminal) and Terminal B (Federal Lighter Terminal) at the Onne Port Complex, which houses the Onne Oil and Gas Free Zone. It also operates terminals in Warri, Calabar and Apapa ports.

The company has secured government’s approval to move into Phase 4A of the Onne port development project estimated to cost $500 million. The port’s two terminals were unfinished projects, which Intels took over with a vision to develop one-stop transit and supply bases within the port complexes.

It has extended the quays and deepened berths to achieve drafts ranging from eight to 14 metres and is moving ahead with its plan for the creation of an additional 2,000 metres of jetty within the oil and gas region. Apart from Onne, the company has also worked at Warri and Calabar Ports.

Intels has made huge investments in the development of port operations in Nigeria towards making the country the hub of oil and gas logistics services in Africa. It recently acquired one of the largest port handling cranes in the world – a 600 tonnes Liebherr crane purchased for N1.83 billion.  The crane, which is unmatched by any port facility in Africa, is deployed at the Onne Oil and Gas Free Zone.

The crane, which sits on 104 tyres, has capacity to lift cargoes as heavy as 208 tonnes with a 17-metre boom outreach. The company said the crane offers an ideal cargo handling solution for the largest ships in the world today.

Being a mix of offshore, deepwater, and onshore operations, Nigeria’s oil and gas industry requires three or four types of logistical solutions. Increasing deep-water operations involve longer sailing time and more materials requirement, which call for bigger supply vessels. Intels has succeeded in positioning itself as a dominant logistics provider in the industry with bigger supply vessels of a 9.5-metre to 14-metre draft.

It has set up an oil and gas service centre at the Onne Oil and Gas Free Zone to serve as a single loading location for the oil and gas industry in sub-Saharan Africa. The facility has improved the level of efficiency in the industry and reduced downtime on offshore rigs by providing quick response in cases of emergency.

Intels is working with a consortium of companies on the development of a state-of-the-art, deep sea port in Badagry. The company’s chief executive officer described it as a mega port designed to service Nigeria and other countries like Ghana and to decongest Lagos ports. It is planned on the same system of operations as in Hamburg, London, and other ports worldwide, he said. The port will have a seven-kilometer quay, a 1,000ha dedicated yard, bulk and container facilities, general cargo, barge terminal, Ro/Ro services and oil and gas operations support.