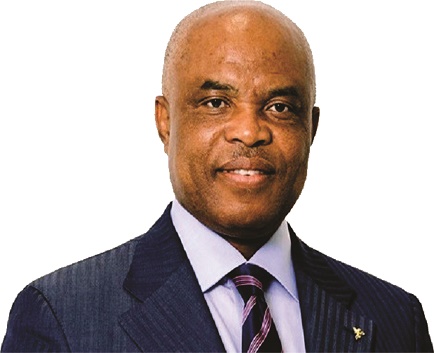 He trained at the College of Medical Sciences, University of Calabar where he finished with an M.B.B.Ch. degree in 1985. He also trained as a general surgeon at the Lagos University Teaching Hospital and is a specialist in orthopedic and trauma surgery. He became a fellow of the West African College of Surgeons in 1996 and proceeded to Harvard Business School where he completed the OPM program in 2006.

Orjiakor vied into full-time business in 1996 after eleven years of active medical practice. He has garnered extensive knowledge and experience in the oil and gas sector. This is to the extent of being acclaimed an all-rounder in the industry, having established and managed various companies in the upstream, downstream and oil services operations.

On the platform of his company – Shebah Exploration and Production Company and Platform Petroleum Limited, Orjiako co-founded Seplat Petroleum Development Company in 2009, which boasts output of 49,000 to 55,000 boepd. Seplat is one of the highest priced listed stocks in the Nigerian Stock Exchange with a turnover of N228 billion and a net profit of N45 billion at the end of 2018.

Deploying his wealth of experience in the oil and gas sector, Orjiakor has continued to chart the strategic direction for Seplat, breaking new grounds in new business development. Under his leadership, the company has continued to record milestone attainments on the path of growth, including closing landmark acquisitions, growing the company’s oil and gas production exponentially and development of facilities that have enhanced oil exports.

Under his watch, Seplat has launch into its next phase of growth centred on development of gas business as well as new investments in existing oil assets. The development of the Assa North – Ohaji South, [ANOH] project in Oil Mining Lease 53 is at the core of the company’s plans to significantly increase gas production and operated processing capacity in Nigeria in the near-to-medium term.

ANOH is a $700 million joint gas project between Seplat and NNPC designed to reduce dependence on crude oil. The large gas and condensate project has rolled off the ground this year with payment of government’s first tranche of $100 million equity investment.

The plant has capacity of US $300 standard cubic feet per day and is expected to commence production at the last quarter of 2020. It has capacity to double production depending on the domestic demand. Gas development constitutes a major element of Seplat’s capacity building programme with a view to enhance further the increasing contribution of gas to revenue. The company is at the same time accelerating field development activities across its portfolio.

Orjiakor is also on the governing board of companies in various other sectors beyond oil and gas. He is chairman of Neimeth Pharmaceutical International plc, which is listed on the Nigerian Stock Exchange. He is a director of MPI, which is listed on NYSE Euronext Paris and also a director of Leadway Assurance Company Limited. By invitation of the London Stock Exchange, he became a founding member of the London Stock Exchange’s Africa Advisory Group, a select group working towards generating ideas and solutions to issues affecting the African continent from commercial and social perspectives.

He established the Daniel Orjiakor Memorial Foundation in 1996 – the platform for his philanthropic operations. The foundation is in honour of his late father, Chief Daniel O. Orjiakor. Since inception, the foundation has executed numerous programmes in rural Nigerian communities in the areas of educational developments, healthcare services and economic empowerment aimed at lifting people out of poverty.