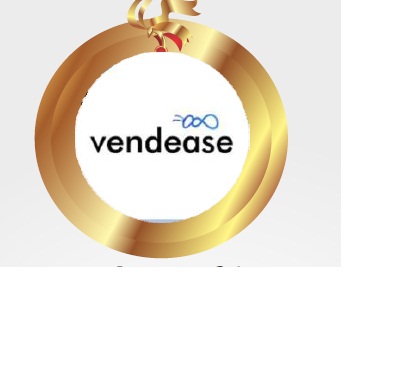 Are you running a big restaurant or fast-food outlet and still going or sending your staff to buy foodstuffs from the open market or farms? Then you are behind time. Eateries can now buy their foodstuffs online with just a press of the button. A Lagos-based agrifood-tech start-up, Vendease Africa, is leading Africa in digitizing the food supply chain through its online marketplace.

Vendease is a marketplace that lets restaurants in Africa, order directly from farms and food manufacturers. Now, instead of going through expensive middlemen, vendors, or wasting productive man-hours sending staff to open markets with hiked prices, restaurants can now get on its platform, click to order and get all their food supplies within 24hrs.

The company has grown tremendously with a team of over 120 staff working towards the vision to build Africa’s operating system for food supply by easing the process of procurement and guaranteeing faster delivery and credit facilities through its platform. Customers can order anything ranging from bread to grains and meat to vegetables on the website. The order notification goes to the farms or food manufacturers, gets processed, and delivery is done within 24 hours.

Vendease has built all that to help these businesses digitize, track and automate their procurement and inventory management processes. It also helps with logistics, warehousing, quality control and financing where restaurants can buy goods and pay later.

The company was founded by Tunde Kara, Olumide Fayankin, Gatumi Aliyu, and Wale Oyepeju. The idea for Vendease came when founders who have been friends for more than five years noticed their favorite restaurants in cities like Lagos and Accra were shutting down. Inquisitive, they asked the owners who were acquaintances why, and the problems boiled down to the unreliable and expensive nature of food procurement in the cities.

Some months later they saw a hotel manager openly complain to a vendor about the unsteady supply of produce the hotel was getting. It sparked an idea in the founders’ minds. “We thought to ourselves that if restaurant owners and hotel managers have these problems, let us actually do some research and find out if it is a problem we can solve at scale and make money while doing it,” Kara explains.

At the time, Kara, the CEO, and Fayankin, the COO, held the respective positions at a Pan-African media consulting company called RED Media. Aliyu, the chief product officer (CPO), also held a similar role at another Lagos and San Francisco-based, YC-backed startup, 54gene. Oyepeju, the CTO, was working on a couple of technology projects for corporates.

Before Vendease, they had founded an adtech startup for ride-hailing companies, which didn’t survive for long. So this was another shot at another entrepreneurial journey, and after two and half months of iteration, the founders decided to launch the company in January 2020. They also closed an undisclosed pre-seed round to kickstart operations.

Just two years old, Vendease has begun to display its corporate social responsibility. Recently, it hosted a free medical outreach for traders at Apongbon Food Market in Lagos Island. The outreach, which had over 200 traders in attendance provided medical services including medical consultancy, medical checkups; vitals, hypertension tests, sugar level tests, and administration of drugs to the sick. “Small scale suppliers represent 70 per cent of Nigeria’s agri-food supply chain, these suppliers and farmers form a major part of the 97 per cent of Nigerians without access to basic healthcare. As a player in the food supply chain, we have made it our responsibility to fix this. This is why, this year, we decided to bring medical aid to traders in Apongbon Market,” Kara explained.

In the next five years, the two-years-old company wants to be the “operating system for food supplies in Africa.” Kara talks of plans to expand to other African cities in the coming months but is tight-lipped on the names. Vendease also plans to raise some money and follow Egypt’s Breadfast as the only restaurant-focused companies from Africa (although they have very different business models) that the accelerator has funded.

In recognition of the strategic position and pioneering role of Vendease as a reliable link between restaurants and food manufacturers in Africa, it is hereby honoured with the award of The Food Company of the Year by The Top 10 magazine.