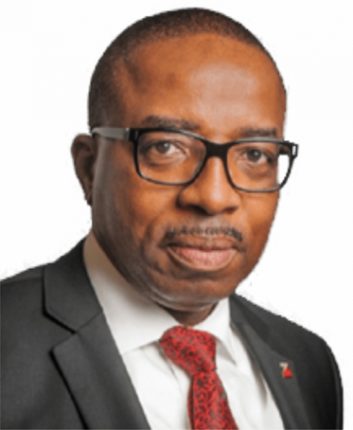 The 2020 financial year was one of an outstanding growth in assets for Zenith Bank Plc but how to convert the assets into earnings for a decent return to shareholders tested the ingenuity of management. The bank closed the nine months of the 2020 financial year with an asset base of nearly N8 trillion – the largest bank balance sheet in Nigeria.

This represents an increase of about N1.6 trillion or 27 percent over the closing asset figure of N6.3 trillion in 2019. It is the most rapid asset expansion that Zenith Bank has registered in a decade. It is four times the increase of 6.6 percent in asset base the bank recorded in all of the preceding financial year.

The year posed a big challenge in growing loans and advances – which are the principal earning assets in view of operating difficulties that ruled the year. The implication is that the ability to convert the assets into revenue was constrained.

In the effort to convert the assets into earnings, the bank’s management navigated its way through the difficult credit market ruled by massive asset losses to build loans and advances. Net customer credit portfolio grew by more than N405 billion or over 17 percent to N2.7 trillion at the end of the third quarter.

Adding lending to other banks of N810 billion, Zenith Bank closed the third quarter of the 2020 financial year with a net credit volume in the region of N3.5 trillion, which made up 44 percent of the balance sheet. The bank also expanded its investment portfolio by 54 percent to N910 billion over the same period – using volume to counter the decline in the average yield of investment assets.

Applying the assets to quicken earnings performance posed a big challenge for the bank in the year. In the hostile operating environment of last year, the improvements in assets swelled credit losses rather than build revenue and profit. That put the ability of management to improve returns to shareholders under a serious strain.

Compared to an increase of 17 percent in customer loans and advances and 54 percent advance in the investment portfolio, interest earnings went down slightly instead to close at about N319 billion at the end of the third quarter. This is an indication of a significant drop in the average yield of earning assets in 2020.

The second main income line of the bank – fees and commissions also dropped by roughly 20 percent at the end of the third to close at N59 billion. Strong growth in trading and other incomes however provided the stabilizing impacts on gross earnings during the review period.

There were equally some white flags up for the bank in the earnings field in the year. These include a 34 percent growth in trading gains to nearly N90 billion and53 percent rise in other operating income to N24.5 billion over the same period.

Management used the two revenue growth drivers to moderate the poor performances of interest and fee incomes and succeeded in pushing up revenue moderately at the end of the third quarter.

Zenith Bank posted gross earnings of N509 billion at the end of the third quarter in September 2020, which is an increase of 3.6 percent year-on-year. This is a slowdown from 7 percent increase to N662 billion in 2019 against the outstanding growth in assets in the year.

The result is a decline in asset turnover for the bank from 0.1 at the end of 2019 to 0.08 at the end of the third quarter. This is an affirmation that revenue failed to grow as fast as assets in the year.

The challenge then for the bank’s management was how to defend profit against the moderate increase in revenue – which is an alternative route to improving rates of return. This requires as much cost saving as possible to use improved profit margin to compensate for a decline in asset turnover.

Management also extracted further cost saving from income tax expenses, which dropped by as much as 29 percent to below N18 billion at the end of September.

However the rise in loan default risk would not let the cost saving move happen with respect to loan impairment expenses.Loan losses grew by 37 percent year-on-year to over N25 billion at the end of September, even exceeding the N24 billion loan impairment losses incurred in the entire 2019 financial year.

The bank closed the nine months of the 2020 financial year with a return on assets of 2.5 percent. The strength of the bank in the year lay in the ability of its management to navigate through earnings volatility and high loan default risk to keep profit improving. This means growing wealth for shareholders in defiance of a bad earning season.