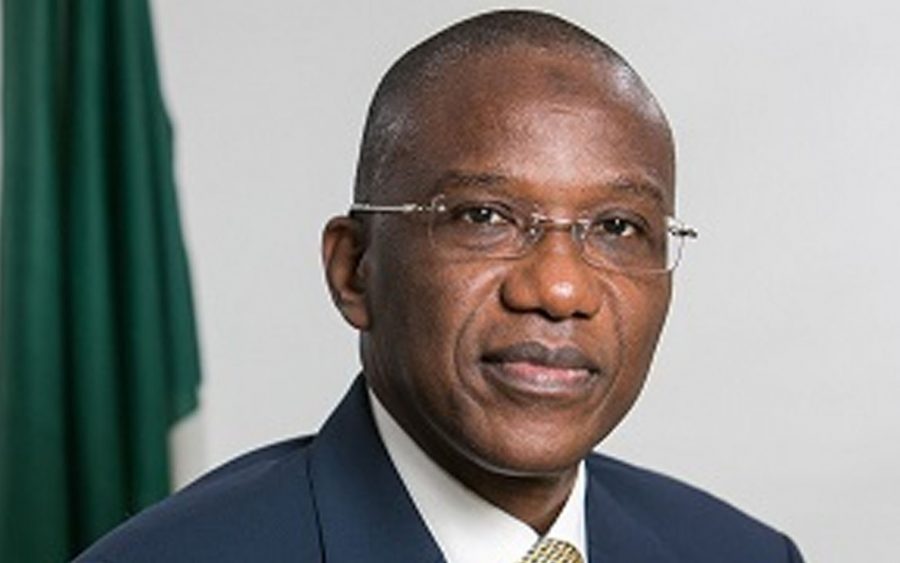 A great duty needed to be performed at Asset Management Corporation of Nigeria [AMCON], where a debt obligation of N4.6 trillion was hanging in 2016.  That was an equivalent of 75 per cent of the federal budget, 26 per cent of national debt and 5 per cent of the country’s nominal gross domestic product in that year.

Ahmed Lawan Kuru, managing director/CEO of the corporation, is the man the Presidency had great trust and confidence to put on the job in August 2015. Confidence on Kuru drew from his earlier accomplished assignment as managing director/CEO of erstwhile Enterprise Bank Limited. There, he served with ingenuity and delivered on his mandate of turning around the then beleaguered bank and returning it to profitability. With that, he became known in the financial circles as a turn-around-agent.

A career banker with professional experience spanning over three decades across investment banking, risk management, operations, human capital management and marketing, Kuru has introduced far reaching changes at AMCON that have increased the tempo of recoveries and strategically refocused the corporation on value enhanced exit of its portfolios. This encompasses continued negotiations and resolution of loans through cash recoveries, asset forfeitures via negotiation or enforcement; capital restructuring for short to mid-term exits as well as joint venture arrangements for asset operations and land development.

Kuru’s creative leadership methodology in the organisation has led to the repositioning of AMCON’s debt recovery approach as he has strengthened the legal and credit restructuring units to collaborate and perform more efficiently with asset tracing engagements to enable AMCON recover more debts. This has enabled AMCON to divest fully its equity holding in Keystone Bank Limited – the last of the bridge banks in its books.

The corporation also saved Arik Airlines (the largest local carrier) and Aero Contractors (the oldest carrier) from shutting down operations. Irrespective of the lingering economic challenges, AMCON recovered over N134 billion debts in 2016.

Under Kuru’s leadership, the corporation is exploring the creation of robust Real Estate Investment Trust Scheme (REITS) that would provide market driven exit for AMCON’s real estate assets as well as additional capital market instruments for institutional investors such as the Pension Fund Administrators (PFAs) and other interested parties. AMCON is engaging with financial advisers, private equity and mezzanine funds as potential partners for joint venture and other capital restructuring arrangements.

The versatile knowledge and experience that are producing the great results at AMCON have come from Kuru strong academic background and wide exposure to the corporate world. He holds first and second degrees in business administration from Ahmadu Bello University, Zaria.  He has attended various international programmes including IMB, Switzerland, London Business School, Columbia Business School, New York as well as Harvard Business School.

He is a dedicated corporate player and has served on the boards of over 30 organisations – in a number of which he is still playing key roles. He is an outstanding corporate executive with proven leadership attributes; a community builder, a motivational speaker and a business turnaround strategist.

AMCON is a child of necessity in the growth and stability of Nigeria’s financial markets. The banking industry was laden with toxic assets similar to the experiences in Europe and North America during the global financial crisis of 2008 and 2009. Banks’ inability to lend froze the credit markets, which nearly led to economic shut down. In the reality of this development, AMCON was established by the Federal Government of Nigeria to serve as a special intervention and resolution vehicle under the supervision of the Central Bank of Nigeria (CBN) and the Federal Ministry of Finance.

The CBN and the Ministry of Finance in collaboration with the Nigerian Legislature (which enacted the enabling Act), established AMCON in 2010, as a special resolution vehicle, vested with extraordinary powers to achieve three cardinal objectives:

b) Take over troubled assets, treat and subsequently dispose them for good returns and

(c) Support the businesses where necessary.

Saving the nation from the devastating consequences of a systemic failure in the banking sector is AMCON’s unique contribution that has ensured the stability of the nation’s economy. By exchanging non-performing loans for cash, the corporation injected fresh liquidity to bank balance sheets and cut down the industry’s ratio of non-performing loans, which was then in excess of 40 per cent. The rest of the job is to dispose the underlying assets in the most profitable manner, in respect of which Kuru has brought a lot of ingenuity to deliver on his mandate.

Over the last seven and half years, AMCON has attained a number of milestones in fulfilment of its mandate. These include:

      The unfreezing of credit markets as banks have been enabled to support businesses.

     AMCON has recorded total recoveries worth over N975 billion of which cash and assets account for 60% and 40%, respectively.

     Out of the total number of eligible bank assets of 12,700 acquired, AMCON has fully resolved approximately 4,300.

     AMCON has successfully intervened in key sectors of the economy such as aviation, energy, oil and gas, real estate and agriculture, saving businesses and jobs.

These achievements have come at a significant cost of human and material resources. The experience is that the cost grows as the corporation faces hardcore assets. It now deals more with obligors that are smart, desperate, aggressive and utterly recalcitrant. This development has compelled AMCON to revisit its enabling Act and make a new proposal to the Legislature for amendments.

One of such major areas for amendment is to have proprietary interest of all collateral assets acquired vested in AMCON, as was implemented in Malaysia with a big success. Kuru is assuring that if AMCON is enabled to adopt this approach, debt recovery performance would improve significantly.

AMCON secured the first amendment of its Act in 2015, which enhanced its recovery and enforcement powers to address the peculiar nature of its challenges. The corporation continues to count on the unwavering support and understanding of the presidency, the national assembly, the judiciary, security agencies and other sister government organisations.

AMCON’s second challenge is in respect of disposal of assets due to the economic downturn. Its current assets under management – that is assets obtained from debt resolution, have a book value of N182 billion, which the corporation is unable to sell. AMCON’s ability to successfully sell the assets at competitive market prices is severely hampered by several factors, including valuation methodology, unperfected title documents, the state of the economy and low purchasing power, amongst others.

AMCON is also challenged by uncooperative attitudes of some obligors, who are either unwilling and/or unable to settle their indebtedness. The corporation carries in its books a number of assets with complicated resolution challenges, suggesting that the borrowers originally had no intension to repay the loans. Such debtors resort to all manner of diversionary tactics as opposed to dealing with the problem of their indebtedness. It is evident that AMCON has since harvested the low hanging fruits.

Kuru has come at a time when he has to roll up the sleeves for a drawn battle with hardened obligors for debts settlements to happen. His strategy is to pursue these obligors using the special statutory powers of the agency to achieve resolution through cash repayments or assets forfeiture from the debtors.

Obligors indebted to AMCON for the sum of up to N1.3 trillion have staged legal actions against the corporation in various courts in Nigeria raising technicalities to avoid meeting their obligations. This has hampered AMCON’s recovery efforts and its objective of obtaining the best achievable financial returns on assets acquired with public funds.

The amount owed by 350 of these obligors represented about 80% of AMCON’s current exposure of N3 trillion as at the end of May 2018. The corporation has responded to the situation by repositioning its debt recovery approach to focus on enforcement against obligors who are not willing to settle amicably. AMCON needs to recover its own debts to be able to settle its own debt obligation of N4.8 trillion or over 55% of the 2018 federal budget.