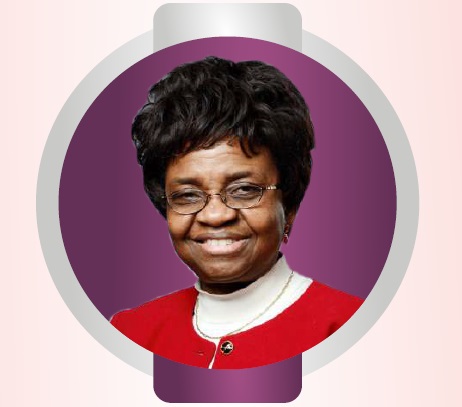 Prof Moji Adeyeye isa pharmacist anddirector general, National Agency for Food and Drug Administration and Control (NAFDAC], where she has been on the saddle since her appointment by President Muhammadu Buhari in 2017. She takes to NAFDAC 30 years of experience in quality drug development, adaptive formulation, clinical trials and associated regulatory requirements.

Over the four years she has been in charge of the agency, Adeyeye has implemented major administrative reforms through her quality management approach.

The initiatives include strengthening regulations and policy guidelines, which has paid off by way of strong governance structure. She has also optimised the operations of NAFDAC through strategic steps directed at achieving a disciplined and motivated workforce.

Part of her innovative actions include the strengthening of local pharmaceutical companies to boost local production at enhanced standard of international best practices.

Added to that is a change of organisational culture of the agency, ushering in a customer-focused orientation. These initiatives fit into her dogged pursuit of an overriding objective of safeguarding the health of the nation.

With her business-like approach to management, Adeyeye has turned around the agency from insolvency to a healthy regulatory institution. NAFDAC now boasts a Standard Operating Procedure-driven organization that runs on international standards and best practices.

The DG attained a regulatory milestone when she inaugurated Nigerian Herbal Medicine Product Committee (HMPC) as a means of fostering research in the long neglected herbal medicine with adequate measures in place for protecting intellectual property.

She conducts basic research and clinical trial on complementary and alternative
medicines. She is therefore leading Nigeria into reaping from her versatile knowledge and experience in both western and Africa-based healthcare solutions.

NAFDAC’s boss is currently the chairman of the Steering Committee of the African Medicines Regulatory Harmonization (AMRH) and the WHO-based Global Pediatric Regulatory Network.

She represents NAFDAC on the International Coalition of Medicines Regulatory Authorities and has been invited to be on the WHO Regional Expert Advisory Committee on Traditional Medicine for COVID-19.

She has mentored over 15 Ph. D and M.S candidates. She has 5 patents, 65 peer reviewed manuscripts, book chapters and books, and more than 140 scientific presentations.

Before she took over the mantle of leadership at NAFDAC, Adeyeye served for seven years as founding chairman of Biopharmaceutical Sciences and a Professor of Pharmaceutics, Manufacturing Science and Drug Product Evaluation at the College of Pharmacy, Roosevelt University, Schaumburg, Illinois.

She was also a professor of Pharmaceutics and Manufacturing for 21 years at Duquesne University in Pittsburgh, Pennsylvania, USA. She is Senior Fulbright Scholar and Specialist and a 2008 American Association of Pharmaceutical Scientists Fellow – the first African woman fellow, making it to the 3 percent of academia that receive such recognition internationally.

She is also a fellow of the Nigerian Academy of Science and Nigeria Academy of Pharmacy as well as academic research fellow of American Association of Colleges of Pharmacy. Her research interests include quality-by-design early phase development and manufacturing of solid, semisolid and liquid dosage forms, including Investigation New Drug Application-based late phase manufacturing.

She is the founder and President of Elim Pediatric Pharmaceuticals Rolling Meadows, Illinois. Through Duquesne University, she developed anti-retroviral (HIV/AIDS) pediatric fixed-dose combination and holds intellectual property on the formulations in the UK and South Africa.

She organised public awareness campaign for Prevention of HIV/AIDS infection in youth and adolescent in secondary schools in Nigeria. The outreach covered many schools and 6,500 students, out of which she authored a book on HIV/AIDS awareness education in 2005.

She organised a similar programme under which 9,800 women of childbearing age were screened for HIV and child delivery through Caesarean section in Oyo, Osun and Lagos states in 2005/2006. Up to 45 babies were delivered through the intervention.

Others include care for over 50 HIV/AIDS orphans in the same states of the federation and founding of Sarah Orphan Homes for HIV/AIDS orphans or orphans in general in Ogbomoso (Oyo State) and Osogbo, (Osun State) of Nigeria in 2008 and 2011 respectively. 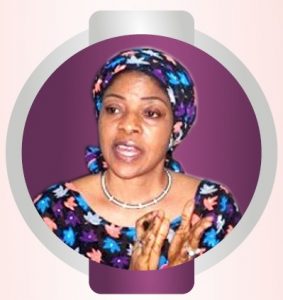 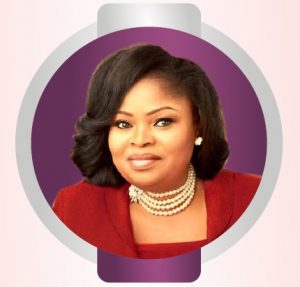 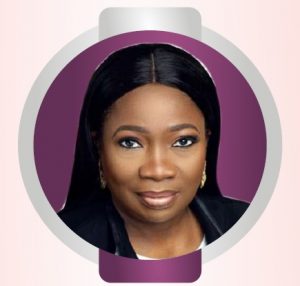