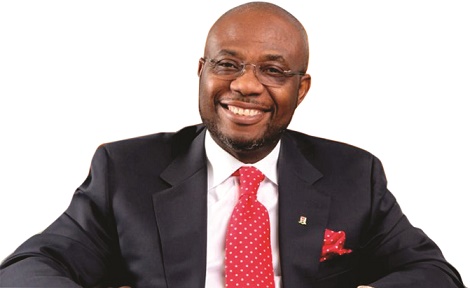 Dr. Ernest Azudialu-Obiejesi, group managing director/CEO of the Obijackson Group, heads a conglomerate with interests in various sectors of the Nigerian economy. It is a versatile entity that includes oil and gas, telecommunications and power generation. Spurred by his innate business skills and inspiration, Azudialu-Obiejesi established Obijackson West Africa Limited in 1983. He diversified the company’s operations into oil and gas in 1991 when Nestoil came on board.

Nestoil Group evolved from the blending and marketing of petroleum products arm of the Obijackson Group. It took off as a petroleum marketing company from which it has developed to become a major player among indigenous oil service companies in Nigeria.

It was a daring venture for Azudialu-Obiejesi to take on in competition the multinationals and international companies that ruled the business at that time. He recalls that it was a very small start for his company but with a big vision in mind. From handling small projects, the company built confidence in its clients in terms of capacity to meet the established service standards in the industry.

It was his strategic design that provided the platform to expand operations by number and size of projects. Nestoil is an oil service company reputed for having successfully handled a number of major oil and gas projects that have given a big leap to indigenous capacity in the oil and gas sector.

It provides environmental management services to oil companies and also undertakes civil and mechanical engineering projects. Azudialu-Obiejesi fashioned the strategic focus on the three major areas with the objective of penetrating every part of the oil and gas industry. It succeeded: the company has handled projects in virtually every segment of the industry. In recent years, Nestoil has delved more into mechanical engineering projects.

Building the capacity for the outstanding projects the company has been able to handle happened quickly, almost unbelievably for Nestoil compared to other indigenous companies. Azudialu-Obiejesi explained that the parent company played the big brother role that gave the oil and gas services outfit a lot of competitive millage.

“It was easy to develop capacity in terms of equipment, acquiring sites and jetties because we have a parent company”, he said. Some of the key assets for Nestoil’s operations were deployed from the parent company – which he said, provided a convenient asset base for developing and growing an oil services company.

Azudialu-Obiejesi is responding appropriately to the growing complexity and sophistication of the oil and gas industry. He is building capacity for mega-projects that is called for by the trend of oil exploration and production going offshore. This requires complex engineering skills, special expertise and experience to meet the demands of companies in deep waters operations.

Nestoil has built strategic alliances with expatriate companies on shared projects basis in handling complex fabrications, vessels and other facilities in order to achieve the increasing magnitude of the projects. The company is advancing, for instance, from just laying pipelines on ground into a complex engineering experience of deep water pipelines. In the process, Azudialu-Obiejesi is taking giant steps to develop these superior engineering capabilities locally.

Nestoil has developed its own jetties, top grade fabrication facilities for major projects and marine equipment for logistics. The company knows the in and out of the Nigerian oil and gas industry, having been in it for many years. It commands a lot of confidence in the business for its capability and track record of major projects accomplished. Azudialu-Obiejesi still has a lot of appetite for growth and to advance along the lines of a sophisticating industry.

Nestoil’s boss is keen to do everything he can in the area of building local capacity in the oil and gas industry. He has invested extensively in the equipment and personnel critically needed in the industry – which his company deploys to smaller companies that are its sub-contractors. In this way, the company distributes both the jobs in the industry and the equipment and personnel to execute them. 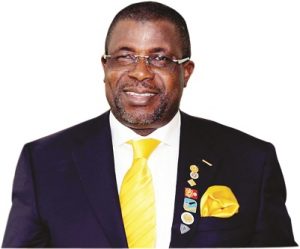