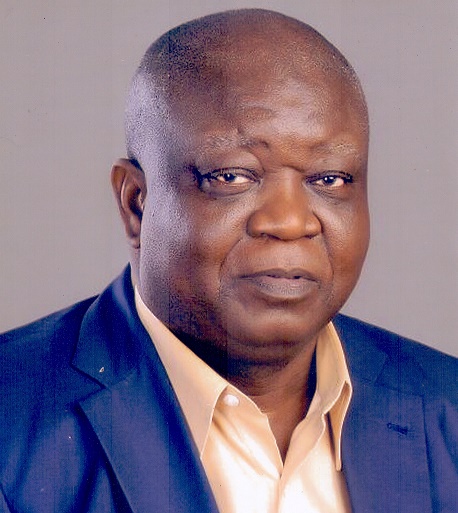 Engr. Freeborn Okhiria, managing director/CEO, Nigeria Railway Corporation [NRC], has brought a wealth of experience gained from having worked in all the key districts of the corporation. He has provided leadership and strategic direction for the master plan of modernising the nation’s railway.

He is the man that initiated the engineering design and is leaving no stone unturned to realize the vision. Okhiria doesn’t believe any challenge is big enough to keep him from moving forward, which he said is how the corporation has been able to make reasonable progress. Pressed by lack of funds for the projects, he would get the work going by getting his men to lay the tracks by hand.

Facing a hitch posed by a rehabilitation work on the rail line bridge in the north west, he moved new locomotives brought in at Apapa port by road to Zaria, Enugu and Abuja to keep the plan on course.  Challenges, he said, are meant to be overcome for problems to be solved.

The railway modernization plan has three major stages of which some milestones have been reached. The first phase of the project is the railway between Abuja and Kaduna, which was completed in 2016, launching Nigeria into modern railway transportation.

The facility has enabled up to 100 kilometre per hour services with a journey time of around two hours for the fastest trains between Idu and Kaduna. To Nigerians, it is life made easier on the standard gauge Kaduna-Abuja line. It is one big step ahead in freeing the nation from dependence on congested roads in poor conditions with many hazards.

The second stage of the railway modernisation project is the construction of 144 kilometres of modern tracks connecting Lagos to Ibadan, which is planned for completion by the end of 2018. Okhiria is full of expectations that this rail link would transform business and social lives in the Lagos-Ibadan axis. He believes that in about one and a half years, people would be living in Ibadan and going to work daily in Lagos and vice versa.

The second stage also includes an extension of the Abuja-Kaduna route to Kano. The third stage of the project will link Kano to the coastal cities of Lagos and Port Harcourt – a project expected to be completed in two to three years.

Supply of new locomotives and wagons has been contracted to augment the corporation’s existing fleet and subsequently expand it. The target is to raise passenger service frequency and lift freight haulage capacity from less than 50 000 tonnes a year to about 500 000 tonnes a year within 12 months.

The other components of the project include acquisition of new locomotive engines, upgrade of the signaling and telecommunication system and rehabilitation of carriage and wagon workshops. The workshops have been re-equipped and service support – spares and consumables provided. Rehabilitation of stations and marshalling yards as well as rebranding of the corporation are part of NRC’s master plan.

Okhiria is the man overseeing the eventual transformation of the railway that had been a pipe dream for decades. Government’s plans to construct new railways and replace antiquated tracks had been a paperwork in several administrative regimes. Funding has posed a big challenge to past ambitions to upgrade the railways and remains a challenge going forward but finally a break free has been found.

The modernization project involves upgrading the rails to wider tracks. The NRC’s chief executive explains that a wider track provides efficiency gains in terms of speed and cost. A wagon can move twice the usual tonnage at greater speed and better poundage of the rail, he said. This means increased number of people and goods can move at increased speed, adding a new momentum to the business and social lives of Nigerians.

In the emerging scenario, NRC is gradually taking on a pivotal role in the economic and social developments of the country. Okhiria’s strategy is to position it as a major catalyst for small and medium enterprises in the growing number of Nigerian cities, towns and villages being linked to the rail network.

Railway is considered a critical infrastructure for development in Nigeria where poor transportation network is responsible for oversupply and wastage of farm products in the producing areas and scarcity and exorbitant prices in the urban cities.

Many manufacturing organisations have difficulties moving their goods to different parts of the country. NRC’s boss expects that a functional railway would go a long way to boost their businesses greatly.

An effective rail transportation system is needed for business and commerce to thrive in the country and to reduce the stress on the roads. Okhiria explains that it will take 30 trailers to convey what 30 train wagons can carry. Railway development also has a big impact on the job market, being a labour intensive enterprise.

The man at the hem of affairs at NRC has a dream. In 10 years, Nigeria’s rail system would be comparable to what is available in developed countries, he said, provided the ongoing development plan is sustained. He is confident that once Nigeria achieves regular electric power supply, the corporation would introduce electric trains. 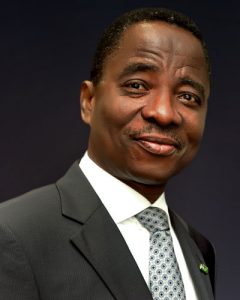