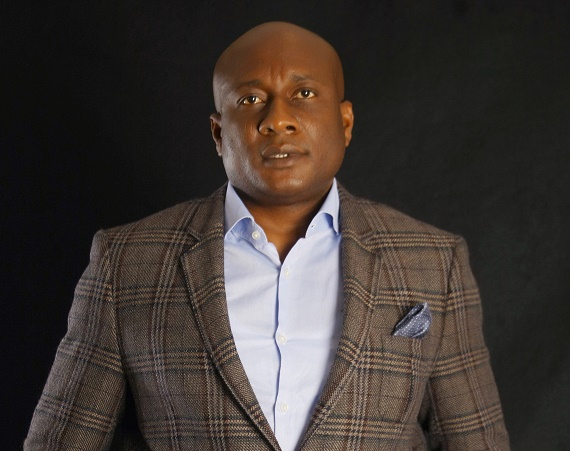 Mr. Allen Onyema, Chairman/CEO, Peace Airline Ltd, made great strides in the course of fiscal 2018 in his mission to transform air travel in Nigeria and Africa and project Nigeria globally in the airline industry. Nigeria’s aviation sector has been yearning for revitalisation for many years, requiring massive new investments across the board.

A big step in this direction has come from Onyema’s Air Peace in the course of 2018. The company defied the adverse economic conditions in the country and built new capacity for air travels within and outside Nigeria with procurement of additional aircraft in 2018.

Moving against the general trend of folding in and holding back in a period of uncertainty, Onyema launched out aggressively to make big investments in the fleet of aircraft, enlarging the number of routes and connecting new cities across the nation.  This is a demonstration of commitment to invest in equipment and services that make travelling more comfortable, convenient and seamless for the flying public, according to Onyema.

The strides are in pursuit of his resolve to make a huge difference in the Nigerian aviation industry. “We are matching our huge expansion project with the right equipment and people to ensure the delivery of the best flight services to our valued guests” he said. He is keenly interested in creating job opportunities in Nigeria. He estimates that with the purchase of one Boeing 737 MAX aircraft, over 500 people get lifted out of joblessness.

With the great millage that Air Peace covered in new capacity building in the airline industry in the year, the company has advanced further its status as a rapidly rising Nigerian air carrier. It has added to its fleet the Embraer 145 new generation aircraft, which has boosted its capacity to open up new travel routes and link up many cities across the country.

Operating a fleet size of 27 aircraft, Air Peace commands a large share of Nigeria’s airline business. Last September, the airline placed an order for the purchase of 10 new Boeing 737 MAX aircraft from the US-based manufacturer, Boeing. That raises the airline’s fleet of aircraft to 37, giving it a facelift to the big league, according to the company’s boss. The B737 MAX aircraft is rated fuel efficient and comes into the company’s plan to cut down on a critical cost element in its operations.

The carrier has embarked upon a massive route expansion project, creating a subsidiary – Air Peace Hopper to manage operations of its new fleet. Onyema is structuring the business after the model of the world’s big carriers, setting a record of the first Nigerian airline to set up a subsidiary to manage an arm of its flight operations.

This is counted for him as a strong indicator of how big his dream is for the Nigerian airline industry. To him, it is a milestone attained in his vision of uniting Nigeria through air connectivity and taking air travel services to many cities that were hitherto underserved or not served at all.

The mandate of the subsidiary is to maximise the opportunities in the local routes by linking as many cities as possible between the north and south of the country. The plan, according to Onyema, is to open up and empower the economies of the different cities and states of the federation and create massive job opportunities for the people.

Other international destinations expected to commence soon include Lagos-Paris; Lagos-Frankfurt; Lagos-Amsterdam; Lagos-Milan; Abuja-Jeddah in Saudi Arabia; Kano-Dubai; Enugu-London; Lagos-Dubai; China and Johannesburg, South-Africa, according to Onyema. This is a fulfillment of a big dream to give Nigeria a pride of place in the aviation sector and save Nigerians from exploitative air fares by foreign airlines.

With the rapid build-up of its aircraft fleet, Air Peace is shaping up as the preferred and biggest airline in Nigeria and West Africa. It took delivery of three Boeing 737 aircraft in 2017 and has further procured six Embraer 145 aircraft and two Boeing 777 aircraft. The B737s are deployed for the carrier’s expansion of West Coast destinations while the B777s have been designated for extensive flight services on the airline’s international routes.

Air Peace commenced scheduled flight operations to five destinations in October, 2014. In the four years of operation, it has made a remarkable impact in the Nigeria’s aviation sector. Pointing out the positive impact the carrier has made so far, Onyema recalls that, “we ended the era of avoidable delays when we launched our flight operations to five cities on October 24, 2014 with a record on-time performance reputation.”

The carrier is counted as the first West African airline to own the latest Boeing innovation, obtained with a package of incentives. The brand new aircraft come with a package incentives in the areas of training, spares and some other support that have enabled the airline achieve a smooth operation.

Onyema has his eyes on two standards that cannot be compromised as the business expands: safety and comfort. “We have not only employed and retained the services of some of the best hands in the aviation industry, we have also ensured a tough regime of uncompromising attention to maintenance of our fleet to guarantee the safety and comfort of our esteemed guests”, he said.

He assures that his company will strive to deliver the best flight services to the public, prioritising passengers’ safety and comfort as the company expands its operations.