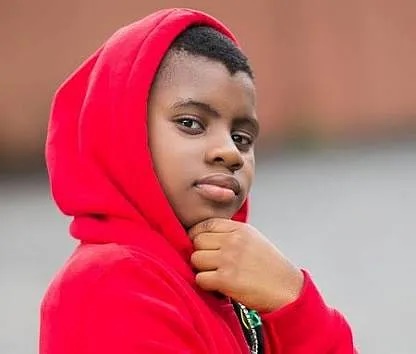 Not many are familiar with the name, OziomachukwuFavourMojekwu. But not many, also, would dispute the fact that the name, Ozzybosco, is a household name in Nigeria. But the two names belong to the same person, the 11-year old multi-talented kid who could correctly be described as Jack of all trades and master of all.

It is really difficult to pigeonhole Ozzybosco’s trade. He is a composer, singer, dancer and actor. He is also an excellent fine artist. His extraordinary talent in many fields has seen him win 182 awards, and hold the position of brand ambassador to many organizations and, wait for it, hold three chieftaincy titles. He has 15 singles and five videos to his credit, which can be viewed and downloaded online, and are also available on digital stores worldwide, including ITunes, Apple Music, Spotify and Amazon.

Ozzybosco has featured in many local and international festivals and competitions, including Calabar Carnival; Lagos Count-Down; Britain’s Got Talent (BGT), in Manchester, England, and Notting Hill Carnival. He is the first kid singer to perform at the Nigerian Music Video Awards, where he won, for two consecutive years, the Best Video by a Minor Award.

There doesn’t seem to be much to write about Ozzybosco, other than the awards he has won in his child-career so far. His resume is littered with awards and recognitions he has garnered over a very short period, within and outside the country.

He has been brand ambassador for the Lagos State Waste Management Authority (LAWMA), which involves educating children in the 57 local government areas and local council development authorities on issues of environment and sanitation. He is a UNESCO Child Advocate, and is always the star attraction at yearly corporate events such Zenith Bank Christmas Youth Parade, Diamond Bank Children’s Christmas Party and the Ovation Red Carol.

Some of the awards he has to his credit are the Pan African Summit Award on Entertainment and Child Advocacy, Most Promising Artiste of the Year, Youngest Nigerian Musician and Best Gospel Child Act.

Success has not made Ozzybosco forget where he belongs. That is why he devotes attention to issues that affect children. He is using the platform of his nongovernmental organization, Ozzybosco Smile Foundation, to campaign against cruelty to children, with the campaign, Stop Child Cruelty.

On Valentine’s Day in 2017, he held a concert titled, Ozzybosco in Valentine Concept with Orphans, to honour over 2,000 school children and orphans, as a way of giving back to society. He regularly visits orphanages to show love and care to motherless children. Such visits have taken him to the Little Saints Orphanage, Laogs, St. Monica’s Orphanage and the Uwanse Motherless babies’ Home in Calabar

A kid with a heart of gold, Ozzybosco took his humanitarian activities to Zaria, Kaduna, on a visit to Usman Sadiq, the four-year old child whose eyes were plucked out by ritualists, where he made material and cash donations to the boy’s family and his school. The gesture attracted the attention of the Emir of Zazzau, AlhajiShehu Idris, who accorded him and his entourage a royal treatment. He also took 14 orphans on an all-expense paid trip to Tinapa, in Calabar.

Ozzybosco has launched a humanitarian health project, School First Aid Box, on which platform he carries out a campaign tagged, No First Aid Box, No School. The campaign is aimed at encouraging schools to provide first aid boxes for the treatment of school children. He donated first aid boxes to schools during the 2017 edition of the International Children and Youth Day celebrations at the National Stadium, Surulere, Lagos.