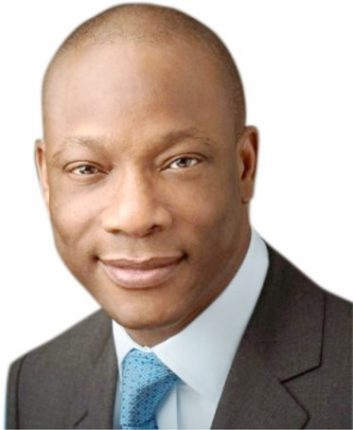 Guaranty Trust Bank Plc ranks high in the banking industry in terms of ability to convert assets into revenue. The bank’s asset turnover has been stable in recent years, as growth in assets stayed ahead of revenue. At the end of the third quarter of the 2020 financial year, total assets increased by 22 percent while gross earnings increased by 2 percent.

Management strategically reduced lending to other banks in the light of the money market conditions and the same caution reflected in a slight decline in investment assets at the end of the period.

Balance sheet expansion was led by restricted deposits and other assets, which more than doubled to N1.2 trillion, financial assets at fair value through profit or loss that advanced by 180 percent to N206 billion and a moderate increase in cash and bank balances.

Improvement of earnings posed a challenge to the bank in 2020, reflecting a lag in the growth of assets and revenue. Interest earnings recorded an increase of about 2 percent to N228 billion at the end of the third quarter. Non-interest income made a moderate improvement of close to 3 percent at the end of September.

The third quarter operations therefore closed with an increase of 2.1 percent year-on-year in gross earnings to N333 billion. The bank needs to grow more volumes in the face of declining yield to improve its broad income lines – interest earnings from loans and investments and also the transaction-based non-interest earnings.

The strong growth in assets ahead of revenue affected asset turnover at the end of the third quarter. The bank recorded an asset turnover of  0.10 at the end of September 2020. Despite being a decline from 0.12 in 2019, it remains one of the best numbers in the banking industry in the year.

Cost of funds provided a major cost saving line for GTBank and management slashed as much of it as it could in 2020. Interest expenses went down by as much as 25 percent year-on-year at the end of the third quarter to N38.5 billion, stepping up from a drop of 23 percent in 2019.

The drop in interest cost gave the bank a cost saving in the region of N13 billion at the end of the third quarter. It claimed a reduced share of interest income during the period at below 17 percent compared to 23 percent in the same period in 2019.

The cost saving enabled an increase of about 10 percent in net interest income  to close at N190 billion at the end of September. The drop in interest expenses happened alongside an increase of 26 percent in customer deposits over the nine months of the year to N3.2 trillion. This means a significant drop in the average cost of funds for the bank in the year.

GTBank can be expected to close the 2020 financial year with the lowest interest expenses figure in several years. This is one big step the bank’s management took last year that helped to defend profit margin and rate of return.

Yet, two other main cost elements of the bank could not be reined in with cost of funds. These are loan impairment expenses and operating cost.  loan impairment charges – which are largely outside management’s control, grew more than  three and half times at the end of the third quarter to over N10 billion. This is an industry wide trend that reflects the effect of the Central Bank’s new loan-deposit lending rule in a declining economy.

The bank had achieved massive cut downs in loan impairment expenses for the past three years since 2017. The resurgence in 2020 raises a signal for caution to the bank’s management.

The other expense line is operating cost, which rose by 13 percent to N112.4 billion at the end of the third quarter. Reflecting the high inflationary trend in the economy, the cost of operations claimed an increased share of gross income in the year.

The cost saving from interest expenses enabled the bank to moderate the impacts of rising loan impairment and operating expenses and stabilize profit performance. GTBank closed the third quarter operations with an after tax profit of N142 billion, which is a moderated decline of 3.2 percent year-on-year at the end of September 2020.

Return on assets GTBank closed the third quarter operations in 2020 with post-tax return on assets of  4.6percent. The strong growth in assets is expected to enhance revenue growth going forward while a check on loan impairment expenses will prop up profit margin. The big step taken by management to rake in a big cost saving from interest expenses provided a major thrust in building wealth for shareholders in 2020.