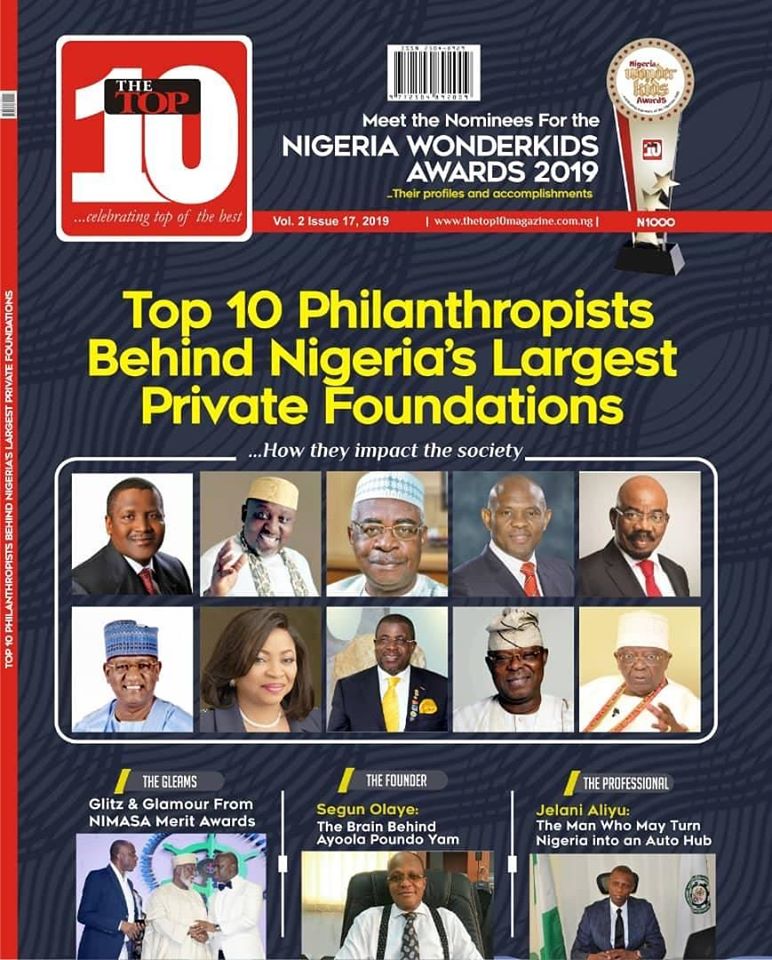 Philanthropists to the rescue

Philanthropy – love of mankind, has since been a critical part of society and its role has become increasingly critical in difficult times. It is more encompassing than charity – which focuses on eliminating sufferings caused by social problems. Philanthropy focuses on the elimination of the problems that give birth to human sufferings.

Difficult times give rise to complex situations and challenges in respect of which many governments lack adequate capacity to deal with. The inadequacy of governments’ responses creates the environment for philanthropy to build an eco-system of complementary funding to address a variety of issues and challenges affecting society.

It is an ambitious effort that exemplifies the power of one individual to make a positive impact on society. This conforms to what John W. Gardner, secretary of health, education and welfare under President Lynden Johnson in United States, defined as “private initiatives for the public good”. The business of government involves public initiatives for public good while typical business undertakings are in dogged pursuit of private good.

Philanthropy comes in between government’s inadequacies and private sector’s excesses to bridge the gaps in delivering solutions to major issues facing humanity. These range from inequality, poverty, health issues, financial exclusion, infrastructure gaps and youth unemployment to lack of opportunities for education and skills acquisition.

Modern philanthropic works dates back to Andrew Carnegie’s Gospel of Wealth published in 1889, which defined the parameters. Like a gospel, Carnegie, a Scottish-American industrialist, who amassed a fortune in the steel industry and became a major philanthropist,  preached that the wealthy are only stewards, not owners of the resources they possess – a model that inspired institutional philanthropy throughout the 20th century.

According to Carnegie, “This, then, is held to be the duty of the man of wealth: to set an example of modest, unostentatious living, shunning display or extravagance; to provide moderately for the legitimate wants of those dependent upon him; and, after doing so, to consider all surplus revenues which come to him simply as trust funds, which he is called upon to administer, and strictly bound as a matter of duty to administer in the manner which, in his judgment, is best calculated to produce the most beneficial results for the community — the man of wealth thus becoming the mere trustee and agent for his poorer brethren, bringing to their service his superior wisdom, experience, and ability to administer, doing for them better than they would or could do for themselves”.

Spurred by the Gospel of Wealth, the founders of iconic American businesses sprang into action to endow both private and corporate foundations that built schools, distributed medicines, transformed agriculture and improved lives by providing tools and resources to millions of people. A number of private foundations that have become the global mega-foundations of today were then created to distribute the fortunes of wealthy industrialists.

As society’s problems have multiplied, philanthropic operations have also expanded in response. The Giving Pledge launched by Warren Buffett and Bill Gates in 2006 is a salutation of Carnegie’s Gospel of Wealth, calling on the world’s wealthiest to join in dedicating their wealth to philanthropy.

Irrespective of the variety of motivations, the common desire of every philanthropic gesture is to improve human condition by going beyond the effects of human suffering to addressing the causes. There is a welcome development that the activities of philanthropic foundations are aligning with the United Nation’s strategic development goals. This is hope rekindled from an unexpected source that the vital development goals still have a fair chance of being met.

In Nigeria, government is well behind in meeting the millennium development goals but philanthropy is on the way to the rescue. Philanthropic agents have become a major balancing force as competing interests and many political hurdles have kept government intervention in human welfare continually sub-optimal.

The availability and growing impact of funds and foundations that are actively attacking and stopping the drivers of human sufferings present a beckon of hope and optimism in darkening times. The size of Nigeria’s philanthropic industry has grown steadily as has private wealth.

Philanthropic foundations in Nigeria are funded principally by companies, families, individuals o other sources outside of the government sector. Their activities cover many forms of reliefs to the poor in society and the underserved in the economy.

A good number of the foundations are involved in poverty reduction and employment creation, educational funding, creation and management of public works, social services/community infrastructures and combating environment deterioration. There are also a good number of activities of the foundations in defence of public interests, children’s and civil rights, elimination of discrimination and promotion of equal opportunities.

The operations of these organisations present a formidable force of intervention in Nigeria in redistributing wealth and opportunities. The rate of population growth has overtaken that of economic growth, resulting in many people dropping below the poverty line.

Constrained by resources, government isn’t able to create sufficient safety nets in the face ravaging poverty and dislocation of economic and social lives by both economic hardship and security challenges facing the nation. Philanthropic organisations have come in as in a rescue mission to pull people out of poverty and various disadvantaged situations. Testimonies abound of life changing actions and responses by these organisations that are in clear endorsement of Carnegie’s Gospel of Wealth.

The credit goes to hundreds of philanthropic men and women making these great interventions in society in many fronts through the various foundations they have created. While Top 10 Magazine has captured in details the activities of top 10 philanthropic foundations in Nigeria in this edition, the work is no doubt, a recognition of the good works of all the people in the business of helping humanity.