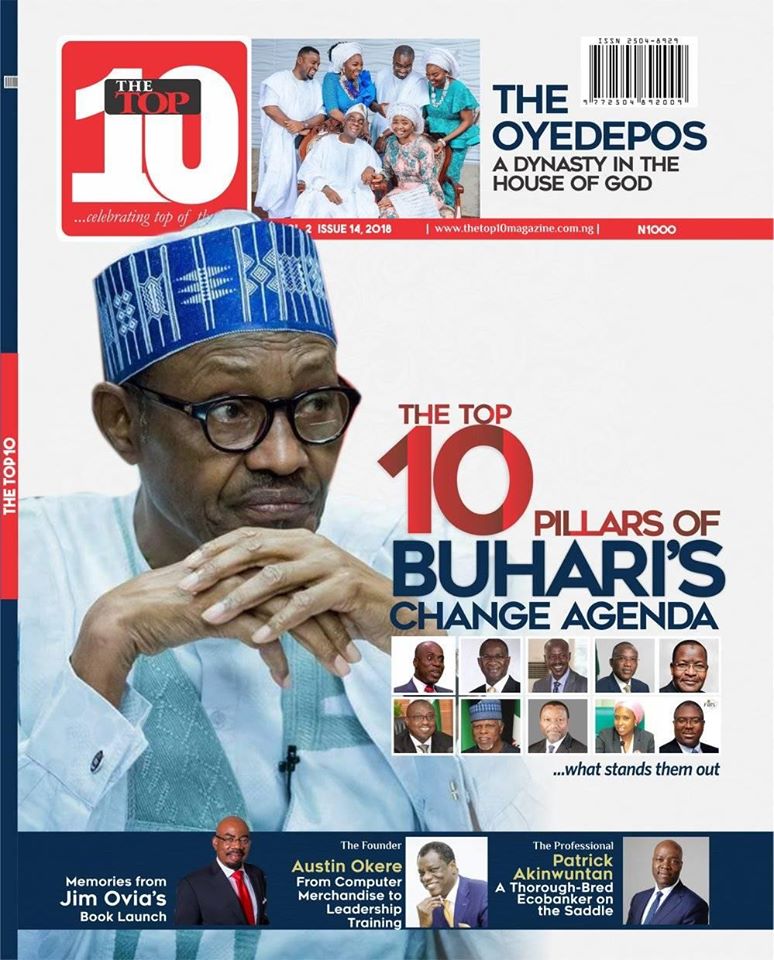 In 2015, President Muhammadu Buhari came to Nigeria’s political stage with a message of change to a society that couldn’t wait for the much needed change to begin. History has shown however that whenever expectations run that high to the point of desperation, the change may come unnoticed at least in the short-term. It takes a change in the system and in the flow of resources to create new opportunities and impact lives.

A system that can channel resource imputes to targeted activities and deliver desired result is precisely what Nigeria has lacked for many years. The channel of resource flow has been punctured and vandalized at many points that divert the wealth of the nation from serving public purpose to serving private interests of treasury looters.

The government of Buhari appears to be the first time a determined effort is being made since the return of democracy in Nigeria to close at least some of the resource drain pipes of corruption that have denied the nation of many opportunities for a development breakout. The President has therefore deployed his men charged with the mandate to rebuild broken down systems and structures to permit the flow of resources into life changing development projects.

The rewards can be seen in several areas where a number of his outstanding army of change are delivering good results. Discipline has returned to the government house generally, the party is over for treasury looters – many on the run and many in police net and looted funds are returning home from various hiding corners in hundreds of billions of naira.

Big scandals untouched by previous governments have been unearthed and put on trial, sacred cows have lost their undue privileges, fraud probing searchlights have crossed into hitherto ‘no go areas’ and lawyers and judges have been made to face the law they claimed to protect.

The narrative of change includes the turning of revenue drain pipelines in customs, tax authorities and many other agencies of government into revenue bearing valleys. It speaks also of the biggest infrastructure projects ever in the nation’s history coming under way – country wide rail link, roads, electricity, etc. These are happening with lower amount of resources than were available to previous governments.

In the affairs of government however it matters to what extent government is able to turn the changes it brings about into opportunities for the people and businesses. That seems to be the second gear that government needs to engage to take the benefits of the changes to the people. This isn’t going to happen without channeling idled money in the Central Bank’s vaults back into productive activity in the credit and capital markets, financial pundits insist.

The performance of any service organization of which government is the biggest depends on the quality of people it has in key positions. The ability to deploy able people to drive the change process of his administration is the key factor in the progress the President has made so far in the pursuit of his change agenda.

In Buhari’s government are a number of men and women that are striving hard to make the promised change happen in the economic and social lives of Nigerians. These are people who have distinguished themselves and made their marks in various areas of their previous services. They have been brought in to replicate their earlier accomplishments at a national scale.

Out of this group have emerged the top 10 personalities that have ably led the battle for change in their respective ministries and agencies of government so far and are reporting great victories for the nation.

In the years to come, the Buhari-led government can hope for some credit that it isn’t likely to receive now. It is in the character of history to paint pictures of the ‘good old days’ gone by. In the affairs of men, victories are often unsung until failures begin.

That seems to be a consolation to the change driving team of the Buhari’s government that they would no doubt be sung some day for their boldness to challenge the status quo and redirect the affairs of the nation. The verdict of history on the present administration in the years to come can be foreseen. ‘At least, there was sanity in his government and he fought corruption more than any other government before him’.

That credit whenever, it may be given, belongs not to Buhari alone but also to the golden men of his government that this historical edition of Top 10 Magazine has shown to be the key drivers of his change agenda.