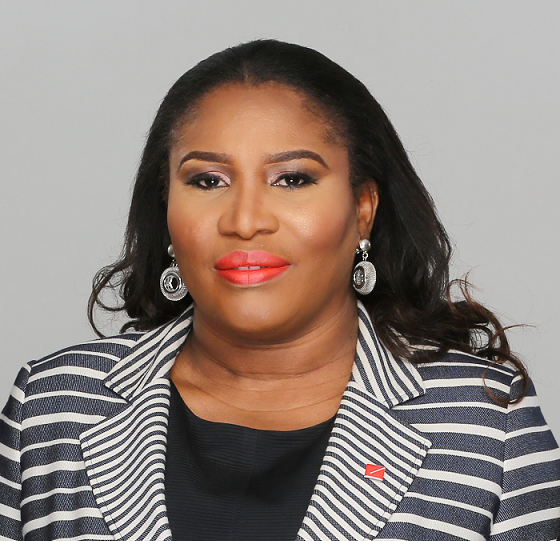 Oluwatoyin Sanni is group chief executive officer, United Capital Plc, a leading financial and investment services group with Africa-wide focus in empowering people and governments to achieve their objectives through its range of financial and investment service offerings. The company sets itself on a purpose of transforming the African continent by providing innovative investment banking solutions to governments, companies and individuals.

Sanni is the captain of the corporate ship on a great mission to become the financial and investment role model across Africa. She is deploying innovation, technology and specialist skills to meet and even surpass clients’ expectations, irrespective of their operating conditions.

A lawyer, chartered secretary and stockbroker with over twenty-five years experience in investor services, law and finance, Sanni appears well equipped to navigate through the troubled waters of the economy and deliver the expected corporate results. It is quite a familiar terrain for her, having run successfully trustee, asset management and leasing businesses before joining the United Capital group.

She played leading roles in structuring landmark deals such as the issue of multi-trillion naira AMCON bond, the Lagos State bond programmes, the debt issues done by Lafarge WAPCO, UPDC and Flour Mills of Nigeria. She led the establishment of UBA Global Investor services in 2007, which rapidly became a leading Nigerian custodian outfit. She is also credited for securing the mandates of major global custodians.

She is ably pursuing the realisation of her company’s corporate goals in the core areas of investment banking, asset management, trustees and securities. Her company has established a track record in structuring and executing complex transactions across the African continent, having provided leadership in project finance, investment advisory and capital markets transactions to both corporate institutions and governments.

United Capital was also the financial adviser on the first mortgage securitization in Nigeria amounting to N26 billion. It was the lead arranger of the US$122 million acquisition of 60% equity stake in Abuja Electricity Distribution Company Plc by KANN Utility Company Limited

Other major deals include a co-adviser role to the Central Bank of Nigeria in the development a national infrastructure finance policy. The company was also a co-financial adviser to Lagos State government in respect of securing the most viable procurement option for road development.

The company closed the 2016 operations with an outstanding growth of nearly 170% in after tax profit to N6.91 billion from gross earnings of N9 billion, showing one of the highest profit margins among the entire number of listed companies. It swept five major awards in the main competitive category at this year’s Pearl Nigeria Awards to emerge the overall winner for the year.

For her sterling performance at United Capital Plc, Sanni is named one of the top 10 CEOs of the year, 2017 by Top 10 Magazine.