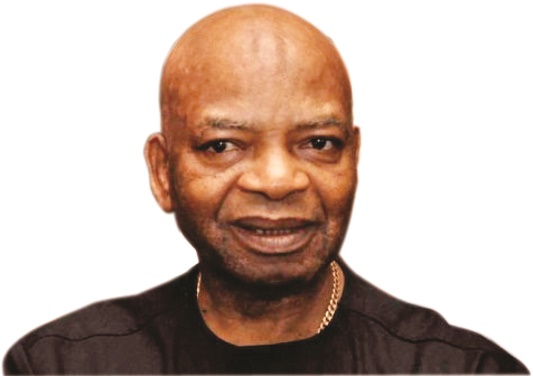 Prince Arthur Eze is executive chairman, Atlas Petroleum International and its sister company Oranto Petroleum – which have established extensive footprints in the business across the African continent since inception in 1991. He has producing assets in Nigeria and Equatorial Guinea and numerous Atlas/Oranto-operated blocks.

A business mogul and a philanthropist from a royal family in Anambra State, Eze is ranked the 8th wealthiest man in Africa. He is a mechanical and chemical engineer bred at California State University, Long Beach, California.

He is well grounded in African petroleum industry, holding 22 oil and gas licenses in 12 jurisdictions across Africa – representing the largest oil exploration blocks in the continent. His two companies are ranked Nigeria’s largest privately-held, Africa-focused exploration and production group.

The Atlas and Oranto are engaged in oil exploration, development and production with daily output of 18,000 barrels of oil. They operate throughout Africa with regional offices and representatives in key investment locations. From a technical base in Lagos and headquarters is in Abuja, Eze rules over the regional operations.

Oil production capacity is expected to rise significantly this year in view of scheduled new development drilling in 2019. The companies boast billion-barrel drill ready prospects in many licences upside of the portfolio. A number of the licences afford appraisal and field development farm-in opportunities.

Eze structured his operations to ensure coordinated activities on both sides of exploration and production. Oranto Petroleum is positioned as an early exploration phase licence operator. It conducts subsurface technical work programmes and acquires seismic data.

The company establishes and de-risks prospect acreages to attract technical partners to operate its licences at the exploration drilling phase. Hence it takes the position of administrative licence operator while farm-in technical partners conduct drilling at all well operations.

Atlas International is positioned on the side of production and it currently produces 18,000 boepd from two production hubs in Equatorial Guinea and offshore Nigeria.

Eze has at his command an executive capacity of African petroleum industry specialists that run the business. He has a deliberate tuning of indigenous character in leadership with a view to sharing the concerns and address the challenges of the host communities. This presents a clear competitive edge over foreign operated oil companies that have left their host communities in ruins.

Eze is the man driving the vision towards Equatorial Guinea becoming a mega gas hub for the sub-region. This involves developing several offshore gas hubs to monetize neighbouring gas reserves and develop downstream gas industries that would spur industrial development and rev up economic growth.

By his pan-African oil and gas exploration and production group, he has signed agreements for the development of Allen offshore gas hub in Equatorial Guinea. This will involve a significant investment into the country’s backfill project, which is expected to be in the region of $350 million.

With their partners, Atlas and Oranto Petroleum will be pooling supply from stranded gas fields in Equatorial Guinea and the Gulf of Guinea and replace declining output from other fields. Eze considers the project a confirmation of Atlas Oranto as a strong African gas player.

“We firmly believe that gas monetization is not only key for Equatorial Guinea and Nigeria but for the whole of Africa. Atlas Oranto will continue to invest in gas monetization projects across the continent, including gas-to-power and the curbing of gas flaring,” he said.