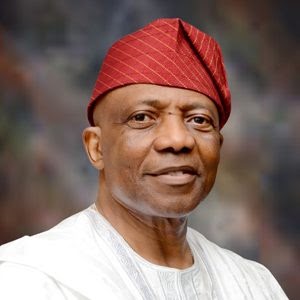 Chief Oladipo Jadesimi is chairman, Lagos Deep Offshore Logistic Base (LADOL], a company that set out in 2000 with a vision of creating the first purpose-built, state-of-the-art logistics and engineering base west of Niger Delta. The project was conceived and designed to be an efficient, custom-built, fully integrated, secure and independent engineering and logistics base with a non-stop operations in the LADOL Free Zone for deep offshore oil and gas projects.

LADOL has attained great milestones in the development of Nigeria’s maritime industry as a deepwater port. It has provided a major vehicle for maximizing Nigerian content, direct foreign investment inflow, technology transfer and job opportunities.

It provides logistics, engineering and other support services to offshore oil and gas exploration and production companies operating in and around West Africa. It provides berthing and handling services for ocean-going supply vessels among others to companies engaged in shipbuilding; deepwater offshore exploration and production; mooring services; vessel and rig repairs, engineering, construction, among others. Being designed to service deep water offshore operations, much of the cargo handling at the base is related to import and export of materials for deep water offshore activities.

The project development began in 2001 and was completed at a cost of $150 million. At the completion of the first phase, LADOL had initial infrastructures that included a 200-metre quay, an 8.5-metre draft, a 25-tonne square metre high load bearing area – the highest load-bearing platform in Lagos harbour and additional 30-tonne bollards at either end that can accommodate up to six supply vessels and three heavy-lift vessels. Other facilities include a hotel, warehouse, office complex, roads, water treatment and underground reticulation.

It commenced full operations in 2006 and was designated a Free Zone in the same year in line with the Nigeria Export Processing Zones Act, 1992. That makes it a conducive business environment within the West African sub-region for domestic and international industrial companies to execute high-risk projects safely in Nigeria. An investment of over $450 million is estimated to have gone into the development of the all-in-one industrial village, providing in one location specialised infrastructures, equipment and trained personnel that investors need to operate without any hitches.

Jadesimi’s LADOL has succeeded in bringing home major engineering works that used to be done offshore or by expatriates. Some of such major projects include the final installation of Chevron Agbami FPSO between 2006 and 2007, repair jobs on Ben Avon, Transocean-Baltic and the Noble Drilling’s Noble-Percy Jones rigs – both in 2011 and the maintenance of Noble Drilling’s Noble Lloyd Noble rig in 2012.

With the support of Total Upstream Nigeria Limited, LADOL expanded further in 2015 to include a new US$300 million Floating Production Storage and Offloading (FPSO) vessel fabrication and integration facility to carter for the needs of deep water offshore projects. The FPSO vessel fabrication and integration facility is currently being operated by SHI-MCI FZE, a Nigerian local content development-driven joint venture between Samsung Heavy Industries and LADOL’s shipyard operator, Mega-Construction and Integration FZE.

The joint venture was initiated to fabricate and integrate Total Egina FPSO in Nigeria and other similar projects expected to be carried out in Africa. LADOL’s managing director, Dr. Amy Jadesimi, considers this a great milestone attained in the development of the Nigeria’s offshore oil and gas industry. At the receipt of the completed hull of Total Egina FPSO for integration, it will be the first of such procedure to be completed in Nigeria, she said.

The fabrication and integration facility consists of an assembling area, a painting shop, utility and warehouse area with a production capacity of 10,000 metric tons and a quay length of approximately 520 metres, a depth of 13.5 metres and heavy lifting area of 5,000 metric tonnes.

The shipyard is set to increase the size of vessel fabrication in Nigeria, create around 50,000 direct and indirect jobs and make Nigeria the leading country on the continent for offshore oil and gas fabrication and engineering.

LADOL has built a facility that is crucial in making Nigeria the hub of maritime business in West Africa. The next phase of its expansion is planned to include a dry dock that will be the largest in West Africa and create as many as 100,000 direct and indirect jobs.

The latest infrastructure projects in LADOL include a technical training academy, the construction of a new 24 megawatts gas power plant set to commence before the end of 2017; the construction of passenger jetties in Ikoyi and Apapa with an emergency response facility and capacity to accommodate 1000 passengers, scheduled to be completed in 2017.

The development at the base incorporates facilities for drilling and production related materials. A network of pipelines within the quay side enables the supplies of water, fuel and fluids needed to support deep water offshore operations directly to vessels. It has adequate supplies of equipment such as tugboats, barges and ferries, cranes and forklifts, trucks and flatbed trailers and earthmoving equipment.