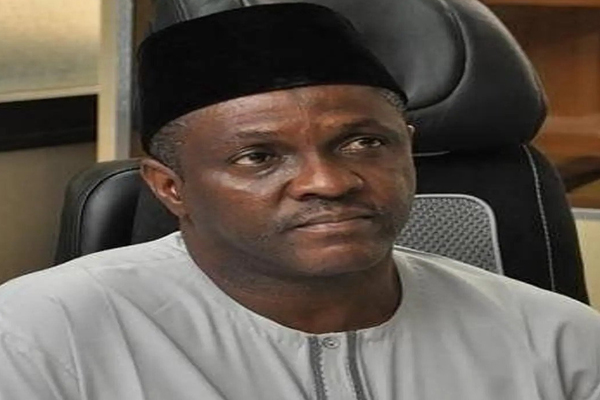 The Nigerian National Petroleum Corporation (NNPC) is passing through the most critical phase of its history. For more than four decades, the corporation had been a behemoth, or an Octopus, run in a manner that was perceived to be opaque and devoid of openness and transparency. This has constantly attracted criticisms from the public almost throughout the entire period it has been in existence.

Now, with the Petroleum Industry Act (PIA) in place, the former behemoth is about to be a new entity that would be run with openness, transparency and accountability. If managing public perception of NNPC before the coming of PIA was a difficult task, winning the trust, belief, sympathy, goodwill and support for the emerging new entity isn’t going to be a walk in the park. It is a job only a tried and tested communication professional like Mohammed Garba Deen can handle.

Garba Deen, the Group General Manager, Group Public Affairs Division of NNPC, had held the same position during President Muhammed Buhari’s first term when Emmanuel Ibe Kachukwu was minister of state for petroleum resources. He left the position in what would turn out to be an interregnum when the current minister of state, Timipre Silva, was appointed to replace Kachukwu, and he was appointed his Special Adviser on Media.

His second coming, on the same position, at a time the corporation needs to have its new identity, mission and activities in the new era well-articulated and communicated to the public, can only mean one thing: Garba Deen is the best man for the job. He is only the second person in recent history to hold the position at two different times in the organization.

Garba Deen is a well-rounded professional in journalism, public relations and perception management. He understands the arduous job of managing communication for an organization that needs to shade an image of opaqueness for that of an entity whose activities would be an open book for the public to read. Perhaps none other is better equipped to articulate and communicate NNPC’s new policy of Transparency, Accountability, Performance and Excellency (TAPE) than a man with the experience of Garba Deen.

He is now going to be speaking for an organization that runs as a business concern, out to make profit – an organization whose number of publics will increase to include shareholders interested in return on their investments.

His pedigree in journalism puts him in good stead for the job of a mass communicator at the level that is expected of the perception manager of a repositioned and refocused NNPC.

He commands the respect of not only his colleagues, but also leaders in all walks of life.

Outside the newsroom, Garba Deen has worked variously as media assistant and adviser to some influential people and political leaders, including former president, Olusegun Obasanjo, as Honorary Media Assistant.

Well known for creativity and innovation, Garba Deen broke new grounds with introduction of digital media content in managing media relations and communication at his last place of assignment before his return to NNPC, the Ministry of Petroleum Resources, promoting the activities of the ministry and the minister of state on conventional and social media platforms.

Garba Deen, who holds first and second degrees from the Ahmadu Bello University, Zaria, and is also an alumnus of the Lagos Business School, is not only a team player, but a leader who leads from the front.  He has a sharp and analytical mind that enables him to predict developments and prepare adequate and timely responses, from the point of view of public relations. And where he needs to be proactive to prevent and unwanted situation from occurring, he hasn’t been found wanting.