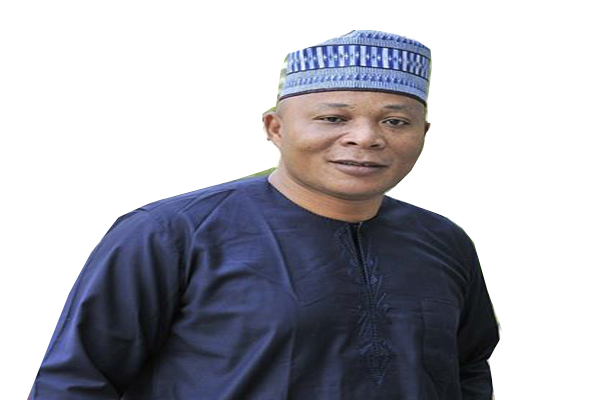 Nasir Olanrewaju may have been satisfied with his job as Head, Media and External Relations (then) at the United Bank for Africa Plc, one of Nigeria’s leading financial institutions, being the thorough-bred professional that he is. But a special letter of commendation from Tony Elumelu, the bank’s chairman, for his outstanding contributions to the growth of the bank through the positive image it has maintained over time, brought home to him the impact of his 15 years of service to the bank. It made him realize that his contributions had not gone unnoticed. The bank’s positive image through favourable media mention said so. The bank said so, through no less a personality than its chairman.

It would be stating the obvious to say that Olanrewaju knows his onions. A holder of a First-Class degree in International Relations and a Master of Business Administration from Obafemi Awolowo University, Ile-Ife, Osun State, he showed dedication and commitment to duty from the time he assumed duty as Media Executive at UBA in May, 2006. He literally lived in the newsroom, resuming work with journalists and closing with them. He needed to understand the constituency where he would be operating. This strategy would aid him in building the kind of friendship and rapport that have made it possible for journalists across media houses to see him as one of them. His inter-personal relationship with media practitioners is excellent.

It wasn’t a surprise that four years later, in March, 2010, Olanrewaju was promoted Head, Media. His smooth run, which saw him get better on the job like an old wine, as he progressed, yielded for him another reward in form of promotion, this time with the additional responsibility to manage UBA’s external relations – as Group Head, Media and External Relations – in January, 2016.

The icing on the cake for his rise in the organization came one year later, in February, 2017, when he was promoted Head, External Relations. On his current position, Olanrewaju is charged with the responsibility of managing external relations for a Pan-African Financial Octopus with tentacles in other parts of the continent, as well as Europe and the United States.

The position is a reflection of the confidence and trust the bank has not just in Olanrewaju’s competence, but also in his judgement in managing its relations with its various publics. The result of this confidence is the positive public image and rave reviews UBA receives in the media, both conventional and online.

In about two decades, Olanrewaju has proved to a be quite versatile in public relations and marketing communications, spanning public relations, marketing, crisis management, marketing strategies and campaigns; brand strategy and corporate communications. This has been made possible because of his recognition of the role continuous education and training plays in the profession. In order to be on top of his game at all times, he returned to the classroom to acquire more learning, obtaining a Master of Science in Media and Marketing Communication from the Pan Atlantic University in Lagos.

These impressive educational qualifications and on-the-job training constitute the fuel that powers his brilliant performance in all the positions he has held. This is in addition to the strong interpersonal skills that he developed working in culturally diverse and multinational environments.

The fruits of Olanrewaju’s sacrifice, determination, diligence, commitment, expertise and loyalty to his employers have come in form of awards and recognition he has received in the over 16 years he has served the bank. Perhaps none would remain indelible in his mind than the letter Elumelu wrote to congratulate him on clocking 15 years with UBA.

“On behalf of the Board, Management and Staff of the United Bank for Africa (UBA), Africa’s global bank, I congratulate you on your 15th anniversary as a member of UBA tribe,” the chairman said in the letter. “I write to commend you for the sacrifice, passion, and commitment that you have demonstrated in carrying out your job and ensuring that the Bank is projected externally in the most positive light always. With each passing year, you bring creativity and a strong work ethic to the team and I wish you continued success in your career.”

Quite remarkably, Olanrewaju has been humble enough to give credit for what he has become at UBA to those he rightly believes deserve it.

“UBA and Elumelu made me who I am today,” he said during one of the numerous awards he has received from media houses for his performance. He never forgets to appreciate the man at whose feet he learnt the job – his immediate boss. “I had no experience when I was employed before the Chairman handed me over to Charles Aigbe, who adopted and tutored me on how to go about the job.”