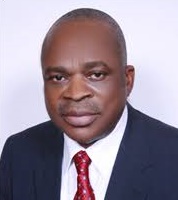 Prince Adesuyi Haastrup is chairman, ENL Consortium Limited, a company founded in 2002 primarily to bring together expertise in utility management. His purpose was to expand the activities of the consortium to key into the ports privatisation initiatives of the government in the middle of the decade. He saw a great potential in the business of running a privately managed ports concessions – a vision he has translated into a huge success.

Government’s decision to bring in the private sector in sea port operations was taken with the objective of providing both the infrastructures and efficient and cost effective services in the maritime sector. It was Haastrup’s desire to be part of the realisation of this purpose for the nation.

The desire found an expression in 2006 when ENL was awarded the concessions for terminals C and D at Apapa port complex in Lagos. They are multipurpose terminals designed to handle both general and containerised cargoes.
The company started operations in the power sector in 2002 and expanded into port operations with the granting of the terminals management concessions in 2006. It has attained great strides in port and container terminal development with the deployment of new equipment that permit a hitch free operation at its terminal.

ENL Consortium Limited handles port operations, ship handling, discharging and haulage services among other activities outside the maritime sector. It boasts 11 berth strength and the capacity to handle between 9.7 and 11 metres draft, one of the biggest single sea port facilities in West Africa.

The company has contributed to the development of sea port infrastructures in realisation of the objectives of the reform programme. It has undertaken extensive rehabilitation and reconstruction of quay aprons and stacking areas, expansion and reconstruction of container terminals, rehabilitation of terminal access roads, sheds/warehouses, provision of lighting facilities, reconstruction of drainages and improved workshop facilities.
ENL Consortium has invested in modern state of the art equipment and facilities such as forklifts, container handlers for cellular trade demand, including gantry cranes, reach stackers, handlers, mafi-tugs to ensure adequate capacity for carrying out container handling operations.

The company has promoted industrial harmony by accomplishing a major reform on the side of dock labour. It has streamlined stevedoring companies, established an acceptable manning scale to maximise productivity, among other major steps taken to create conducive environment for operations. It has also instituted capacity building programmes, including training and re-training of staff and has also improved welfare packages of workers.

These efforts have paid off by way of continuous ship discharge/loading operations without erratic stoppage of ship operations that used to prevail. Increased productivity per unit of labour has been achieved with a high level of discipline.

Major loopholes for extortion such as under declaration of cargoes have been closed, which has led to increased revenue generation for government. Pilferages have been eradicated and major improvements in the security environment, communication facilities and IT application, have permitted a significantly improved turn-around time of vessels.
The company has capitalized on the port reform to drive development in the maritime industry in a competitive environment that has created improved prospects for actualising the dream for a seamless port operations and a greater future for the Nigerian maritime sector.
In the last 11 years of port concession, ENL Consortium has been a positive force of transformation that has taken place in the Nigerian maritime sector. It has contributed its quota in the value that private operators have added to the port system in Nigeria over the years – which has empowered it to compete favourably with other ports in the world. It has contributed to the rapid developments that have rekindled the hopes for making Nigerian ports the hub of Africa.