Prince Clement Haastrup, former deputy governor of Osun State, is founder and chairman, ENL Consortium Limited. He set up the company in 2002 primarily to put in place utility management expertise to serve a need in the power sector. Part of the plan was to exploit the opportunity arising from the port’sprivatization initiative of the government for privately managed ports concessions.

The opportunity came in 2006 when ENL was awarded the concessions for terminals C and D at Apapa port complex in Lagos. They are multipurpose terminals designed to handle both general and containerized cargoes. For Clement, it was a much-awaited opportunity to mobilize the best of equipment and manpower to practically express new ideas, policies and processes critical to revamping the shipping business in Nigeria.

He has so far attained great strides in port and container terminal development with the deployment of new equipment that permit a hitch free operation at the terminal. ENL Consortium undertakes port operations, ship handling, discharging and haulage services among other activities outside the maritime sector. It boasts one of the biggest single sea port facilities in West Africa with 11 berth strength and the capacity to handle between 9.7 and 11 metres draft.

Dr. Victoria Haastrupis the vice chairman ENL Consortium Ltd, the brand they founded together and have built together to an enviable height. She brings into play the natural trait of the women in building the family to build the business. Victoria believes that women have a special grace that men do not have.

Clement affirms that truly her aura turns things around, paving the way for securing one big contract after the other and eventually the port. The management of the port terminals is practically in the hands of Victoria.

Clement concedes that she is the best hand in management, the directing mind of the business, not only in the port but in all the operations of the consortium. Victoria concurs. “I am a very hard-working woman. There is no ‘no’ in my dictionary. When I hear ‘no’, I go to where I will hear yes. I will never give up because I am rugged and passionate about what I do. When one door closes, I go to where another bigger wider door will open for me; there must be something to do to get things done in my own life”.

Victoria is a product of Kaplan Holborn College, London as well as the London School of Business. She holds a doctorate degree in Business administration from Ladoke Akintola University of Technology. She had a successful career in NNPC before becoming the managing executive of the port terminal operation of ENL.

With her leadership acumen, the concession has grown from strength to strength and the operational efficiency is reckoned to have leapt four folds from inception. In no time, she has become a very active and prominent woman in the maritime sector in Nigeria. She is the chairman of Sea Ports Terminal Operators Association of Nigeria, an association that comprises the movers and shakers of maritime industry operators in Nigeria.

Sea port operation in the country was a completely run-down system before ENL and other private operators took over. Moving it forward therefore posed serious challenges – dealing with labour issues, rebuilding infrastructures and creating an enabling environment. However, ENL Consortium has overcome the major challenges, making the port concession policy of government a success story, Victoria said.

The unity of purpose of this power couple is visibly at work at ENL Consortium’s port terminal operation – Clement breaking new grounds and Victoria breaking the bulk to deliver stunning results in quality service delivery.

Together they have built capacity to handle sea to ground cargoes of all kinds and sizes with a large warehouse space for all kinds of items and products. ENL assures of best-practice processes and procedures that match global standards of consistency and safety. ​​​​​​​​ It runs a haulage system that ranks the company as one of the top-class haulage service providers in Africa.

The Consortium has invested in modern state of the art equipment and facilities such as forklifts, container handlers for cellular trade demand, including gantry cranes, reach stackers, handlers, mafi-tugs to ensure adequate capacity for carrying out container handling operations.

Victoria’s approach in handling labour crisis by undertaking a major reform on the side of dock labour has worked to ensure industrial harmony. The effort streamlined stevedoring companies, established an acceptable manning scale to maximize productivity, among other major steps taken to create conducive environment for operations. She also instituted capacity building programmes, including training and re-training of staff and has also improved welfare packages of workers.

These efforts have paid off by way of continuous ship discharge/loading operations without erratic stoppage of ship operations that used to prevail. Increased productivity per unit of labour has been achieved with a high level of discipline.

Major loopholes for extortion such as under declaration of cargoes have been closed, which has led to increased revenue generation for government. Pilferages have been eradicated and major improvements in the security environment, communication facilities and IT application, have permitted a significantly improved turn-around time of vessels.

In the 14 years of port concession, Clement and Victoria have proved themselves to be a force of transformation of the Nigerian maritime sector. They have contributed a big quota in the value that private operators have added to the port system in Nigeria over the years. They take the credit for strengthening the port to compete favourably with other ports in the world, rekindling the hopes for making Nigerian ports the hub of Africa. 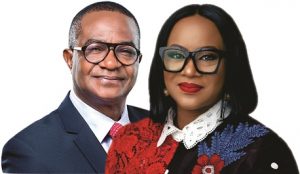 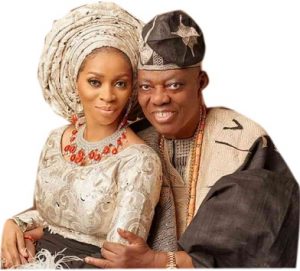 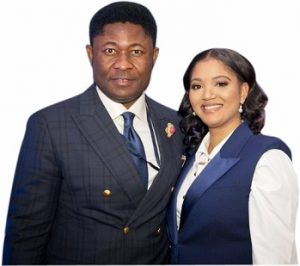