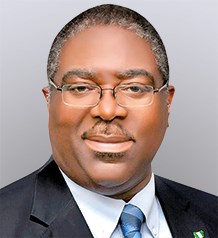 Dr. Babatunde Fowler, executive chairman, Federal Inland Revenue Service (FIRS) is President Buhari’s right hand man in an administration in which internally generated revenue [IGR] has become the critical success factor for the government. The President has made many political appointments but in respect of Fowler, it was apparently a professional appointment.

The job needed someone tested and trusted because raising the IGR capacity was the only option of avoiding impending fiscal crisis at the commencement of the Buhari-led administration. Then, crude oil price drop had cut down oil earnings sharply, dried up inflow into the excess crude account and enlarged fiscal deficits. For a good path of 2015, crude oil price hovered well below the budget benchmark price of $52/ barrel. Buhari really needed someone capable of some kind of magic wand to be able to fund the federal budget.

Fowler is about the only person who knew the formula for multiplying IGR for government – a wonder he was then performing in Lagos State. In about seven years to 2013, he multiplied internally generated revenue of the state from a monthly average of N3.6 billion to an average of almost N21 billion. That raised the status of Lagos state to become the only state in the federation capable of generating more revenue internally than the monthly federal allocation.

Fowler swung into action at his appointment and embarked on a mission to replicate at federal level the success story he recorded in Lagos State. His record breaking performance began with the raising of over N500 billion that was shared by the three tiers of government in June 2016 – the highest revenue figure disbursed so far then in the year. According to him, only 30% of the funds came from crude oil earnings, a development he said was a proof of the nation’s ability to fund government operations from non-oil revenue.

Since then, he has been breaking records in revenue generation, hitting an unprecedented mark of N4 trillion in tax revenue collections in 2017. This is a clear 21% increase over the N3.3 trillion tax revenue figure for 2016.

At the end of June 2018, N2.52 trillion had rolled into the coffers of FIRS from various taxes, representing 75% of the annual target. This is an increase of N746 billion or 42% over the N1.7 trillion tax revenue figure realised in the same period in 2017. The performance is notwithstanding the recession–induced slow motion state of the Nigerian economy.

FIRS’ chief executive officer has an understanding of his job from a long-term perspective. He hasn’t come to the saddle to meet a temporary gap in oil earnings with tax revenue collections. He is on a duty of building a sustainable tax revenue capacity. “Even if the price of oil gets as high as $100 per barrel, taxation and tax administration will continue to move forward”, he said.

Fowler is promising to attain new heights in tax revenue collection with his agency’s drive still accelerating. “By putting our hands together in contribution on to our set goal, I am confident that we will surpass our past result and we will be on our way to the future we hope to achieve” he assured. His agency stands out as the centre of good news to the government and the nation at the most challenging period in its history.

Fowler has applied innovative solutions to finance the operations of the federation with reduced share of oil earnings in aggregate revenue. The innovative approaches that are turning in the stunning results include the implementation of a tax waiver programme he initiated in 2016.  The programme encouraged voluntary compliance and generated more than N27 billion in revenue in the year.

A joint nationwide tax payer registration drive by FIRS and SBIRs added over 814,000 new corporate taxpayers in one swoop, lifting the national taxpayers’ roll to 14 million at the end of 2016. Tax education and enlightenment teams were engaged in the national drive.

Fowler has also simplified tax payment with the provision of online payment solutions. All core tax administrative processes, including registration, filing, audit and payments have been automated under the Integrated Tax Administration System (ITAS) and other taxpaying channels that now enable tax payment from the comfort of homes and offices. Further to this is the easing of procedure that now permits the filing of tax returns at the nearest tax office.

Fowler is confident of his strategies for achieving the objectives of the 2018 budget. These include deployment of technology to rake in revenue from new angles this year. According to him, FIRS has stepped up enforcement activities against task defaulters, including placing non-compliance stickers on business premises and placing a lien on bank accounts of tax defaulters.

His plan is to be unrelenting with the drive, make it to serve as a deterrent to tax defaulters and consequently increase tax collection. With the end of the deadline for the Voluntary Assets and Income Declaration Scheme, Fowler said the next steps would be to investigate those that failed to comply and possibly stop their business activities, prosecute them and sell their assets.