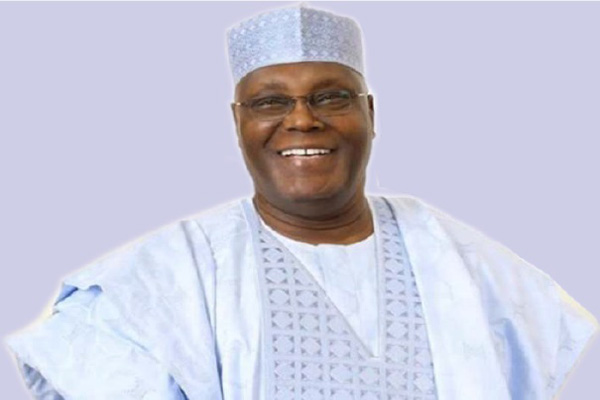 Apart from Chief Obafemi Awolowo of blessed memory, perhaps, no Nigerian politician has developed a stronger ambition to be the country’s President than Alhaji Atiku Abubakar. In terms of number of attempts – and failures – Abubakar beats them all. On March 23, 2022, the former Vice-President of Nigeria threw his hat into the ring as the People’s Democratic Party (PDP) presidential contender in the 2023 election. This makes it the 6th time he would be contesting for the President of Nigeria.

The 75-year-old Abubakar had unsuccessfully contested five times for the Office of President of Nigeria in 1993, 2007, 2011, 2015 and 2019. In 1993, he contested the Social Democratic Party presidential primaries, losing to Moshood Abiola and Baba Gana Kingibe.

In his recent declaration speech, the perennial presidential contestant alluded to his previous failed attempts: “I have contested for the office of the President of the Federal Republic of Nigeria a couple of times in the past. My enduring persistence is borne out of my passion to rekindle the Nigerian dream that I was privileged to live.” He said his return to the presidential race this time was in response to the yearnings of Nigerians: “Since our last fight in the court, challenging the 2019 election results, I have received several calls and encouragements from you to contest again. I have listened to your brave voices. Beyond the words coming out of your mouths, I could imagine your frustrations, yet you are hopeful. I admire you greatly for choosing hope over despair.

Born on November 25, 1946, in a small village, Jada, in Adamawa State, Atiku Abubakar is the only surviving child of his parents, Garba Abubakar, a Fulani trader, and Aisha Kande.

Abubakar did not start his education until he was eight years old because his father strongly opposed western education. When the government discovered that he was not attending mandatory schooling, his father was jailed for a few days until his mother paid a fine. He was subsequently enrolled in Jada Primary School before proceeding to Adamawa Provincial Secondary School in Yola where he excelled in English Language and Literature.

Upon his graduation in 1965, he studied briefly at the Nigeria Police College in Kaduna but left when he was unable to produce an O-level Mathematics result. In 1966, he gained admission to the school of Hygiene in Kano after working as a Tax Officer in the regional Ministry of Finance. In his new school, he served as an interim Student Union President and graduated with a diploma in 1967. With a regional scholarship, he enrolled for a Law Diploma at the Ahmadu Bello University in the same year and completed the programme in 1969. He went on to work for the Nigeria Customs Service during the Nigerian Civil War where he worked for twenty years. He rose to the position of Deputy Director, the second highest position in the Service before his retirement in April 1989. Upon retirement, he took up full time business and politics.

He ventured into business while serving as a Customs Officer. In 1974 he applied for and received a 31,000 Naira loan to build his first house in Yola, which he put up for rent. From proceeds of the rent he purchased another plot, and built a second house. He continued this way, building a sizeable portfolio of property in Yola. He veered into agriculture in 1981 by acquiring 2,500 hectares of land near Yola to start a maize and cotton farm. The business eventually packed up in 1986.

Dogged in his ways, he ventured into trading, buying and selling truckloads of rice, flour and sugar but his most important business venture was when Gabrielle Volpi, an Italian businessman in Nigeria, invited him to set up Nigeria Container Services (NICOTES), a logistics company operating within the Ports. NICOTES would go on to provide immense wealth for Abubakar. Conflict of interest accusations has since trailed him on account of his involvement in business while a civil servant, who exercised supervisory authority.

Abubakar’s journey into the world of politics began in the early 1980s when he worked behind-the-scenes on the governorship campaign of Bamanga Tukur. Towards the end of his Customs career, he became acquainted with Shehu Musa Yar’Adua who had been second-in-command of the military government that ruled Nigeria between 1976 and 1979. In 1989, Abubakar was elected a National Vice-Chairman of the Peoples Front of Nigeria, the political association led by Yar’Adua, to participate in the transition programme initiated by the military President, Ibrahim Babangida. Abubakar won a seat to represent his constituency at the 1989 Constituent Assembly, set up to decide a new constitution for Nigeria. The People’s Front was eventually denied registration by the government (none of the groups that applied was registered) and found a place within the Social Democratic Party, SDP, one of the two parties decreed into existence by the regime.

He ran for the office of governor in Gongola State (now Adamawa and Taraba States) in 1991, and for the Presidency in 1993, placing third after MKO Abiola and Babagana Kingibe in the SDP primaries. In 1998, he was elected Governor of Adamawa State and it was while he was still Governor-Elect that the PDP presidential candidate, Olusegun Obasanjo, selected him as his running mate. The duo went on to win elections in February 1999, and Abubakar was sworn in as Nigeria’s second democratically elected vice president on May 29, 1999.

In 2006, Abubakar was involved in a bitter public battle with his boss, President Olusegun Obasanjo, ostensibly arising from the latter’s bid to amend certain provisions of the constitution to take another shot at the presidency (for the third consecutive time). Abubakar’s stormy relationship with Obasanjo and his bid to succeed the latter met with stiff opposition. It took a judgment of the Supreme Court to allow Abubakar contest after the Independent National Electoral Commission (INEC) initially disqualified him because he had been indicted for financial misconduct by an investigating panel set up at Obasanjo’s behest. The Supreme Court ordered the electoral commission to restore Abubakar’s name onto the presidential ballot.

Abubakar left PDP and ran on the platform of the Action Congress because of his issues with Obasanjo. He lost, however, when he placed third after Umaru Yar’Adua and Muhammadu Buhari.

Not one to quit, he later returned to PDP where he contested for the presidential ticket in 2007 alongside former president Goodluck Ebele Jonathan, GEJ, and Sarah Jubril but lost to GEJ. His bitter political feud with Obasanjo continued all the way into 2014 when a Northern forum delegated members to visit Obasanjo in his home at Ota in a quest for reconciliation and forgiveness.

Abubakar was PDP’s presidential candidate in the 2019 elections.

Ahead of that election, Abubakar had launched the True Federalism campaign in 2017. He delivered speeches all over the country inspiring Nigerians on the need to restructure the country. He received massive endorsement for his stand on True Federalism.

“Political decentralization will also help to deepen and strengthen our democracy as it will encourage more accountability. Citizens are more likely to demand accountability when governments spend their tax money rather than rent collected from an impersonal source.”

He also said: “True Federalism will encourage states to compete and to attract investments and skilled workers rather than merely waiting for monthly revenue allocation from Abuja”

A lot of allegations of corruption have been levelled against Abubakar. While most of them emanated from unproven media reports, most were orchestrated by his erstwhile boss, President Olusegun Obasanjo, with whom he engaged in political running battles during their time in office. But, to date, the former two-term Vice-President has never been convicted of corruption either in Nigeria or abroad. This has led to conclusions that the perception of corruption was foisted on him by suspicions of the source of his humongous wealth and political bad blood. In spite of his battered reputation, Abubakar remains a critical fixture in Nigerian politics with millions of supporters all over the country.

Abubakar’s claim to national reach began in early 1990s when he inherited the Gen. Shehu Yar’Adua’s political structures. Since then, he has been consolidating his national political network in every presidential election cycle as a contestant and as a two-term Vice-President. Today, his network of fanatical supporters run into millons, organized into numerous support groups.

From all indications, according to analysts, Atiku remains a formidable consensus choice of an overwhelming number of PDP faithful across the board, especially from the South, irrespective of a pocket of opposition to his possible candidacy, within the party.

This critical support base insists that the former Vice President possesses the attributes of a unifier. He is also regarded as a remarkable wealth creator and broad-minded leader that is at home with the ever-changing socio-economic dynamics, which they reason would be an asset, should he become a president. He is, accordingly, named among The Top10 Magazine’s top 10 most electable presidential hopefuls for 2023. 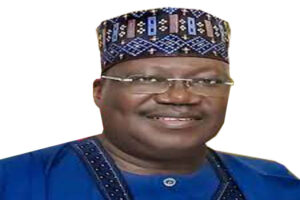 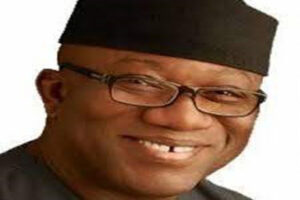 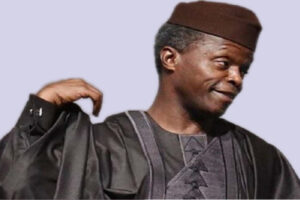