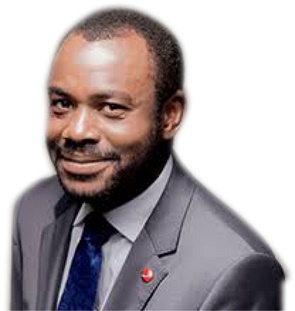 (For effectively applying cost saving strategies to minimize the effects of operational swings in the business, Suleiman is named one of the top 10 bankers of the year, 2019 by The Top10 Magazine.)

Abubakar Suleiman, managing director/CEO, Sterling Bank Plc, minimized credit impairment expenses in 2019, the strength he has relied upon for profit improvements he recorded in the preceding two years. He continued to do exploit on the loan recovery front, which led to an increase of over 160 percent in allowances no longer required in the third quarter.

A drop of 16 percent in credit loss expenses was achieved within the third quarter. That lowered the year-on-year increase at the end of September 2019 significantly while the loan expense figure remained comparatively low.

Suleiman built in even greater strength in the area of managing interest expenses, which provided a major cost saving centre for the bank in the year. Interest cost dropped by close to 12 percent against an increase of 16 percent at the end of 2018. At the same time, he raised customer deposits by 12 percent to over N853 billion and closed the third quarter with the lowest average cost of funds in many years.

While pressure on the bottom line shifted from credit loss expenses on financial assets, it rested to operating cost – which accelerated from 6 percent increase at half year to 11 percent at the end of the third quarter. That has raised the bank’s operating cost margin higher than any time in the past four years. Management devoted close to one-half of gross earnings to operating expenses at the end of the third quarter.

Suleiman moderated the pressure with an aggressive push on revenue that strengthened performance all the way from the first quarter. Gross income improved continuously from a 10 percent drop in the first quarter to a 4 percent decline at half year and further a to marginal decline at the end of the third quarter.

The bank closed the third quarter operations with gross earnings of N113 billion, which is a marginal decline of 1.3 percent year-on-year. Improvements in both interest and non-interest incomes provided the strength for the sustained gain in revenue the bank recorded during the year.

Operating cost remained the main drawback for the bank on profit performance in 2019, claiming nearly 48 percent of gross earnings at the end of September 2019. The cost margin has maintained an increasing trend from 40 percent in 2017 to 44 percent in 2018.

Operating cost accelerated from 6 percent growth at half year to 10 percent at the end of the third quarter. The cost saved from interest expenses and credit loss expenses was more than consumed by the increase in total operating expenses.

Sterling Bank maintained stable growth over the years relative to the high volatility in the banking sector. The bank has made two years of progress in recovering from a drop of one-half of its net profit in 2016. The recovery momentum slowed down in 2019 though management took steps that could at least defend profit.

For effectively applying cost saving strategies to minimize the effects of operational swings in the business, Suleiman is named one of the top 10 bankers of the year, 2019 by The Top10 Magazine.

Suleiman was appointed managing director/CEO of Sterling Bank Plc in April 2018. He has been in the service of the bank for over 16 years since 2003. Until his appointment, he was executive director/chief finance officer – under which his portfolio included finance and performance management, strategy and innovation, brand management and communications. He was also in charge of human capital management, treasury and financial markets as well as asset and liability management.

He has also served as executive director, retail banking where he was responsible for incubating retail sales, small business banking, non-interest banking, virtual sales and third party customer acquisition. He was head of interim management of Equitorial Trust Bank after it was acquired by Sterling Bank and was also in charge of the integration of the bank into Sterling Bank Plc. 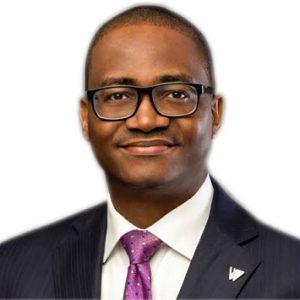