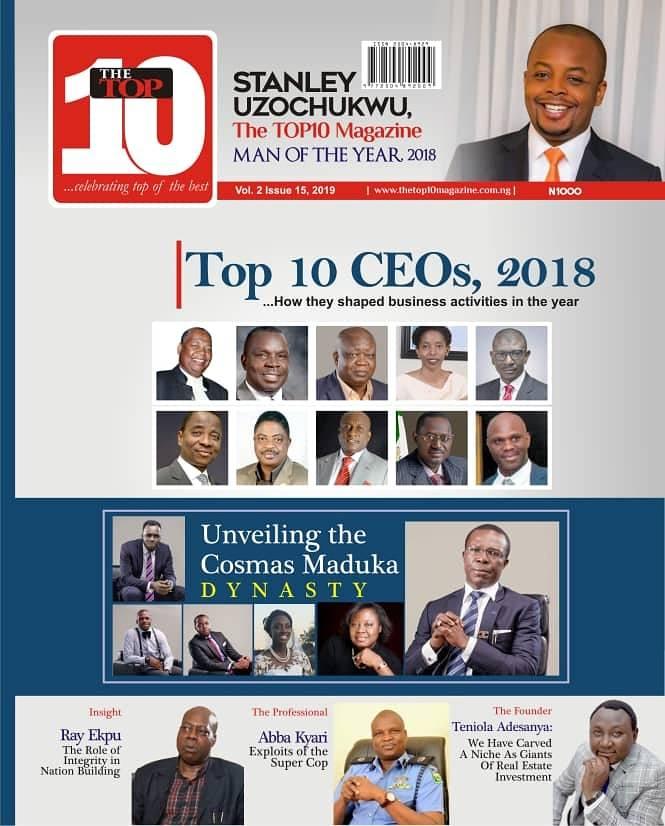 Fiscal 2018 is a year in which Nigeria’s economic recovery ship failed to sail further from Cape of Good Hope. The journey out of economic recession gained and lost momentum in the course of the year, truncating corporate turnaround and growth strategies of CEOs premised on significantly improved consumer spending.

Renewed hopes and expectations for increased economic activities, arising from sustained positive economic growth, faded midstream. Fears of possible backslid on the path of economic growth took the place of initial optimism for accelerated growth. Visions of a bullish ride with which the equities market started the year suddenly gave way for massive investment losses, as foreign portfolio traders staged a new round of cut and run.

Circumscribed by the adverse economic and political headwinds, regulators eschewed promises and assurances of achieving the GDP growth target of 3.5% for the year and the Central Bank fired off warnings of possible relapse into recession. Business confidence melted, job losses increased and a resurgence of inflation topped up the nation’s dismal macro-economic reading.

Political tension ahead of the 2019 election permitted little attention to focus on the pressing issues in the economy. Budget implementation suffered from both delayed approval and funding and fiscal injections needed to propel economic recovery could not be engaged. The economy therefore ran with neither fiscal nor monetary stimulants in the year.

This placed full dependence on the oil sector for economic recovery and growth. A decline in crude oil production in the second quarter therefore affected economic growth directly, which slowed down from 1.95% in the first quarter to 1.5% in the second. Sustained crude oil prices provided the saving grace that held back the economy from a decline.

The faltering of economic recovery posed a counter current to captains of business and industry and hindered the corporate ship from coasting to the planned destinations from the Cape of Good Hope attained quite early in the year.

Hurdles all the way

The pull back by foreign portfolio traders put financial markets under an unanticipated pressure. The Central Bank sacrificed a good part of its reserve to defend the exchange rate but credit windows tightened instead of easing. Borrowers became discouraged by high interest cost and took steps to pay off existing debts rather than take on new borrowings. The biggest profit improvements in 2018 are very likely to come from companies that freed themselves from balance sheet debts and interest expenses.

In a survival game, companies built new levels of supplier credit, as they freed themselves from bank borrowings. That increased the cycle of indebtedness in the economy, choking consumer spending and congealing further the production-consumption chain.

Increased operating hurdles that ruled fiscal 2018 presented new difficulties and new risks for CEOs as well as new demands for strategy and innovation to deliver corporate goals. The period called for extraordinary vision, superior strategy and aggressive push at all operational fronts.

Who makes the mark?

A number of corporate captains did give their organisations a counter cyclical treatment that has made them stand out in the corporate leadership ladder in 2018. Corporate chieftains worked harder and longer hours in 2018 than before to keep their companies afloat.

It was a year in which the number of people living without jobs reached a new record. Poverty relocated its global headquarters from Asia to Nigeria. The number of months workers lived without salaries climbed to a new high. Companies faced markets that lacked money to consume. Banks were unwilling to lend and people and businesses were unwilling to borrow either for production or for consumption.

Economic and political turmoil did put corporate managements to a new test in 2018. Top 10 Magazine has combed through CEOs’ innovative responses and actions with its usual master craftsmanship and compared results.

A number of CEOs of companies and institutions in public and private sectors were found to have matched the operating challenges with innovations. How they were able to turn the adversities that strew the operating terrain into building blocks for exceptional corporate performance stands them out as global candidates for case studies in organizational leadership.

Having distinguished themselves with remarkable accomplishments in the running of their organisations, impacted greatly on the economy and society in the year, Top 10 Magazine welcomes these great achievers to the 2018 hall of fame.