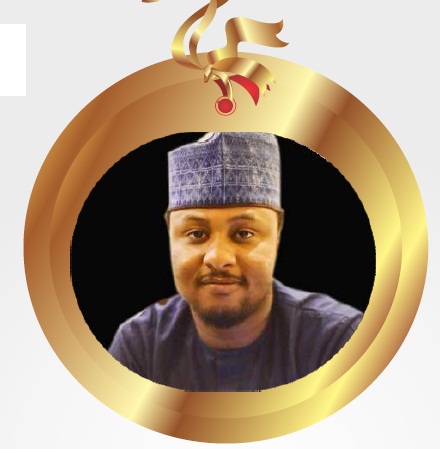 Nafiu Bala Rabiu, Managing Director/CEO, Balnara Universal is a chip off the old block. He is the son of an entrepreneur father who was a successful business mogul who was into textile, real estate and general trading in the commercial city of Kano, Kano state.

Just 31 years old, Rabiu is on the verge of replicating his father’s exceptional success in business.

An Executive Director in his elder brother’s company, Rabiu already has two companies of his own that are high flyers in their sectors of operation with a third one coming on stream any time soon.

Born on August 23, 1990, Rabiu grew up under his father and started working at the age of 18 in his elder brother’s company, Ramu Unique Resources, a multi-billion Naira company and the number one BUA Cement distributor. The company which gave him the headstart in business experience, is into real estate, logistics, rice mill and, of course, BUA Cement distribution. He later rose to become the company’s Executive Director.

Rabiu is still with Ramu Unique Resources as an Executive Director but has equally established his own business, Balnara Universal Ltd, a company that made its breakthrough in 2017 when it ranked among the top ten in the chart of over 200 Distribution Companies of BUA Cement in the country. Balnara has plans of venturing into other lucrative, new business ventures such as real estate, rice production, and logistics.

Rabiu has always credited his parents and elder brother with instilling in him toughness, hard work, willingness to achieve success in business, and perseverance. These characteristics have helped him in staying focused over the years in attaining his dream of becoming one of the most successful businessmen in the world.

While overseeing the affairs of Ramu and Balnara, Rabiu co-founded another company, PIYO GLOBAL Ltd, a multi-billion Naira company that is into general contract with a primary focus on construction, construction materials distribution and real estate. In PIYO GLOBAL Ltd, Rabiu holds the position of General Manager, Cement Distribution operations.

The three companies -Ramu, Balnara and PIYO – are also involved in humanitarian activities such as feeding people every Ramadan, giving out gifts, money and food packages during festive periods. They pay electricity bills for the houses, small businesses and local business owners around their offices.

One major challenge facing his distribution business in Nigeria is insecurity. Rabiu is constantly needed in the BUA Company’s plants in Edo and Sokoto state, then Kano, Kaduna and Lagos state, to attend meetings and supervise some ongoing projects. He cannot travel to some of these places without security personnel or bulletproof vehicles. So, for him, it has been a big challenge considering the high cost of hiring security personnel in Nigeria.

As the years go by, Rabiu has seen the need to diversify and is keen on establishing his own logistics company to help convey products other than cement for other companies. According to him, the logistics business would have kicked off, but he believes that good things take time and nothing comes easy. “If you want to build something valuable such as success in business, you will have to be patient, work hard and be committed to achieving it,” he said.

With his articulation and ability to communicate properly it would be difficult to believe that Rabiu did not have formal education beyond secondary school. He, however, acknowledges the importance of education in one’s life and the advantage it offers many people in the business world, but that has never been a barrier to his success as a businessman.

The emerging business genius who is in his early 30s who enjoys horse-riding, swimming, travelling and restaurant sampling, got married only recently.

Rabiu is being honoured with the Northern Young Business Leader of Year by the Top10 magazine in recognition of his entrepreneurial drive and progressive accomplishments in the Nigerian business world.