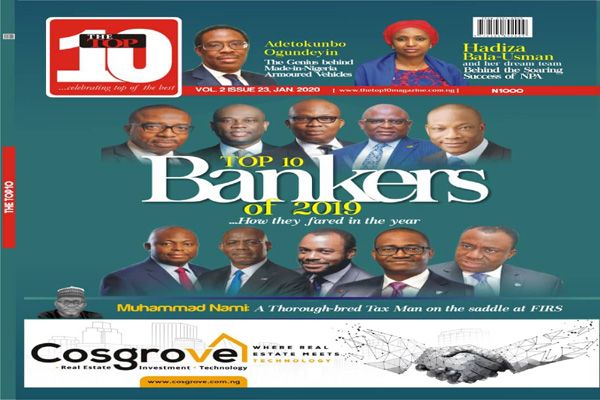 Bank CEOs have just finished another difficult financial year in which prolonged macroeconomic weakness again impacted negatively on the banking sector’s stability. The banking business in the year followed a narrow, winding road of disappointing incomes and rising expenses. The earning stories of banks in the year reflect how CEOs either failed or succeeded in defending the bottom line against the general cost-income mismatch.

Sub-optimal economic growth hindered the core business of lending, leaving the main revenue line of banks – interest income significantly constrained. High cost of funds did hurt both banks that administer it as well as businesses that take the bitter pill. Most banks were unable to grow interest income ahead of interest expenses. This posed a major challenge to the entire banking industry in 2019.

In a number of banks, CEOs devoted increased proportions of interest income to settle interest expenses. In these cases, net interest income was either down or flat, indicating that the core business of lending and investing did not contribute to profit improvements. This is a fundamental problem facing the banking industry.

Inability to improve revenue was a general problem that bank CEOs faced in 2019. Interest income was the drawback. The banks that were able to improve revenue in the year did so by growing transaction-based earnings. Bank managements could not rely on revenue performance to defend or grow the bottom line in the year.

It therefore took a great deal of ingenuity for CEOs to navigate the difficult terrain in the effort to build wealth for shareholders. Most profit deliveries for the year can be expected to come through cost cutting. Cutting costs to defend profit in a non-revenue growing situation marked the operations of banks generally at the end of the third quarter operations in September 2019.

Bank CEOs began the 2019 financial year on a different asset structuring than they ended the year with. They began the year by cutting down risk assets and building investment portfolios. This was managements’ responses to massive credit losses through fundamental redressing of the balance sheet. The strategy was to shift resources to low risk financial assets and to curb the impact of credit losses on revenue.

The Central Bank of Nigeria [CBN] ended the shift midstream with a policy guideline that raised the minimum loan deposit ratio to 60 percent in July 2019, which was later increased to 65 percent. The regulatory order was for banks to lend or be sanctioned – which forced bank managements to alter the course of structuring earning assets from building investments back to building credit.

The new lending policy has placed on banks the responsibility of leading a correction in the flow of money and credit arising from fiscal gap. CBN’s objective was to ensure that growing loans and advances to customers will henceforth be the major route to expanding the asset side of bank balance sheets.

Back in the rain

From the economy’s point of view, the policy was considered quite appropriate – to curb banks’ appetite for risk free, fixed income investments and prop up employment generating credit to producers and consumers. It was however a bitter pill for banks by pushing them back to the lending field where they have got their fingers badly burnt.

The economy is stuck in low growth and declining fiscal space has kept macroeconomic policy equation out of balance. There is an admixture of widening fiscal gap and credit freeze – which has held back adequate monetary flow for driving recovery and growth.

CBN has pushed banks out to bell the cat even while they are yet carrying a lot of problem loans in the books. How CEOs will navigate in the bad weather to deliver new credit without burning the fingers again in bad lending will be a critical test of management quality.

The economy is yet to break free from the difficulties that made good loans go sour. The new lending policy spikes off some concerns that it may be exposing bank capital and depositors’ funds to greater risk of credit losses.

With that, loan impairment write back, a major channel that bank CEOs had hoped to deliver profit in 2019 got a roadblock. Write back of loan losses provided big cost savings for banks in 2018 when total loan impairment expenses for 11 listed banks dropped from a historic peak of over N472 billion in 2017 to N150 billion. Many banks ended the year with the strongest profit advances seen since 2012.

The much cost savings from loan loss expenses in 2018 thinned down in 2019 as per the interims, indicating a tougher year for CEOs than the previous. This means a general slowdown in profit improvements by banks is to be expected for 2019.

In the course of this study, Top 10 Magazine found how tough the job is for any bank CEO to meet satisfactorily the multi-stakeholder expectations of a typical bank. Yet, some bank CEOs accomplished it in the face of disabling operating environment of faltering revenue and resurging credit losses in 2019. These top ranker bankers applied innovative

approaches to place their institutions on the growth pedestal in defiance of the underlying difficulties they faced in the core business.

In our usual detailed attention of a master craftsman, we searched for bank CEOs, who excelled in applying deep institutional knowledge and skills in 2019 to provide pragmatic leadership to their organisations. We looked painstakingly for bankers who cut a path of growth and stability for their institutions through the vicissitudes of the economy.

Top 10 bank CEOs, 2019 is a roll call of bankers who succeeded in reinventing themselves and the organisation and emerged from volatility to stand their banks on firm operational footings. It is an extraction of captains of the banking business, who have proved to be warranted the trust their boards placed upon them.

We have in this edition, men of timber and caliber of Nigerian banking whose actions and decisions in the course of 2019 have been tested and proven to serve as a guide on how to navigate complex multi-stakeholder situations. The strengths they demonstrated in navigating their banks through regulatory and operational hurdles to deliver the corporate purpose of building wealth for shareholders stand them out as model case studies in the world of banking. 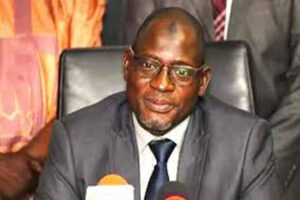 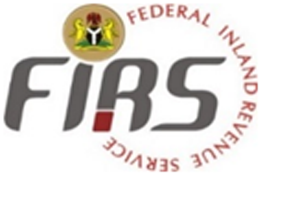