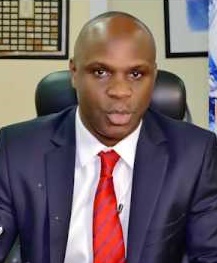 Mr. Seleem Adegunwa, managing director/CEO, Rite Foods Ltd, extracted a sound growth for his business in the carbonated soft drinks market in 2018, combating the competitive tackles of industry giants that rule the business. Weathering the raging economic storm and the consumer spending squeeze that heightened further in the year, Adegunwa succeeded in extending market frontiers for his products and cultivated new territories of consumer loyalty.

Positive market response in terms of rapid growth in product demand is the summary of the company’s operating story in 2018. Adegunwa had to jerk up production volume for soft drinks and sausage rolls to be able to meet market demand during the year. Daily production of soft drinks multiplied four times to 120,000 over the 2017 record and output of sausage rolls nearly doubled to 9,000 cartons daily over the same period.

The company’s production lines have expanded from one at commencement in 2016 to four in 2018 and two additional lines are expected to be activated soon. The company produces soft drinks in variants of cola, orange, bitter lemon, apple, soda water and two exclusive brands.

Rare strategy is needed to enter a market dominated by multinational product names such as Coca-Cola and Pepsi and snatch market share easily in two years. There are quite a number of carbonated drinks jostling for market share in the country and how Adegunwa’s Rite Food has played the competitive game and won with its Bigi drinks is counted worthy of white flag recognition.

Pricing is of essence for any company hungry for market share, particularly as a penetrative strategy in a market stripped of consumer spending power. That, precisely was Rite Food’s guide in charting its bearing into oasis of price resisting consumers. With rising prices, many consumers get left behind. What Adegunwa has done is simply pick them up.

Rite Foods has carved a niche in the market by offering consumers equivalents of ruling product names at significantly lower prices. Like David in the bible, Adegunwa went headlong to tackle the giants – an attested strategy to rise to fame in no time.

The 60cl Bigi Apple drink that sells for N100 was warmly received by the market in preference to the 50cl La Casera that goes for the same price.

The competitive pressure has forced La Casera Company, makers of La Casera drink to increase content to 60cl, thus matching Bigi Apple drink’s quantity and price offerings. Retailers however are taking the advantage of increased content of La Casera to raise its price to N150 to maximise profit. That still leaves a price advantage to the challenger – Bigi Apple.

The game of who makes the sale in the carbonated soft drinks market is played in terms of price and volume. That seems to be a game in which Adegunwa is highly skilled. He entered the market in 2016 – when most of the soft drinks manufacturers reduced their product content from 60cl to 50cl and retained the retail price of N100. He capitalized on the opportunity to offer 60cl drinks at the same price for the competitors’ 50cl.

At the same time, product quality isn’t compromised. By the certification of the Standard Organisation of Nigeria [SON], Rite Foods is adjudged to have system and processes that assure customers and other stakeholders of the company’s ability to consistently provide products that meet relevant requirements. This is defined by SON in terms of production of quality products able to strengthen the company’s competitive strategies.

Attesting to the millage the company has attained in the business, Mr. Osita Abaloma director general/CEO of SON, while presenting the certification, said, ‘‘by this achievement, Rite Foods has gained her place among a privileged class of Quality Management System certified organisations in Nigeria’’.

The next hurdle ahead for Adegunwa is the limited visibility of Bigi drinks in the market outside of the south-western states. Capturing the entire Nigerian market is therefore the high point on his company’s strategy paper. Expansion plans are in place, he said and additional capacity to scale-up production towards circulating the entire country is being built.

Adegunwa’s market extension campaign also incorporates an international dimension. Once the Nigerian market is fully conquered, the company will launch into neigbouring African countries, he said. His quest is to cash in on the opportunities that abound and satisfy the needs of consumers.