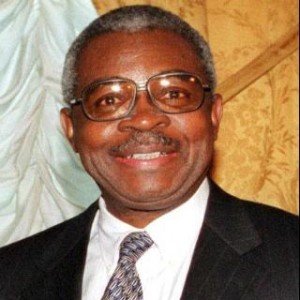 General Theophilus Y. Danjuma (Rtd) chairman, Five Star Logistics Ltd and NAL-Comet Shipping, entered the Nigerian maritime industry after leaving the military service in 1979.  In that year, Nigeria formed a new trade agreement with Brazil, which opened up trade routes between Lagos and the Americas. Danjuma capitalized on this opportunity and formed Nigeria America Line [NAL], which has become one of the most successful indigenous shipping companies in Nigeria.

For 38 years, the shipping business that began with 12 staff, has built a large operating capacity in Nigeria’s sea borne trade. As the volume of shipping business grew, Danjuma discovered an opportunity in the handling of vessels and cargoes. He then formed a shipping agency, which has become one of the largest independent agents in Nigeria with the capacity to handle hundreds of different types of vessels and cargoes.

Danjuma’s NAL provided the essential shipping services for the defunct Nigerian National Supply Company that facilitated its bulk purchases in the early 1980s, including project cargoes for the federal paper mill project at Iwopin, Ogun State. NAL handled the bulk of the shipping business and its capacity expanded significantly when the Nigerian Maritime Authority began to encourage indigenous operators to claim their share of internationally traded cargo in the late 1980s.

Danjuma is acclaimed to be one of the most successful indigenous shipping operators in Nigeria with a number of subsidiaries engaged in different areas of operations. His NAL-Comet Group offers comprehensive services within shipping, oil servicing, terminal operation, clearing and forwarding, underwater engineering, fishing and other businesses outside the maritime sector.

In 2006, Danjuma made history when his company, Five Star Logistics Ltd, became the largest independent port operator in Africa with the acquisition of Roll On-Roll Off [Ro-Ro] terminal at the Tin Can Island Port in Lagos under the government’s port concession programme. Five Star Logistics Ltd, a special purpose vehicle formed by the consortium of Comet Shipping Agencies Nigeria Ltd and its partners, emerged the highest preferred bidder for the terminal in September 2005.

The taking over of the Ro-Ro terminal by Five Star Logistics Ltd marked a point of transformation from the old order of inadequate and poorly maintained port facilities to a regime of efficiently run port operations. The company speaks of the state of operations and facilities it inherited: decaying infrastructures, many hectares of marshy land overgrown with weeds, failed sections of macadam and a generally poor security network arising from the porous nature of the seaport system.

The operations ran through various forms of shoddiness and lack of plant and equipment. Wharf rats were largely in attendance, who unleashed pilferage, bribery and allied vices at the ports. Unscrupulous labour contractors held ship masters and agents to ransom even after they have paid all official fees and a multiplicity of poorly coordinated federal law enforcement and security operatives completed the cycle of the baptism of fire, which Nigerians, who had to do business at the seaports were made to receive, company officials recalls.

Five Star Logistics Ltd has built a modern seaport terminal that has significantly eliminated the hitches and inefficiencies of the past. What the terminal has become under Five Star Logistics’ management speaks loudly of the gains the port concession programme has brought to the roll on, roll off shipping services in Nigeria.

The company has therefore played a key role in the development of maritime industry for being a major instrument for harnessing Nigeria’s great potentials in the sector. Nigeria accounts for 70% of all seaborne trade in the West African sub-region but the country operated far below its potentials before the port reforms. Its seaports’ operational profile ranked quite low in efficiency in comparison to those of other maritime nations in the world.

The federal government embarked upon seaport reform programme in 2000 when it acceded to the proposal of the ministry of transport to concede port operations to private operators. Danjuma’s company was one of the national and international stakeholders in Nigerian seaborne trade that responded to government’s invitation to take part in a competitive bidding to run the ports purely as profit-oriented ventures.

The reform was aimed at addressing the abysmal lack of infrastructure development at the seaports, the deterioration in facilities over the years and the resulting low level of operating efficiency. Danjuma has brought his military tactics to the maritime industry and has demonstrated that there is at least one government policy that has accomplished its desired objectives in Nigeria.

Nigeria presently operates a seaport concession arrangement under which private companies build the facilities, run the operations and pay royalties to the federal government. This is reckoned as one reform that has taken the Nigerian maritime sector far ahead towards optimizing its potentials.