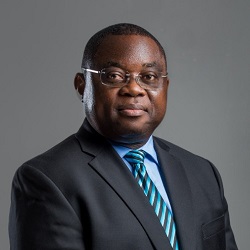 Foreign software have their lapses in that the solutions do not incorporate distinct features of specific markets. This is the gap that Onyebuchi has come to fill. “Nigerian banks have a peculiar way of doing their things largely led by CBN regulations. So, if you implement foreign software out of the box in Nigeria, you won’t solve the Nigerian problem”, he explained.

The USL’s boss has over 25 years’ experience in the information technology industry. He has carved out for himself an accomplished career in developing and delivering software solutions to major banks in Africa.

His company has also launched Optimus, the first multi-bank trade finance corporate portal this part of the globe that empowers corporates to initiate and manage their trade transactions from anywhere in the world. These products are currently running in several banks in Nigeria.

In his track record of implementing foreign trade finance software application for banks in Nigeria, he found that even after go-live in each of the implementations, there were still gaps in each bank’s requirements. Banks had to resort to manual processes to close these gaps.

Trade-X is USL’s response to close the gaps created by these local peculiar requirements.  The software can be plugged to any international trade application or the trade module of a bank’s core banking application to meet the bank’s full requirements. A bank can then run its operation front to back.

Onyebuchi attended University of Nigeria, Nsukka and obtained B Sc. computer science in 1986. He later proceeded to Enugu State University of Science and Technology where he obtained an MBA in marketing in 1997.

He served as vice president, Africa operation at CardBASE Technology, Dublin, Ireland between 2000 and 2004 where he was responsible for the sale, implementation and support of the CardBASE payment system in the region. The CardBASE system was the first payment systems in Nigeria branded as ValuCard and ESCA. He joined USL in 2004 as its CEO.

Some of the outstanding features of Trade-X include its adaptability to the CBN’s newly introduced automated export process via the trade monitoring system. USL had built the product in anticipation that the bank will in time automate all the forms for downloading from its single window for processing.

Onyebuchi said Trade-X was built in a way that every CBN’s form can easily be automated whenever a policy is implemented. “When the automation of TRMS was announced, Trade-X was ready to plug into TRMS immediately”, he said.

The big challenge he has overcome in the business is dealing with reservations from most banks about indigenous software. Under rating of Nigeria software by banks had made it difficult for the development of software solutions for the banking industry, according to Onyebuchi.

He is presently seeing a change of attitude with more banks starting to adopt indigenous software to solve their peculiar problems. He has learnt never to call his software local but, indigenous instead, as local in Nigeria means inferior or the opposite of the original.

He is however still dealing with the issue of premium pricing. “Most banks don’t believe indigenous software should attract good fees. They believe it is inferior and as a result, should be cheap, which is not always the case”, he said.

“You can imagine the effect the money will have on our economy if it is staying in Nigeria”, he said. He believes that if the huge outflow is retained in the Nigerian economy to empower IT companies, youth unemployment will drop and the standard of living for IT professionals will improve. He also sees a positive change in respect of national security, which will then be truly under the nation’s control.

Despite the difficult economic terrain that prevailed in 2020, Onyebuchi made great strides in deepening the acceptance of his company’s products by banks and welcomed more of them onboard the USL. He also has new products on the pipeline, which he is betting would revolutionize Nigeria’s trade finance market. “Our products are one of a kind in that we have achieved the automation of various trade finance processes that were previously considered impossible”, he said.

He is looking forward to expanding his company’s operations to other parts of Africa beginning with east Africa. He also plans to grow the business of international partners his company represents in Africa. These expansion plans would involve a significant increase in staff strength before the end of 2020.  To Onyebuchi, “software is the new oil and with investment and focus on this industry, it will grow to easily and confidently replace our comfort zone, the crude oil revenue”. 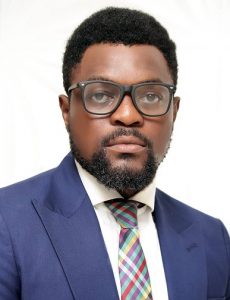