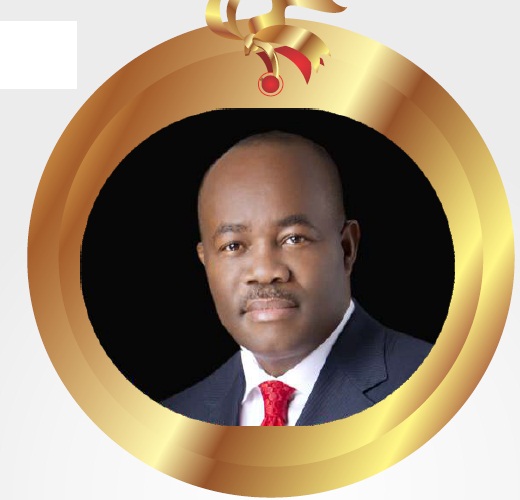 When he was Governor of Akwa Ibom state between 2007 and 2015, Dr. Godswill Akpabio was fondly referred to as The Uncommon Transformer. This was because his tenure brought about the transformation of the state on an unprecedented scale. In appreciation of his performance, his people elected him into the Senate in 2015, where his colleagues set aside the seniority rule to make him, a first-term Senator, the Minority Leader. Again, this was in acknowledgement of his high-performance record.

President Muhammadu Buhari obviously took notice of Akpabio’s leadership acumen and made him minister for Niger Delta Affairs in August 2019. “Nigerians should expect higher performance, commitment to service and dedication to the country,” he declared on assumption of office. “Being a Niger Delta person, I will ensure that things are better for further and effective development of the region… Therefore, expect a lot of uncommon representation and uncommon performance that will culminate in uncommon achievements,’’ he said when he assumed office.

So far, the minister is living up to his promise.

Since he assumed duty in August 2019, the Ministry, under Akpabio, has achieved several milestones. His first work plan was to ensure that the region remains peaceful while stakeholders were frequently engaged on ways to develop the region.

Also, Akpabio, as the supervising minister of the Niger Delta Development Commission (NDDC), made sure the incoming board of NDDC meets the yearnings and aspirations of the people through effective dispensation of services. And that was why he initiated and completed the Forensic Audit into activities of the commission. The report has since been submitted to the Federal Government, which is expected to use the report to chart a new course for the board of the commission.

In the area of projects execution, Senator Akpabio has completed many ongoing projects despite the challenges of Covid-19 Pandemic and the obvious paucity of funds. The Ministry ensured the completion of the 13 and 8-storey buildings at NDDC headquarters which was commissioned by President Buhari.

In 2021, the ministry also inaugurated 1,050-bed space hostel at the University of Uyo, to address accommodation challenges in the school.

Akpabio said the hostel which had been completed with 24,000 gallons of water per day, 22 units of 1,200KV standby generating sets and 5,000 vehicular parking spaces, among others, would be replicated in all the Niger Delta states. He said that, going forward, among 13,777 projects, the ministry would select the ones that would impact positively on the communities and ensure they were completed.

“I see more completed projects in 2022, more people being empowered and a more peaceful region as we go forward,’’ the 59-year-old minister said in his review of his ministry for 2021.

Dr. Akpabio is honoured here with the Minister of the Year Award in recognition of his bold and courageous efforts at developing the Niger Delta region, restoring sanity, transparency and accountability to NDDC.