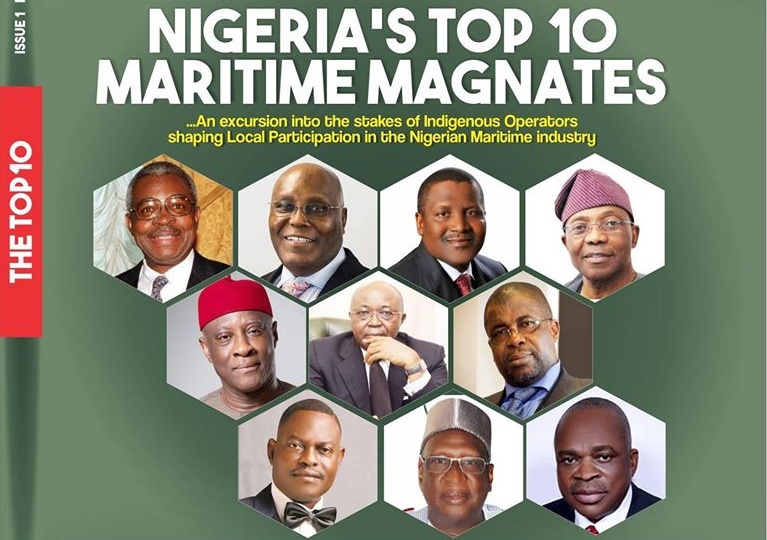 Nigeria’s maritime industry is an example of a domestic economic sector that is largely run by foreigners. Indigenous operators have been at the periphery of this plum economic sector for quite long, picking the crumbs in a business that has the potential to match and even exceed crude oil earnings. They have nonetheless made tremendous efforts and attained great milestones in unlocking the great potentials of the sector.

In 2003, Goldman Sachs issued a report in which it was predicted that Nigeria has the potentials to join the class of Brazil, Russia, India and China as leading maritime nations in the world. Nigeria has sterling economic and demographic credentials to accomplish that. It is a crude oil exporting country as well as a large consumer nation with one of the largest and fastest growing domestic markets in the world.

Nigeria depends on foreign owned vessels for its crude oil exports of about 900 million barrels annually. That puts in the hands of foreign vessel owners an estimated $2.25 billion annually in freight charges, leaving no freight earnings to plough back into the economy.

Nigerians are however acquiring more clout and confidence in the maritime operations – increasing participation right in lifting of crude oil, which currently forms over 90% of the nation’s external trade. With the improving level of maritime technology, Nigeria is moving towards assuming control of maritime activities within the West African sub-region.

Nigeria has an advantage by its location with which it can become the hub of shipping activities in Africa. It has an extensive coastline, vast exclusive economic zone, numerous inland waterways and a tremendous volume of import and export trade. Yet Nigerian flagged ships are nowhere to be found on the international routes.

It is the only oil producing nation without a national fleet even for its crude oil and gas deliveries. Government is however addressing the issue of national fleet ownership. It is facilitating the process of refloating the national fleet while the private sector is expected to drive its operation.

The maritime industry therefore has the potential to drive economic growth and development. The industry has a multiplier effect on the development of a number of other economic activities such as freight forwarding, stevedoring operations, towage, pilotage, warehousing, marine insurance, banking, bonded warehousing and cargo handling.

Unlocking the sector’s great potential has been the challenge for the nation but a number of indigenous operators have taken giant strides to grow local content in the sector and are progressively capturing an increasing share of the business. Despite the great milestones attained so far by the industry operators, the involvement of the Nigerian maritime industry in the vast international trade remains severely limited.

There is still a big mountain ahead for Nigeria to rightly position itself to exploit the great potentials of the maritime sector. New capacity building is needed in key areas such expansion of sea ports and coastal areas by dredging the waterways. This will permit navigation of bigger vessels for bulk movement of crude oil, petroleum products and other capital goods.

Expansion of the nation’s navigable waters is expected to afford an operating environment that would spur private investments into the maritime business. Industry operators insist that the vision of increasing local content participation in the Nigerian maritime industry depends on the attainment of the required capacity building.
With the renewed attention that government is presently giving to railway development, the maritime sector is expected to advance in terms of modes of transport, from water transport to inland waterways and then through the rails to the roads. Rail lines constitute a critical logistics infrastructure in ports operation.

The development of connectivity in transportation to achieve a seamless transport system is the next critical stage the maritime sector is expected to attain, which will facilitate trade and commerce within the economy.

Maximising the potential for dry ports is also another step forward for the sector, which offers a long-term solution to port congestion. Achieving a 24-hour ports operation is a major goal for the Nigerian maritime industry, which has the potential of making Nigerian ports the best in the West African sub-region. The increased volume of business this will entail, the increased operating efficiency and competiveness, will draw new business from the economies of nearby landlocked countries within the West African region.