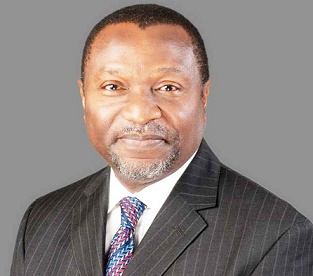 Minister for Budget and National Planning

Not many Nigerians  knows the strategic role of the ministry of budget and National planning in the administration of president Muhammdu Buhari .

This is because prior to the the advent of the current administration , Nigerians had been used to having a stand-alone ministry for national planning , while budget was an autonomous department that was not attached to any ministry.

A major plank of the responsibilities of his ministry is planning of economic programmes  that are designed to achieve shoert, medium and long term goals with the overall objective of getting the country out of the woods in which it has been for decades. Prominent among the programmes is the Economic Recovery and Growth Plan (ERGP), the three-year medium term plan that President Buhari launched in April, 2017 which builds on the Strategic Implementation Plan the Ministry of Budget and National Planning developed in 2016 to drive that year’s budget.

The ERGP has three key objectives of restoring economic growth from a negative trend in 2006 to seven per cent growth by 2020, investing in people and building a globally competive economy. The five execution priorities of the Plan are stabilization of the macroeconomic environment; achievement of agricultural transformation and food security; ensuring energy sufficiency ( power and petroleum products); improvement of transportation infrastructure and driving of industralization,focusing on small and medium scale enterprises.

A major component of ERGP is sector –focused labs that are fashioned after the malaysian model to drive critical sectors of the economy for the purpose of realizing the strategic objectives of the plan. The first of such labs was held in Abuja,from March 12 to April 22, 2018,in which about 300 participants representing 180 private sector organizations took part. The six- week  event ,which was held in a workshop format, brought together under one roof investors ,local and forign experts ,financiersand decision makers  at the highest level of government for the purpose of identifying possible impediments to the realization of the objectives of ERGP proffering solutions to them.

A significant achievement of the focus labs,at the macrolevel,is the fact that it identified over $22.5 billion in investments from 164 projrcts, out of which $10.9 billion are projrcts that could be said to be ready for execution , with potential to create over half a million jobs between now and 2020, when ERGP is expected to wind down .No single event has ever achieved this, in terms of investment.

The ERGP focus labs stand outso far as the most significant achievement of the Ministry of Budget and National planning, because of its capacity to unlock the potential of the private sector to lead the much needed diverstification of the economy , for sustainable growth. It is the first time in the history of the country a government would take such practical steps to rejuvenate the economy.

The ministry of Budget  and National Planning serves as the secretrait for the National Economic Council (NEC) that comprises the 36 state governors, as well as ministers of the federal capital territory, ministry of finance , as well as budget and national planning and is strategic role of streghthening economic cooperation and management  between the federal and sub-national levels of government . The ministry also co-hosted the annual Nigerian Economic Summit between 2015 and 2017.

Earlier in the year , the ministry worked on and fine-tuned the Natinoal Monitoring and Evaluation (M&E) Frame work for monitoring and tracking implementation of the federal  government’s capital projects and programmes , to ensure transparency and value for money. This involves physical inspection and impact assessment of projects.

The ministry also conducts surveillance on the performance of the economy , and production of periodic performance to track developments in the economy and also analyze and advice the government accordingly .

Udoma supervises the management , by his ministry, of several cooperation agreements entered into between the federal government and the various donor organizations, like the European Union ,United States Agency for International  Development, United Nations ,as well as the government of China,Canada,Germany,Japan,South Korea and the United Kingdom. The ministry of budget and National palnning monitors  implementation of the agreements to ensure they are aligned with national development priorities and aspirations .

The ministry manages the various social intervention programmes of the Buhari administration to ensure achievement of the objec tives for which they were set up. These include the National Social Net programme that was established to identify poor and vulnerable households (PVHHs) in the country, to benefit from the government ‘s intervention ; conditional cash transfer programme that aims to provide targeted transfers  to Vulnerable households to lift them  out of poverty and the Homegrown school feeding progrmme thataims to provide nutritious  meals daily to 5.5million school children in public , primary schools.

Others are the Government Enterprise and Empowerment Programme (GEEP) that is designed to provide 1.66 million lending for traders , women cooperatives and market women,youths,farmers and agricultural workers ;N-power  job  creation programme that was set up to facilitate gainfulemployment of 500,000 graduates andself-employment of 100,000 young Nigerians ; N-Power innovation Hub programme that seeks to establish one technology innovation hub in each geo-political zone , as well as one humanitarian hub and climate change innovation hub in Adamawa and Lagos States , respectively.

Udoma ,attended  Corona School  Ikoyi, Lagos , from 1962 to 1964 and the Nakasoro primary school , Uganda, where his father , the late chief Justice , between  1964 and 1965, He attended Kings College Lagos for his secondary education , from 1966 to 1972 and proceeded to Oxford University, England , after his A Levels,where he obtained a B.A in Law in 1976 and B.C.L in Jurisprudence in 1977. He was called to Nigerian Bar in 1978 after obtaining a B.L degree from the Nigerian Law School.

Udoma is a senior partner in the law firm of Udo-Udoma and Bello Osagie. A two-term senator that represented Akwa Ibom South Senatorial District from 1999 to 2007, Udoma who holds the national honour of commander of the Niger (CON) ,was  also a special Adviser to the Minister of Petroleum and Mineral  Resources  between 1993 and 1994. He was chariman of Corporate Affairs  Commission,Chairman of the Securities and Exchange Commission, as well as Chairman of the Presidential  Committee on waivers . He was also, at various times , Chairman of Union Bank PlC,Chairman of UAC of Nigeria Plc, Vice chairman of Linkage Assurance Plc,Director of Unilever,as well as Director of First Hydrocarbon Nigeria Limited, among numerous others.