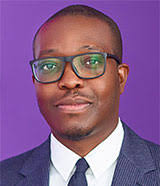 Mr. Babs Ogundeyi is co-founder and chief executive officer, Kuda Bank – a digital retail banking startup that has opened up a new chapter in the Nigerian banking space. The full-stack and mobile banking outfit launched a Covid-19 fund targeted at catering for the less privileged in Lagos State.

The project was launched with N1.5 million provided by the bank to drive a dogged commitment to purchasing and distributing food and other essentials to the poor and vulnerable – who are the most affected in the Covid-19 pandemic.

In the process of execution, the bank formed a partnership with Lagos Food Bank, a non-governmental organization that provides aid across Lagos State. Ogundeyi said the food bankers were chosen for the task in recognition of their transparency, responsibility and diligence in organising funds to help people in need within Lagos State.

The effort has succeeded in providing succour and reducing the adverse economic impact of the virus on the poor households in Lagos. The fund, which is open to the general public for contributions, is housed by Lagos Food Bank for purchase and distribution of food and other essentials in the city of Lagos.

Having set the ball rolling in the desired direction, Ogundeyi has called on people and organisation to increase the momentum. “For those of us who are a bit more comfortable, it’s our responsibility to help everyone else,” he said.

Kuda Bank was launched in 2016 as a lending platform – Kudimoney and rebranded in 2019 when it was licensed by the Central Bank of Nigeria as a full service digital bank. With the banking licence, the bank became Nigeria’s first and only full-stack and mobile-first bank. It raised a $1.6 million funding round last year to power its new operating capacity.

The Lagos and London-based outfit provides full banking services through its apps, which enables the public to operate various bank accounts digitally. Its banking licence gives it an elevated distinction within the crowded fintech market.

“Kuda is the first digital-only bank in Nigeria with a standalone licence. We’re not a mobile wallet or simply a mobile app piggybacking on an existing bank”.

He said the bank has built its own full-stack banking software from scratch, which enables it to take deposits and connect directly to the central switch – that facilitates bank communication and settlements. Its robust online mobile finance platform reflects its status as a digital bank that has a micro-finance licence.

Kuda Bank offers checking accounts with features embedded to beat the competition in the marketplace. The features include no monthly fees and free debit card. It is scaling up to offer consumer savings and person to person payment options on its platform.

The bank’s CEO speaks of the exceptional service speed it offers customers on its platform. “You can open a bank account within five minutes, do all the KYC in the app and you get issued a new bank account number,” he assured.

Ogundeyi is planning big for the near future – to build Kuda Bank into a Pan-African digital-only institution. His strategy to make the mark is to add some physical infrastructures to its online model. The framework for that has been set in motion through partnerships with Nigeria’s three largest banks.

The relationship with the banks is designed to enable Kuda Bank’s customers make deposits and cash withdrawals through the banks’ branches and ATMs without being charged. Ogundeyi has a big expectation of what will be the outcome of the partnership arrangement. “Even though we don’t own a single branch, we actually have the largest branch network in the country”.

Nigeria offers a largely untapped market in the field of fintech despite the influx of payments startups. The market’s revenue capacity is calculated to be in the region of $1.3 billion annually. The time seems to have come for Nigeria’s market to gain speed in the digital payments drive where it has lagged behind even by African standard.

Ogundeyi has put in place market penetration strategies to give his bank a competitive edge. Financial safety is key in Nigeria’s unstable financial markets and Kuda Bank’s operating status that incorporates the stamp of deposit insurance by Nigeria Deposit Insurance Corporation takes it one step ahead of the competition.

Ogundeyi expects that the assurance of safety of deposits offers his bank a competitive strength that can induce cash-comfortable bank clients to shift over to digital finance. His other competitive tools are fashioned around product offerings and price.

“We look to be the next generation bank where you can do everything— savings, payments and transfers and also the one that’s least expensive,” he said. 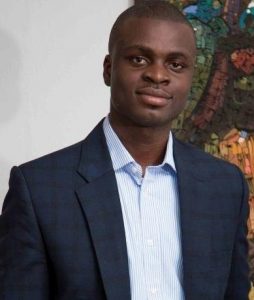 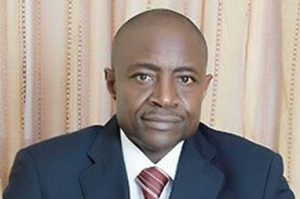 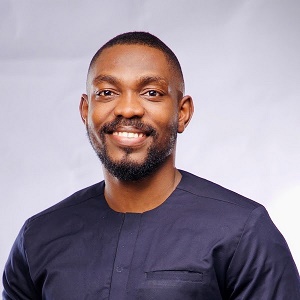