Anthony Chiejina, Group Head, Corporate Communications for the Dangote Group, is unarguably one of the big names in the circle of Nigeria’s reputation management experts. Tony, as he is fondly called by friends and colleagues, has straddled the corporate communications circuit, garnering experiences in diverse industries that include the financial and manufacturing industries.

Tony was previously the head of corporate communications for Zenith Bank Plc, one of Nigeria’s leading Tier 1 financial institutions and the defunct Oceanic Bank Plc when it was at the height of its glory. So well did he acquit himself in the highly specialized and demanding field of corporate communications that he caught the attention of Africa’s richest man, Aliko Dangote, a man noted for expertise in headhunting the best for his Group.

For over 16 years, Tony has been the unseen hand directing implementation of the various communication strategies and programmes that have ensured the Dangote Group remains in the consciousness of the public, both national and continental, from a positive perspective. The Group’s public image is propelled by its flagship subsidiary – Dangote Cement. It is to Tony’s credit that he is able to manage the reputation of a company that ranks among the top cement manufacturing companies on the African continent, with plants in eight countries – Nigeria, Cameroun, Tanzania, Ghana, Zambia, Ethiopia, Senegal and South Africa. The company has made an inroad into Asia, with a plant currently under construction in Nepal.

It mustn’t be forgotten that the Dangote Group was in 2105 adjudged the most capitalized, most profitable company with the highest shareholders’ funds in Nigeria by Businessworld 100, published by Businessworld newspaper.  Little wonder, the Group has for two consecutive years been named The Most Admired Indigenous Brand by Brand Africa magazine.
Tony holds a Bachelor’s degree in Mass Communication and a Master’s in Industrial Relations from the University of Lagos; as well as two other Master’s degrees in Organizational Analysis from the University of Lancaster, United Kingdom, and Development Studies from the Institute of Social Studies (ISS), The Hague, Netherland, respectively.

He worked briefly as a Graduate Assistant at his Alma Mata, University of Lagos, before going into journalism in 1989 as Associate Editor, Deputy Editor of African Economic Digest in the United Kingdom, and later Acting Editor African Concord magazine. He left mainstream journalism to work with Seven Up Bottling Company as Personnel Manager and Editorial Adviser. He was Head, Corporate Communications, Zenith Bank Plc, from 1997 to 2005. He moved to Oceanic Bank Plc on the same position, before joining the Dangote Group where he has been for over 16 years.

Tony is a recipient of several awards and recognitions, among which is the Salzburg Fellow for Gifted Mid-Carrier Professionals, Austria; British Government Scholarship (ODASS) for Graduate Studies, UK and the Netherland Fellowship. He is a University of Lagos Scholar and a Fellow of the University of Oslo, Norway. 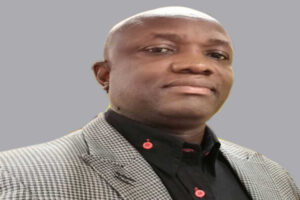