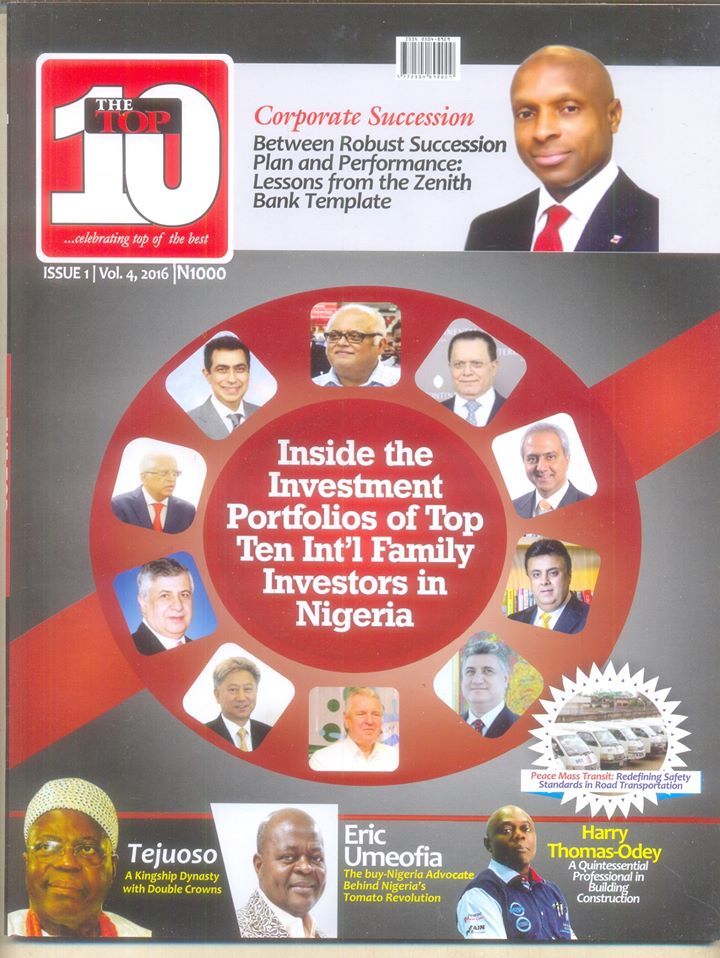 Nigeria’s investment potentials are well beyond the international image of the country! This is the quiet discovery of a number of international private investors, who have made the country not only a place for their trade but also a home for their families. Career and money do set people searching for investment opportunities around the world. Consequently, every economy is seen as an outcome of what domestic and international investors have made it to be.

A crop of international private investors have looked beyond Nigeria’s institutional rankings to discover the great opportunities that its economy offers and have become major partners in the nation’s economic development effort. Unlike portfolio traders that play a game of hit and run, these investors have held firm in this country for many years unshaken by the vicissitudes of economic growth and declines. With such a high level of commitment and consistency, they now constitute a formidable force in several aspects of the nation’s economy.

Many international investors tend to be put off by Nigeria’s weak rankings in the global investment market. Not so are these strategic investors in Nigeria, who have investigated beyond the global indicators and discovered the unique opportunity in the Africa’s largest economy. They have invested heavily in the country and want to invest even more rather than go anywhere else. They have, in fact, become so intimately involved in the economy that to be out of it will be like a fish out of water.

They are a class of investors that began their businesses here as foreigners many years ago but have over the years become so deeply rooted that they can no longer be rightly referred to as foreign investors. Some of them have even naturalized and those that have not have really become an integral part of the Nigerian society and its economy.

They came from various parts of the world and found Nigeria a fertile ground for fulfillment of their dreams and visions. Some of them have moved their businesses from country to country until they discovered Nigeria and ever since they have been adding new lines to rapidly growing business empires. This underscores the reality of Nigeria’s investment climate. It contradicts the country’s international image – which casts a shadow across the immense opportunities here.

Many investors tend to discover Nigeria late after being put off for a long time by weak international rankings. The country, no doubt admits it has a difficult operating environment but that appears more than compensated by high returns on investment that is hardly matched anywhere else in the world.

Nigeria’s large internal market tops its economic credentials – the enormous consumer power in its people, which when appropriately served, puts incredibly huge wealth in the hands of the investor. Jean-Francois Boxmeer, chief executive officer, Heineken Group – that has its world’s second largest operation in Nigeria, captures the excitement over Nigeria’s economy. “I have found in this country a force, which is incomparable.”

The role of these investors in the growth and development of the Nigerian economy is immense, being a major stimulatory force to the nation’s economic engine. They have come in with investment capital, which presents a moderating force to the huge capital outflow that undermines the exchange value of the local currency. They buy goods locally for both business and personal consumption and therefore add to the nation’s purchasing power.

Their activities contribute a diffusing force to the prevailing external dependence that syphons off jobs and undermines the growth of local industries and businesses. They present a considerable force in employment creation, skills development and training – a valuable contribution to a nation where joblessness remains a major societal problem. Their indirect job creating ability is equally big in terms of the springing up of numerous suppliers and service contractors that keep operations streaming.

They produce goods and services that increase gross domestic output, adding value to the nation’s resources and meeting consumer needs in the marketplace. Being part of both the production and consumption functions, the multiplier effects of their operations are farer reaching than the import and distribution business that dominates Nigeria’s economic activity.

This group of investors also comes with new technology, expertise and innovation that give them a niche in the marketplace – which they transfer to Nigerian staff, leading the way also for other operators in the sector to match new standards in production, efficiency and product quality.

Consumers benefit from the operations of these investors in terms of variety of product offerings and new service options made available. These investors exert a positive influence on the marketplace by introducing new products to the market and creating new channels of service delivery, which spurs healthy competition and innovation in the business. Their presence also pays off by way of increased tax revenue to government arising from company taxes and taxes on incomes of workers employed directly and indirectly.

There are a large number of international private investors operating in Nigeria and they can be found in various sectors of the economy. In this edition, the searchlights of The Top 10 capture the far reaching contributions of this group in the development and transformation processes of the Nigerian economy. The editors reviewed the reports on a number of the key players in the group and picked up the top 10 from across several sectors and industries.

The top 10 members captured here are only a tip of the iceberg compared to the formidable economic force that the entire group of international private investors constitutes in Nigeria. These direct international investors have been described as the true friends of Nigeria. Policymakers, looking for short-term solutions, tend to focus on highly volatile portfolio traders often to the detriment of the real partners that the country needs to drive job creating growth. 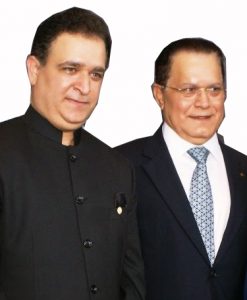