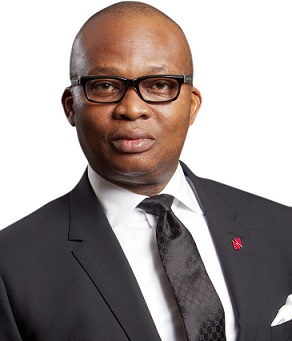 (For putting the bank in good stead and his break-out profit growth record, Uzoka is named one of the top 10 bankers of the year, 2019 by The Top10 Magazine.)

Mr. Kenny Uzoka, group managing director/CEO United Bank for Africa Plc [UBA], is expected to post one of the most improved corporate results for the 2019 operations. At the end of the third quarter in September 2019, he had positioned his bank for the highest profit advancement since 2013, breaking a trend of decelerating profit over the past three years.

He took steps in the course of the year to moderate the impacts of adverse operating developments that hindered profit growth in 2018. These are reinforcing revenue growth from a sharp slowdown in the prior year and limiting the impact of rising interest expenses.

Also, he retained the key operating strength that enabled him to defend profit in 2018 – write backs of previous credit losses. An 86 percent slash in net loan loss expenses had reduced the credit losses to the lowest figure in four years at the end of 2018. Another major drop in loan impairment expenses in 2019 powered profit capacity building in the year.

The development has brightened the bank’s full year revenue outlook for 2019 with a strengthened performance expected after a sharp slowdown in 2018. At about N405 billion at the end of September 2019, UBA boasts one of the biggest gross earnings in the banking sector. It is an increase of 13.5 percent year-on-year – which has placed UBA among the top revenue growing banks for 2019.

The top record growth in revenue and the big leap in profit margin powered management’s most aggressive profit building endeavour in six years. It was a white flag deserving report from Uzoka at the end of the third quarter when he showed a 32 percent profit advance for UBA. An after tax profit of close to N82 billion for the nine months was already ahead of the full year figure of about N78 billion in 2018.

The bank’s profit growth had decelerated over the preceding three years, ending flat in 2018. Uzoka has successfully charted the course for a major turning point for the bank in 2019. He has engineered a break-out growth that is set to write the best corporate earning story for UBA since it returned to profit in 2012.

The big profit capacity improvement happened with a combination of growing revenue and cost savings. The biggest cost saving was realised from loan impairment expenses – which remained on the path of decline for the second year. Credit loss expenses dropped by 37.5 percent at the end of the third quarter to N6.6 billion, after dropping by as much as 86 percent in 2018.

With the cost saving realised, the bank’s management improved income net of loan impairment expenses by 14 percent to N259 billion at the end of September 2019. The ability to keep credit losses dropping rapidly for the second year speaks loudly of significantly improving overall credit quality standard of the bank. That is also reflected in the double digit growth in interest income.

The bank’s management also extracted reasonable cost saving from operating expenses by maintaining a moderated growth. Uzoka was able to reduce the share of gross earnings devoted to total operating expenses to 40 percent – one of the lowest cost margins for the bank in several years.

Interest expenses remained a challenge for the UBA’s CEO for the second year. However he has made a reasonable progress in reducing the growth margin. In 2018, cost of fund rose by over 33 percent – three times ahead of interest earnings and left net interest income slightly down. At the end of the third quarter of 2019, interest expenses still grew ahead of interest income but the margin declined to 17 percent compared to 11 percent.

The effective cost management effort of the management changed UBA’s position from a decline in net interest income at the end of 2018 to a 5 percent increase to N159 billion at the end of the third quarter.

The summary of the operating story of UBA at the end of the third quarter is that management has built the biggest profit capacity the bank has seen in the past six years. Uzoka accomplished the feat by improving revenue and saving costs. Moderated cost increases enabled him to convert significantly increased earnings into profit.

For putting the bank in good stead and his break-out profit growth record, Uzoka is named one of the top 10 bankers of the year, 2019 by The Top10 Magazine.

Prior to his appointment, effective August 2016, he was deputy managing director, UBA Group and also CEO, UBA Africa, responsible for managing the group’s country subsidiaries across 18 countries in Africa as well as business in New York and London.

Uzoka’s mandate is to lead the development and execution of UBA Group’s long term strategy. The bank’s chairman, Mr. Tony Elumelu affirmed at his appointment that the new CEO was bringing in an extremely strong skill set and a breadth of financial services experience the bank needed for the next phase of its growth strategy.