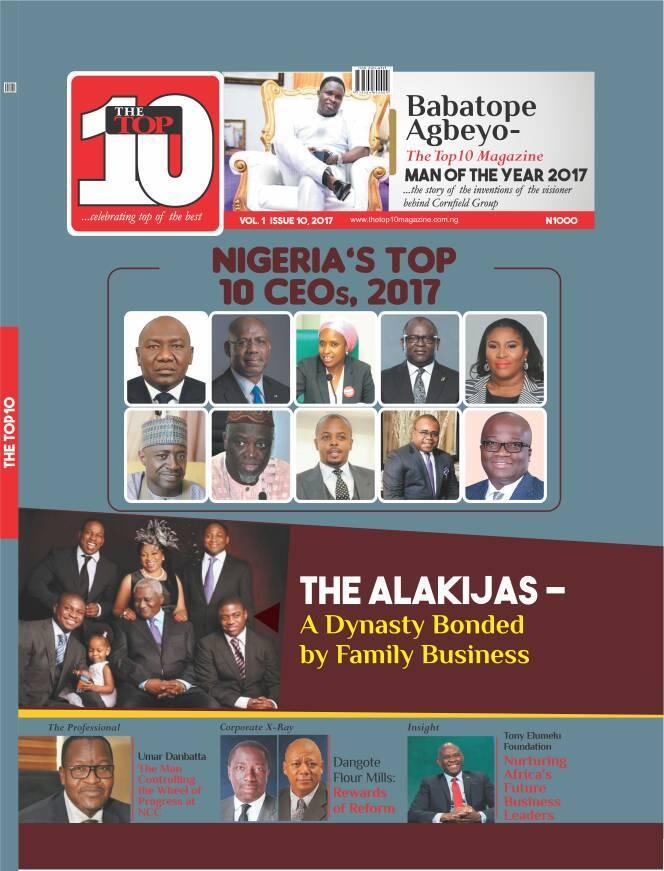 For corporate chieftains, fiscal 2017 represents a year of good hopes after the devastating impacts of economic recession derailed growth plans and targets for both public and private sector entities in 2016. The hopes for a turnaround from recession to a positive growth have been realised in the course of the year. GDP growth however remains too low to give company managers any comforting space for a smooth sailing of the corporate ship.

The economy has proceeded from a marginal recovery of 0.55% in the second quarter to a positive growth of 1.4% in the third. The improvement is a reflection of the gains recorded in crude oil price and oil receipts. It is expected that fiscal injections from budget implementation would prop up economic growth further in the final quarter.

Government spending isn’t yet providing a propelling force good enough to set economic recovery in full  motion and that stems from limited fiscal space and even more so from late approval of the budget. The 2017 budget was approved in May and only four months of implementation had happened as at the end of the third quarter. The subdued activities in the public sector equally ruled the operating environment in the private sector, leaving many doubting if the recovery has truly begun.

Consumer spending remained generally weak, as domestic prices stayed high though creeping downwards. Inability to pay workers’ salaries in public and private sectors and backlog of unpaid debts – including mounting supplier credits, remained a major hindrance to economic recovery and growth. The direct and indirect effects of these developments limited the gains in the level of economic activities and therefore shut out many people and businesses from the reviving momentum of the economy.

The Central Bank continued with stringent monetary policy through the year, which spurred the return of portfolio investors that have helped to stabilize the foreign exchange market and set the equities market on a sustained rally. Stability in the foreign exchange market has addressed the problem of sharp increases in cost of sales that hit most companies and institutions in 2016. With moderating costs, most organisations have been able to stretch out margins in 2017.

That however is only one side of the coin. The other face is high cost of finance that is in the worst cases more than operating profits. Users of bank credit have been under pressure for years now and there isn’t any respite so far in 2017. Banks themselves are feeling the pain in respect of rapidly growing interest expenses. For most of them, interest expenses are growing ahead of interest income as per the 2017 interims, pointing to a general decline or slowdown in net interest income.

Riding above the storm

Chief executives have had to do a lot of thinking outside the box and acting outside the comfort zones to extract the slippery growth for their organisation in 2017. Some of them can be said to have climbed as high as the iroko tree to fetch the firewood of progress they have registered in the year. Every outstanding corporate outing in 2017 is considered a clear case of having moved against adverse economic currents to deliver superior results.

Operating storms normally put management quality to the test and only those who are able to stand are counted for greatness. Fiscal 2017 seems to have put CEOs to a new test in terms of ability to place their organisations in the forefront of economic recovery. Is a CEO able to drive or join the moderate economic recovery force is the criterion for who makes the list of Top 10 Magazine’s top 10 CEOs of the year, 2017.

What it takes to win

Top 10 CEOs for 2017 constitute people of great courage, who stepped out to do seemingly the impossible and have in the process, rekindled hopes in systems and institutions in the public or private sectors. In times of general prosperity, some companies and institutions still fail to share in the good times. Yet, in the worst operating season, some companies do achieve extra-ordinary performance.

The difference lies in who leads the organisation. Some CEOs will enter an organisation and the business goes to sleep. Some others will enter and a sleeping institution wakes up to a lively regime. CEOs that added operational sweeteners and innovative spices to the business to produce exceptional results constitute the top 10 names in the Top 10 Magazine’s list for 2017.

Impossibility has been described as what nobody has done until somebody does it. Nigeria’s economic progress is seen to rest more in the realm of doing the impossible than rule book administrative mark time. The hopes for economic recovery and growth lie in people and institutions able to set counter-cyclical forces in motion.

Top 10 CEOs of the year, 2017 are made up of able people who took bold steps to drive business growth in a down time. In the search for them, Top 10 Magazine sought for people, who in spite of good excuses for doing nothing, turned the opportunities they found into great victories for stakeholders and for the nation.

Among them are leaders of companies and institutions that have employed innovative approaches to engineer great turnaround successes in the respective areas of their calling. They include CEOs of companies that have summed up courage to launch out when others are rethreading. One thing they all have in common and with which they inspire everyone else, is faith in the future of the nation.