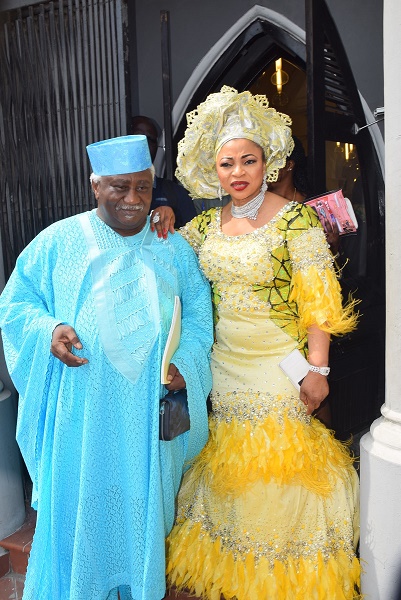 You read in previous editions of The Top 10 about dynasties involving a father and children in either the same or different lines of businesses, with the children running their own outfits.

The dynasty of Pastor Enoch Adeboye, General Overseer of the Redeemed Christian Church of God worldwide (RCCG), published in the edition preceding the one in your hand, stood out because it had the same family involved in the mega church, though with the children not holding commanding positions.

The Alakija dynasty stands out, because everybody, from father down to the children, is directly involved in the running of the family business that has put one of them on the world stage.

For many years in the 1990s, the name, Folorunsho Alakija, was synonymous with fashion. The name was used interchangeably with Supreme Stitches to mean the same thing. The change of the name of the outfit to Rose of Sharon House of Fashion did not alter anything. One meant the other, and vice versa.

But all that changed with the entry of Famfa Oil into Nigeria’s oil and gas industry. That is the name that has replaced Rose of Sharon in the consciousness of Nigerians when Folorunsho Alakija is mentioned. And that is because it is the name that has got Alakija listed among the richest people on the planet, courtesy of Forbes magazine.

Of all the three distinct businesses in the Rose of Sharon Group, Famfa Oil is, unarguably, the most prominent. It is the flagship.

The company was incorporated in September, 1991, with a vision to be the leading indigenous oil and gas exploration and production company in Nigeria. Two years later, on August 10, 1993, it secured the leasehold rights to oil prospecting license (OPL) 216, to explore oil on a 617, 000-acre block approximately 220 miles south east of Lagos and 70 miles offshore of Nigeria in the Agbami field, in the Niger Delta. This marked the company’s bold entry into the country’s highly lucrative oil and gas industry that is extremely difficult to penetrate.

The company entered into a joint venture agreement with Star Deep Water Petroleum Limited, a subsidiary of Texaco, which it appointed technical adviser on the exploration arm of the business. The deal involved acquisition of 40 per cent stake in Famfa Oil by Star Deep Water, out of which the latter sold eight per cent to Petrobras, a Brazilian oil company.

Famfa Oil is one Nigeria’s largest wholly-indigenous oil and gas companies. The company is involved in crude oil export, with a commitment to be involved in the development of the largest and deepest offshore discoveries in the Gulf of Guinea.

In its determined bid to expand its horizon, Famfa Oil is continually involved in discussions with organizations with similar interests, with a view to exploring new opportunities, including joint ventures, which may open in the oil and gas industry in Nigeria, Africa and other parts of the world.

Modupe Alakija, the patriarch of the clan, was born in February, 1944. Not much is known about the effable, quiet and generally unassuming lawyer who is the chairman of Famfa Oil.

An introvert whose wife describes as quite shy, he isn’t the regular Nigerian man who would be quite uncomfortable living in the shadows of his very popular wife – one that got listed among the richest in the world. He does not seek to attract attention, and is content to remaining in the background and pushing his wife to attain the heights she has attained so far.

The couple met at a party in Lagos, shortly after Folorunsho returned from England. It was a party that was attended by her brother and his wife, and she naturally sat at the same table with them.

A bold Modupe walked up to the table to ask why she chose to sit with her brother when she was a grown-up who should be free to sit anywhere. It was an intrusion Folorunsho’s brother did not find amusing, but the deed had been done. The chemistry between man and woman had already become apparent, and they both managed to know a little about each other that evening before they left the party. The rest, as they say, is now history.

They have both been married for over four decades, in a union that has been a role model to quite a lot of people

Folorunsho is the executive vice chairman of Famfa Oil. She was born on July 15, 1951 in Ikorodu, Lagos State, to the family of Chief L. A. Ogbara, who had a large family that comprised eight wives and 52 children. She was the second surviving child of her mother, who was the first wife.

Folorunsho was only seven years old when she and her sister were sent to study abroad, in Dinorben School for Girls at Hafodunos Hall, Wales. They were the only black girls in the school. Their school mates gave her the name, Flo, when they could not pronounce Folorunsho, and her sister whose name was Doyin, they called Doyle.

The two sisters spent only four years in the school, and were brought back to Nigeria because the parents did not want them to lose their African values, culture and tradition.

She had her secondary education at the Muslim High School, Shagamu, Ogun State, and did secretarial studies at Pitman College, London.

Folorunsho started her carrier as a secretary at Sijuade Enterprises, Lagos, in 1974, and later moved to the National Bank of Chicago, which later became FinBank. The bank was later acquired by First City Monument Bank (FCMB), in the recapitalization exercise of 2004.

She left the bank in 1984 to go to London, where she studied fashion designing, returning after one year to set up Supreme Stitches, in a three-bedroom apartment in Surulere. The fashion outfit was the toast of women of substance in the 90s, especially wives of military bigwigs. She emerged the best designer in Nigeria just one year after setting up Supreme Stitches, and later changed the name of the company to Rose of Sharon House of Fashion.

Folorunsho is credited with championing the emergence of a virile and highly lucrative fashion industry in Nigeria, as the pioneer president of the Fashion Designers Association of Nigerian (FADAN). During her tenure, she led the vanguard for the promotion of Nigerian culture through fashion, using Nigerian fabrics to register the country in the global fashion map.

She remains a trustee of the association till date.

It’s an understatement to state that Folorunsho has accomplished quite a lot in her over three-score years on earth. Her doggedness and never-say-die attitude to her pursuits saw her make a bold entry into a male-dominated industry like oil and gas, literally shattering the glass ceiling. And while some of the men who got oil prospecting licenses sold off their licenses and walked away with the easy cash, she stuck to her dream to be a major player in the industry, wading through the labyrinth of several obstacles, including a protracted legal battle with the federal government, to emerge a woman the world couldn’t but notice.

In 2014, Folorunsho was listed by Forbes as the 96th Most Powerful Woman in the World. The following year, the same magazine placed her at number 87 on the list of 100 most powerful women. He compatriot, Dr. (Mrs.) Ngozi Okonjo-Iweala, also made the list.

On July 1, 2013, the government of former president, Goodluck Jonathan, inaugurated the National Heritage Council and Endowment for the Arts, and appointed Folorunsho vice chairman of the council.

In 2015, she replaced Oprah Winfrey as the richest black woman in the world. Her net worth is reported to be in the region of $2.1 billion, though estimates put her above that figure.

Folorunsho has over the years directed her efforts at giving back to the society using her Rose of Sharon Foundation, a not-for-profit organization, to empower orphans and widows, giving their lives a meaning.

The organization has supported more than 970 widows, and offered scholarships to about 1, 366 indigent children.

Her company, Famfa Oil, was a member of a consortium comprising Chevron, Statoil, Petrobras and the Nigerian National Petroleum Corporation, that donated a hybrid library to the CMS Grammar School, Bariga, Lagos, in April, 2015.

Folorunsho is a minister of the Gospel. She established the Rose of Sharon Ministry as a platform to minister to those in need of both spiritual and material succor. Occasionally, the ministry organizes public seminars where motivational speakers give tips on surviving in the harsh times, such as which the country currently faces, to mostly women start-ups.

Ladi is the eldest of the four sons of the Alakijas. He is an executive director and shareholder at Famfa Oil. He is happily married.

Rotimi is also a director at Famfa Oil. Apart from his involvement in the family business, he is also into real estate, and is significantly wealthy.

Folrain is an executive director at Famfa Oil. Nigerians did not know much about him until sometime in 2015, when a staged a show-stopper of a wedding involving him and Nazanin Jafarin, an Iranian national, in Lagos.

Dele is the only son of the Alakijas that has yet to tie the nuptial knot. He is very modest and on the quiet side, just like the father, always preferring to remain anonymous. 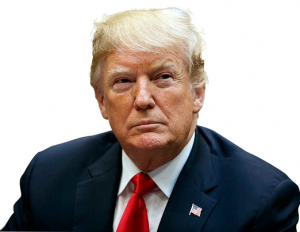 The Trumps – Inside the dynasty ruling world’s most powerful democracy 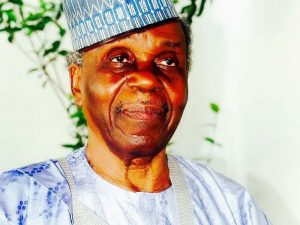 Inside the Dynasty of the first lawyer from Northern Nigeria, Abdul Ganiyu Folorunsho AbdulRazaq 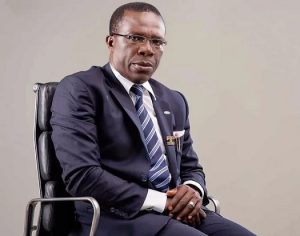